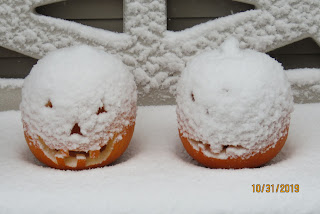 Today was a snowy, cold and windy day.  A good indicator of what is coming.  We had 3 inches of snow, the most recorded for Halloween.


Stuck my head out the door for a few pictures and then the remainder of the day was inside watching TV. 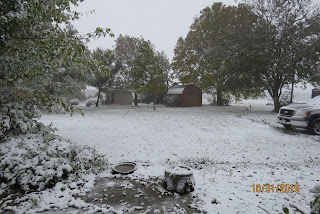 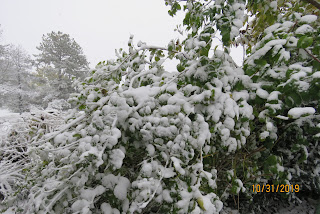 Nice ending to the day. 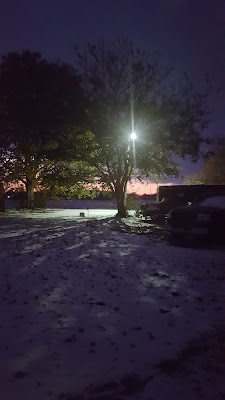 Tomorrow is Halloween and the weather forecast calls for 2 to 3 inches of snow tonight and in the morning.  Too early!

I've been doing a few thing to the MH this past week while it was warmer.  I finally replaced the old 2002 25 inch TV in the front room of the MH with a nice 32 inch flat screen that uses much less amperage.  I was not able to use the old one off grid, but this one I will be able to.  Glad to get rid of that heavy relic. 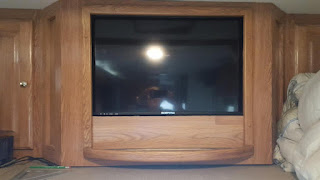 I also added a smaller inverter to go with my 3000 watt converter.  This one is 1100 and uses slightly less amperage while running.  Both are still in place so I can easily switch back if I have problems.

I'm looking forward to heading south late November, especially with this winter weather we're going to have.  I have all my doctor appointments in November.  I feel pretty good and believe all will go well, but one never knows.

I was diagnosed with diabetes last year and went on a low carb diet immediately.  I have done well and I do check my glucose regularly and it is now staying under 115 as an average.  Much better than the 160 I had before.  I have had pre-diabetes for many years and I can live with that label, just not the diabetes label.  The only problem I have with the carb diet is keeping my weight up to a comfortable level.  I know.  There are alot of people who wish they had that problem.

Fall came so fast the leaves have already changed and many have blown off the trees with the winds we have had recently.  Don't think Dolly and I will be going north to see the Fall leaves next week.  Have to wait and see how the weather goes this week.

Have a fun and safe Halloween!
Posted by Doug Laning at 8:29 PM 10 comments: 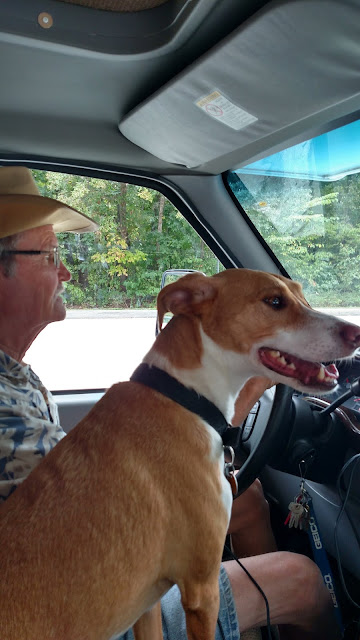 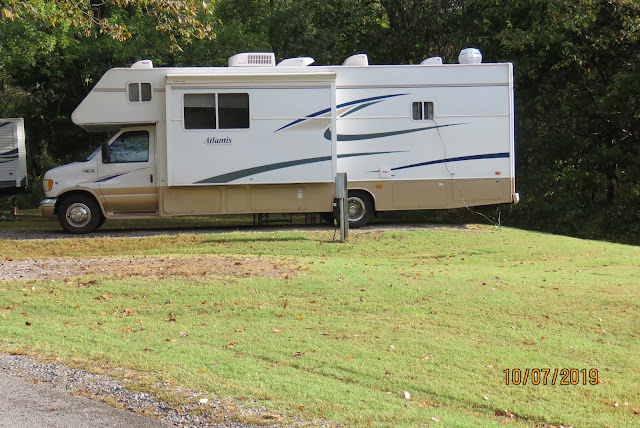 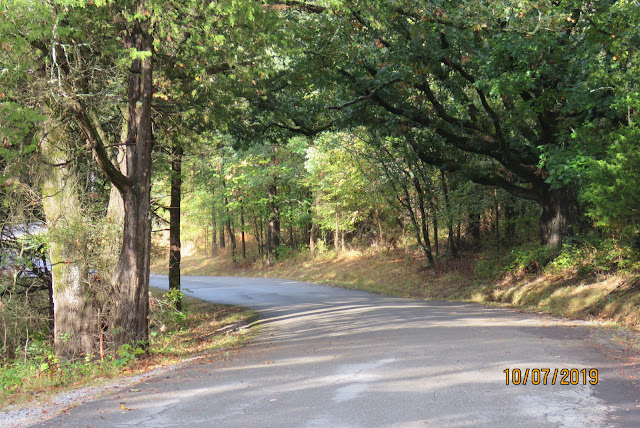 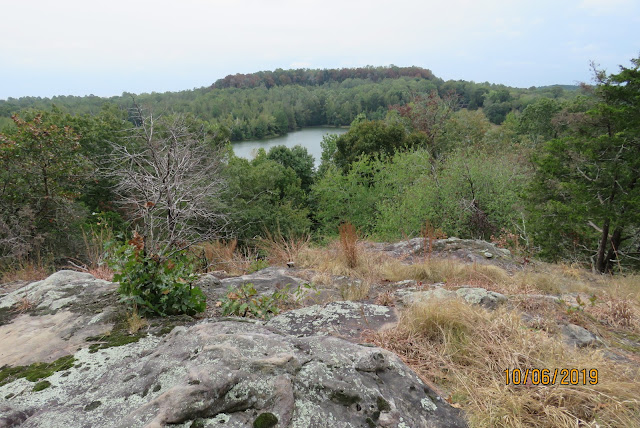 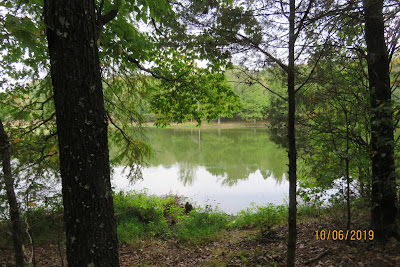 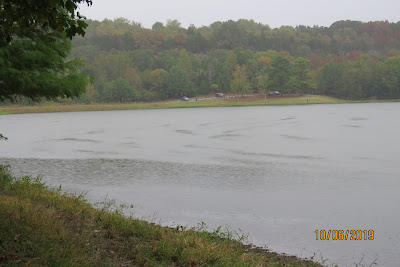 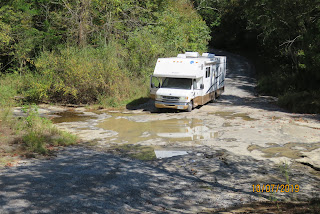 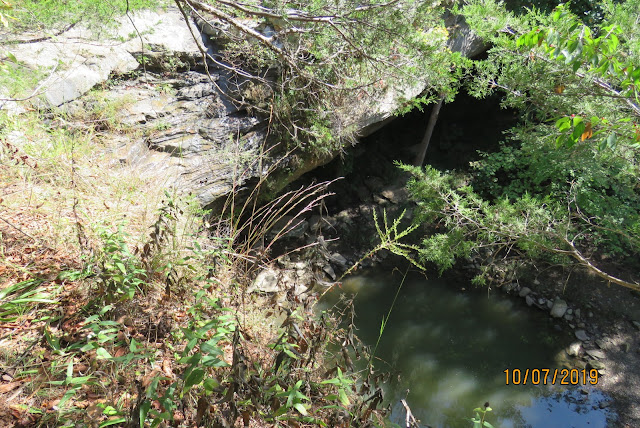 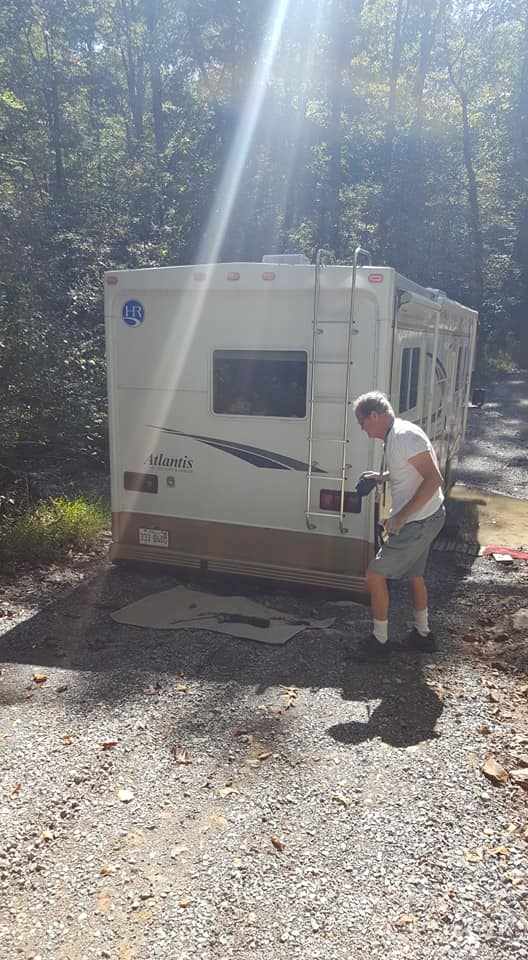 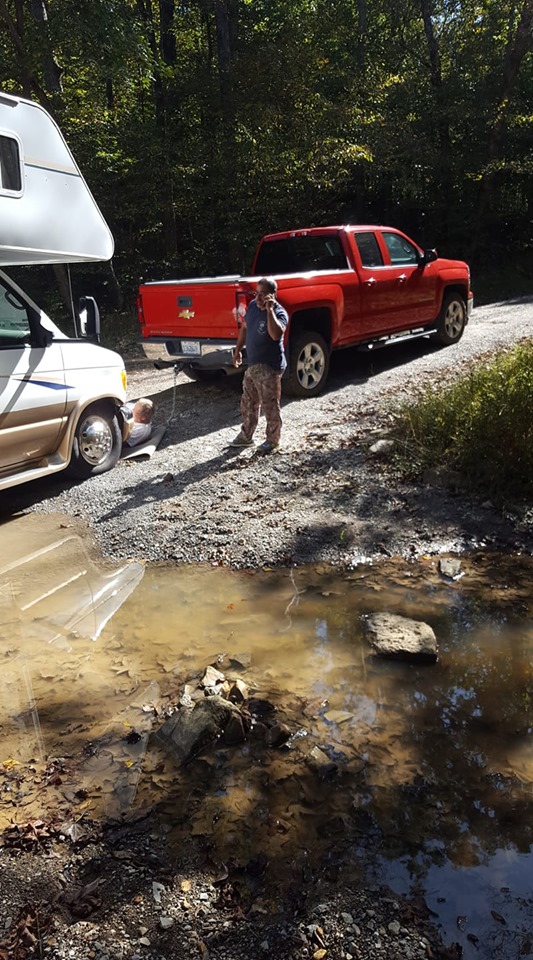 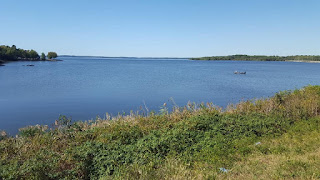 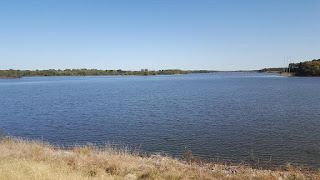 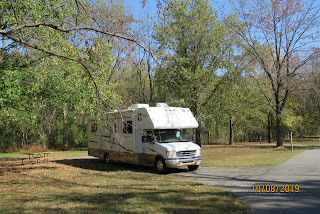 Good to be home even though we were only gone for three nights.
Posted by Doug Laning at 10:06 AM 17 comments: