Working around the house and visit with friends

This morning was another normal day of waking up to sunny skies and warm temperatures.  Poor Dolly back home is getting ready for bone shivering cold for the next week along with most of the nation east of here.

Later in the morning after breakfast I went to the Dollar Store near Salton City to pick up a light I saw there the other day, but when I went inside and saw the line at the counter I decided I didn't really need it that bad.

Yuma likes riding in the Jeep so took another tour of Salton City down near the sea.  Went into a sub division and was shocked.  The area had been built with dead end canals so that everyone could enjoy the water in their backyard.  Unfortunately, as you know the sea receded and left them with an ugly and stinky ditch. 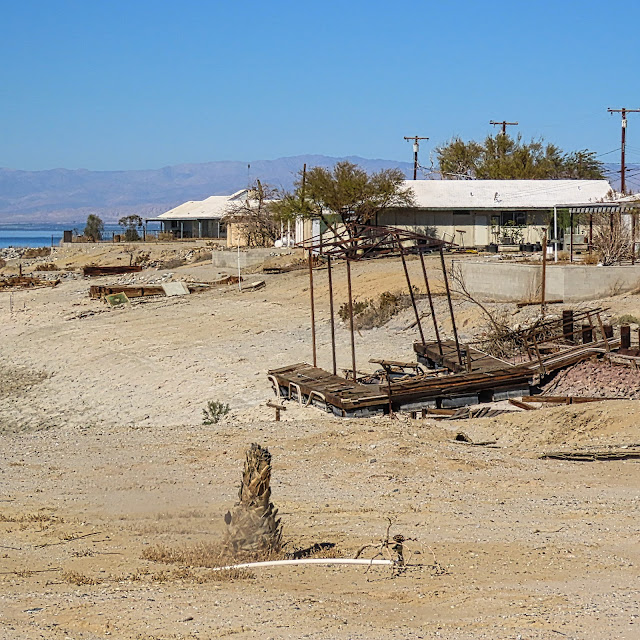 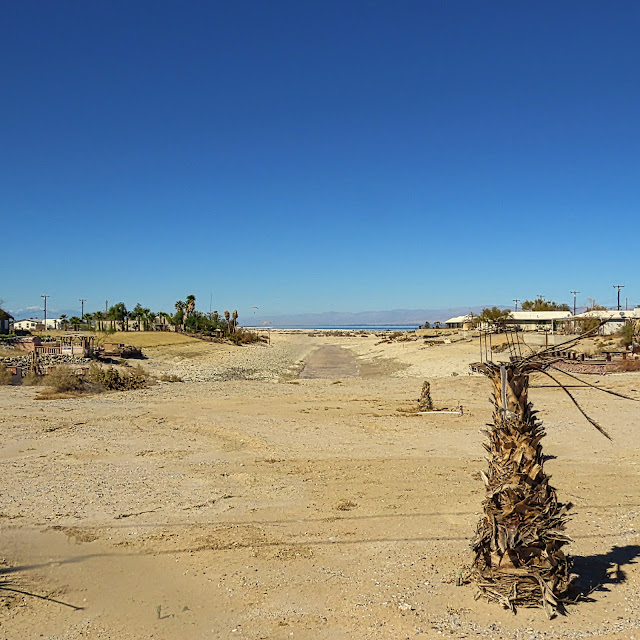 These poor people have lost their shirts on the property value of their homes.  All the docks are dry rotted.  There were row after row of ditches with homes on them.  But no sea.

When I got back to the White Lion, I had several things that needed to be repaired so decided to get on them.

First, I had a tear in my awning at the seam about three feet long.  I had the tape and today there is no wind so time to geter done!

Thought if I fell, it may help my neck even more 😄.  I don't think even Yuma believes that.

The second thing that really needed attention was the RV right side bumper. 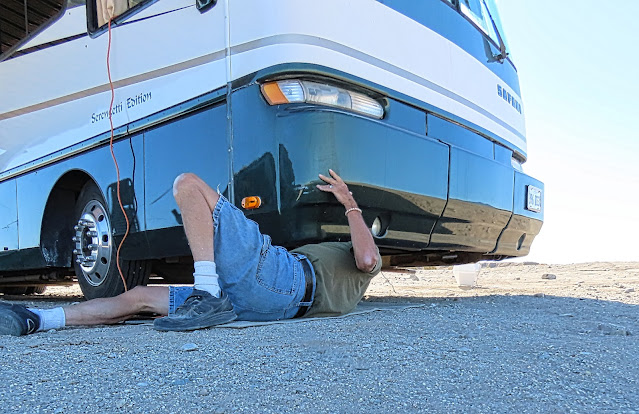 It was about to fall down on that side.  They had screwed it on and the bumping around had pulled the screws from the fiberglass.  Should have used bolts.  I only had one bolt so replaced one of the three screws with that bolt and all is good for now.  At least I can get off this bumpy road I'm on to the highway without fear of leaving my bumper in the desert.

Had a date to visit at 4:30 with a long time commenter, Jeff.  Jeff (Ruffin it with Rufus) and his wife, Fran came over the mountains from San Diego to camp in their RV at Peg Leg near Borrego Springs for the weekend.  Perfect opportunity for us to get together and become acquainted. 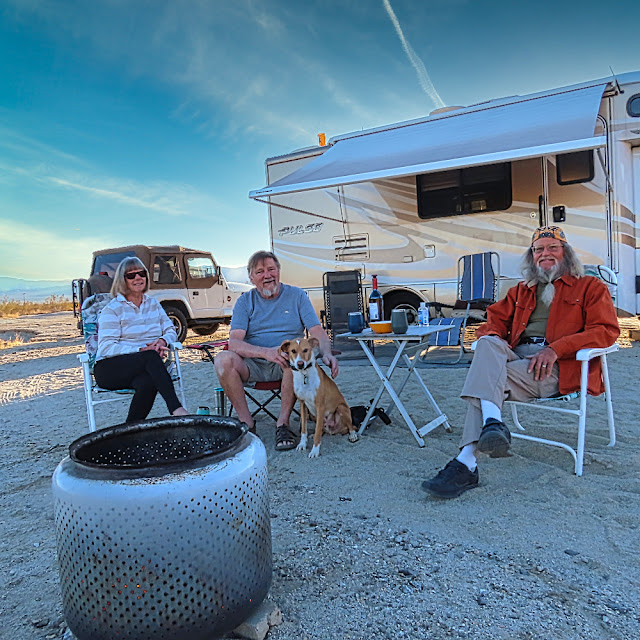 Interesting.  Jeff uses an old clothes dryer barrel as a firepit.  Works great!  Just throw in the wood, the smoke goes up and the heat comes out all the holes around the barrel.

Had a great two hour visit with them.  Jeff had a plate of snacks for Yuma, so now Yuma has another people friend👨.  He also made friends with a young dog too. 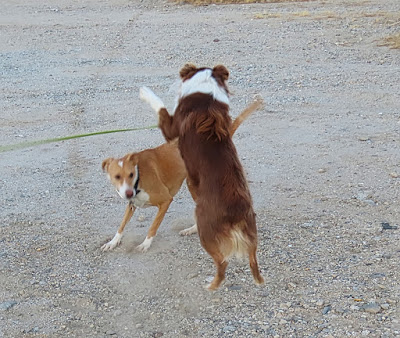 When we got home I started on my post for the evening and will a sandwich for dinner and then hopefully, I can catch Gold Rush before I go to bed.  Otherwise, I'll catch it next Friday.

Have a good day.  See you later.