First off I must say the rest area last night was very noisy.   Truck sounds from I-40 and we had to park along the exit of the rest area so trucks were gearing up and passing right next to us most of the night.  The place was overloaded with trucks.

We did manage to sleep most of the night despite the noise and because our bodies are still on CST we woke at 8 o'clock and had breakfast.  We were out of there at 9 and stopped for diesel soon after.  That took about an hour and we were actually on our way towards Deming, New Mexico at 10 o'clock.

We were soon turning off I-40 onto hwy 54 finally heading south.  My two traveling companions were ever vigilant. 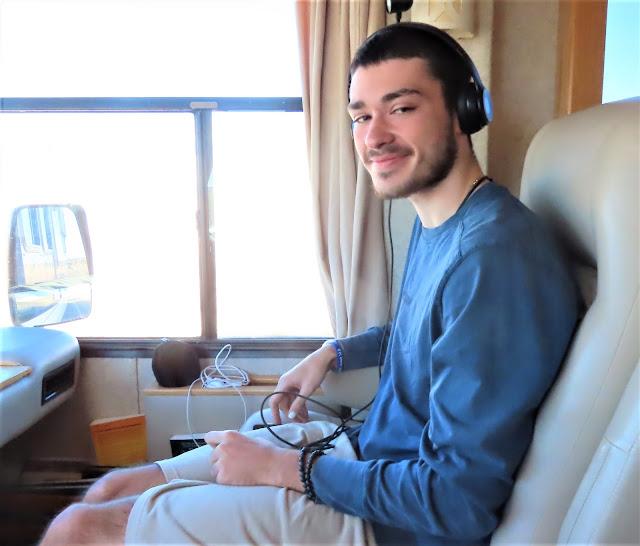 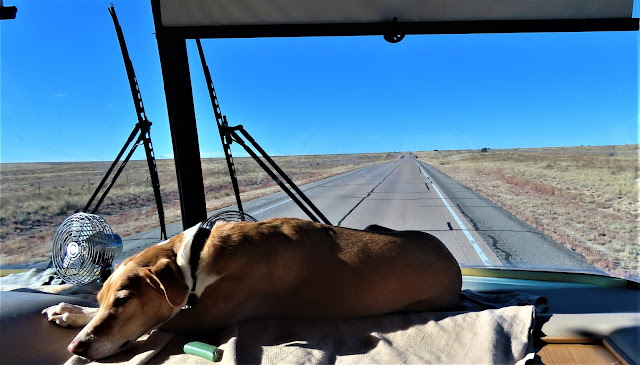 I must say the first part heading south was a lonesome highway with not much to see.  Nick managed to find something.

It wasn't long before we started seeing mountains in the distance. 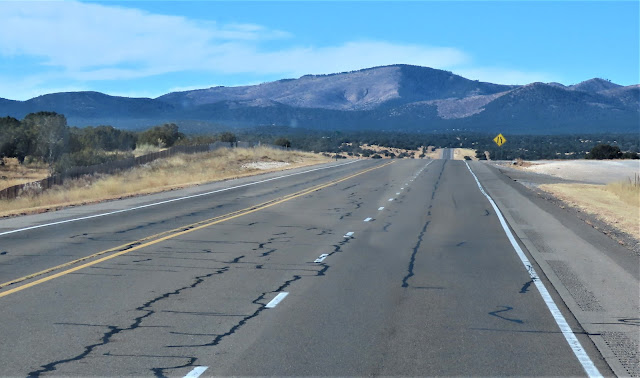 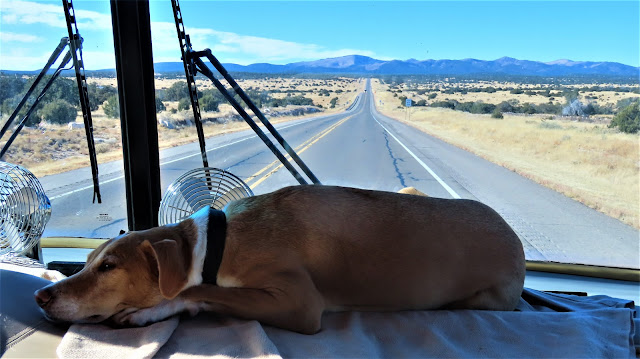 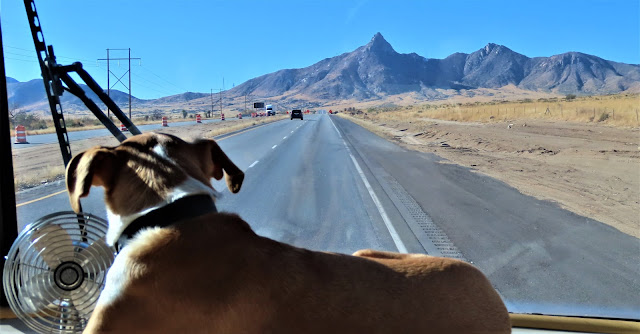 We pulled over in a small town at a closed building like many are in these small towns and had lunch at noon. 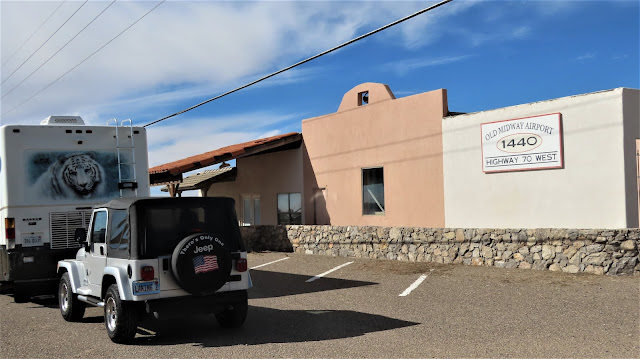 After lunch we passed the White Sands National Park.  Didn't stop because we'll see a lot more west of Yuma later next month.

Then we started approaching Santa Cruz from the east and I had forgotten there is a mountain pass to go through and it was long and steep.  I had the White Lion in first gear and crawling at 30 mph with the water temperature rising, but we just barely made it over.  For a minute there I thought I was going to have to stop and let it cool down.  Luckily there was a passing lane and very little traffic.

Climbing the hill out of Santa Cruz, we passed a fuzzy Road Runner.

Overall, hwy 54 and 70 were very smooth and well maintained.  It was an enjoyable scenic drive.  We finally hooked onto I-10 and less than an hour later we are now in the Deming Walmart parking lot for the night.  Made good time today as it is only a little after 3.  Checked at the service desk and they gave me the high sign for overnight.

Tomorrow our goal is the west side of Tucson, only about 3 hours west on I-10.  Looking forward to a short drive.