We Blew Right Thru Texas

I woke up early this morning at 7 A.M. ready to roll.  Decided to not have  breakfast or read the news or read my blogs till this evening.  It was still dark when we stopped at the Walmart service station and filled up, but the sunrise was just starting with a glow off in the East.  Checked my tires and they were all good.  Glad it was just a loose stem.

We made good headway going down I-44 towards Wichita Falls, Texas and then made a right on US 277/82 towards my planned stop for the day, Lubbock, Texas.  Still had over a half tank of gas when I left I-44 never thinking I should fill up before going on to Lubbock.

I went by the little town of Seymour where 277 went South and 82 went West.  I saw a gas station, but had already made the turn West on hwy 82, so decided to go on.

Little did I know the next gas station wouldn’t be for another 120 miles.  By the time I got to the little town of Crosbyton, 35 miles from Lubbock, my red low gas light was shining.  Needless to say, there are a lot of rolling hills in Texas with very few towns. 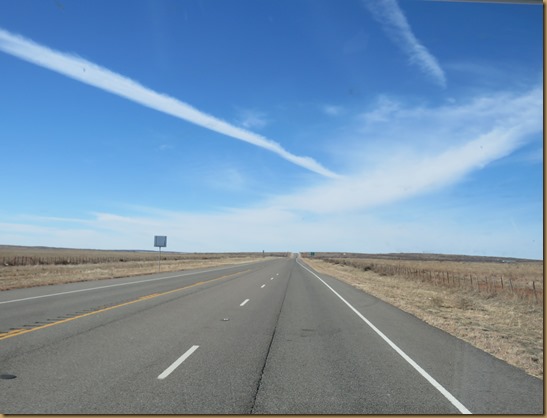 Lots of open prairie out here. 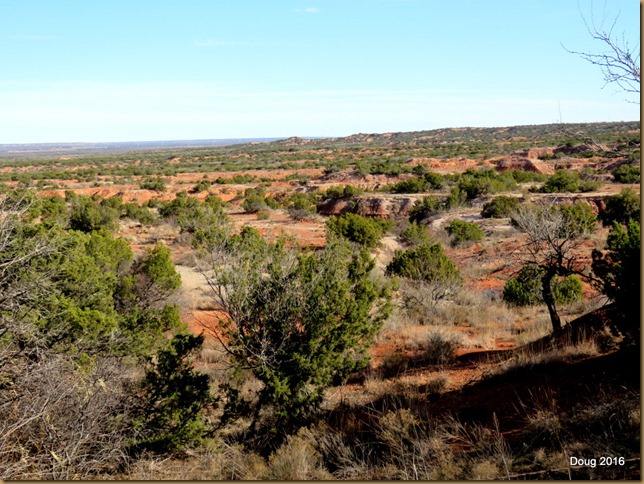 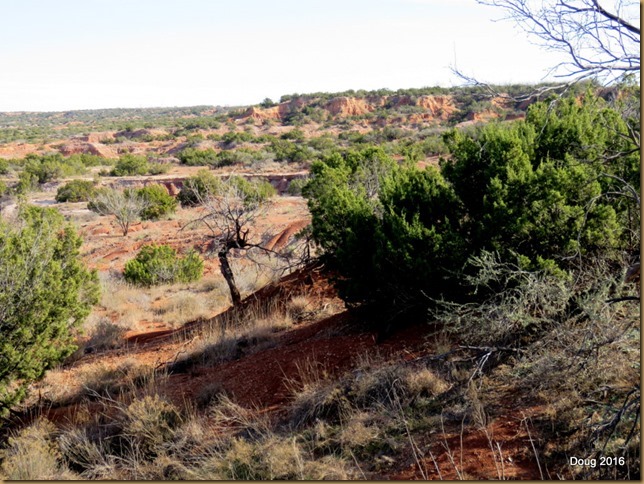 However, since I started so early, I arrived in Lubbock a little after two and that is just too early to end the day.  So, I set my sights on the little town of Seminole, Texas, about 60 miles further down.  They have a Walmart, but when I got there, I found out it was not a super center, but just a small one with a small parking lot.  There were signs posted everywhere saying No Trucks, No Trailers, No RVs. 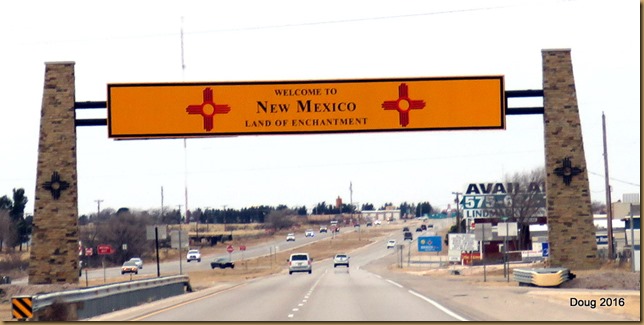 Checked the internet and found that Hobbs, New Mexico had a Walmart Super Center, so headed another 25 miles West just across the Texas line to Hobbs.  Sure enough, checked with the management and she said “Sure”.  So, here I am, checked in for the night around 4:30.

So my plans to stay in Texas went by the wayside.  Traveled 450 miles today and because of this, I will be able to knock a night’s stay and be in Deming, New Mexico tomorrow night instead of on New Year’s Eve.  I have a better place in mind for New Year’s Eve.