Woke up quite a few times during the night for no particular reason.  Finally around 5:30 I went to sleep and when I woke at 7 o'clock I felt tired.  Got up at 8 o'clock to start our day.  Yuma enjoys his morning runs.  No more snow on the mountains. 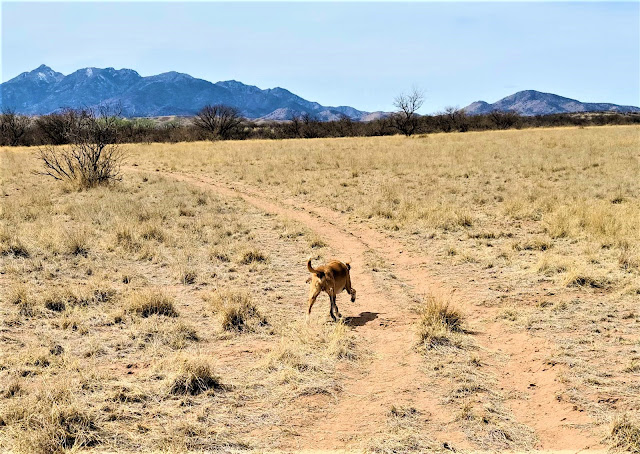 I have no plans for the day except just to enjoy it.  It was 58 by 9 o'clock and supposed to warm up to 70 this afternoon.  As I was getting coffee ready I heard a familiar sound outside. 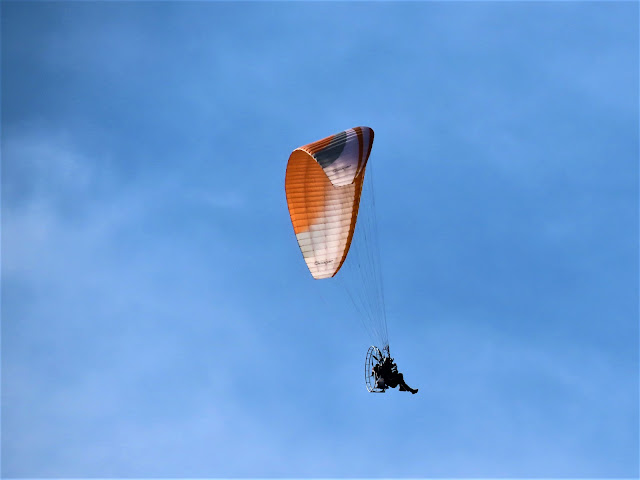 Thought I was back at the Salton Sea for a moment.  Only one though!

Went over to Tom and Deb's for our morning coffee and chat and around 11 o'clock came back to finish my breakfast routine.

I didn't go anywhere today and just stayed around the site and enjoyed the day.  I did see a hummingbird at the feeder, but gone before I could get the camera.  Saw Red a little later for the first time in days but he didn't stick around either.  Zero for two today😩

Yuma was a chasing fool today.  Chased after Ravens twice and he saw a cow across the road and he was gone in a flash.  Funny how he ignores horses but he cannot stand cows.

I didn't see much except for the cow running off and Yuma just turning around and sheepishly walking back because I was yelling at him.😖  He doesn't seem to want to chase them, just scare them.  Just don't want him to run into one that doesn't run and kicks him instead.

Tom and Deb went on a road trip and when they returned we met for happy hour inside.  The wind had picked up and the air felt cool.  It's supposed to cool off next week with highs in the low 60s and lows in the mid 30s.

As I was fixing dinner, I caught a picture of the sun setting.  The wind has died but I can see clouds moving in. 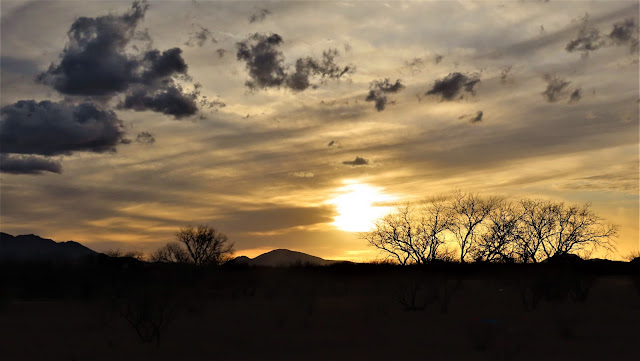 With the weather turning cool again I'm seriously considering going back down the hill towards Tucson soon.  Been here 17 days and this is the longest I've ever stayed in one place in all my years on the road!  Definitely time for new surroundings.