Awake and moving at 7:30 this morning.  Going to be a busy morning and I want to get an early start.  It's going to be 88 this afternoon, so best do my work this morning.  Amazing how we went from cool to hot so fast, but I guess we are now near normal.  HOT!

Started my breakfast routine and tried to relax a little.  Took Yuma over to the Dog Park and on the way back checked for water leaks and it was dry!😁  The finger crossing did it or maybe it was Jerry's excellent work.  I owe Jerry and Elva some of my great grilling when I return next winter.😏

Right after breakfast Yuma and I took a shower.  I was so tired last night I just waited till this morning to get all the dirt off me.  I also called the RV repairman to let him know the problem is fixed and he needn't come by tomorrow evening.  Then we went over to wish Jerry and Elva a safe journey. 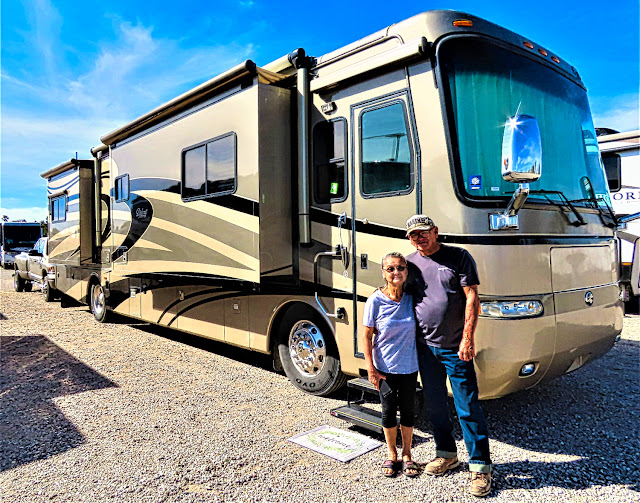 It wasn't long after, Yuma and I were also on the road.  We only have 30 miles to go so won't take even an hour.  We are headed back west to BLM land at Snyder Hill on the west side of Tucson.

Once I was on hwy 86, it wasn't long before large hills appeared 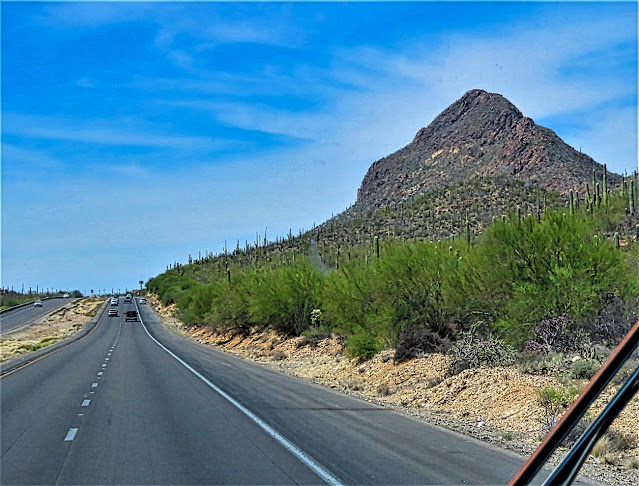 and then we were there at 12:30.  Found us a site just off Old Ajo Hwy that was large and flat with a fire pit right near Snyder Hill. 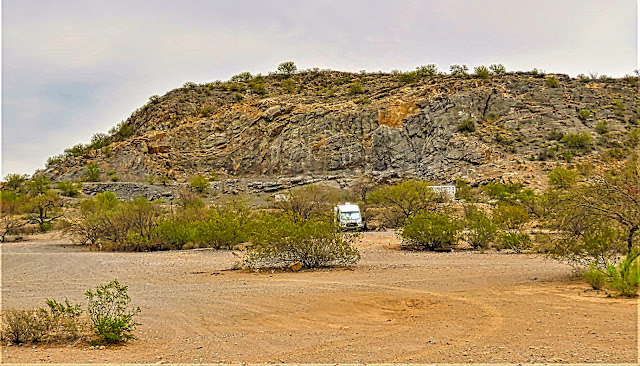 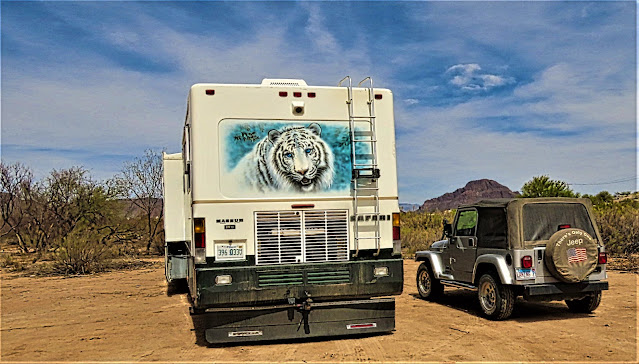 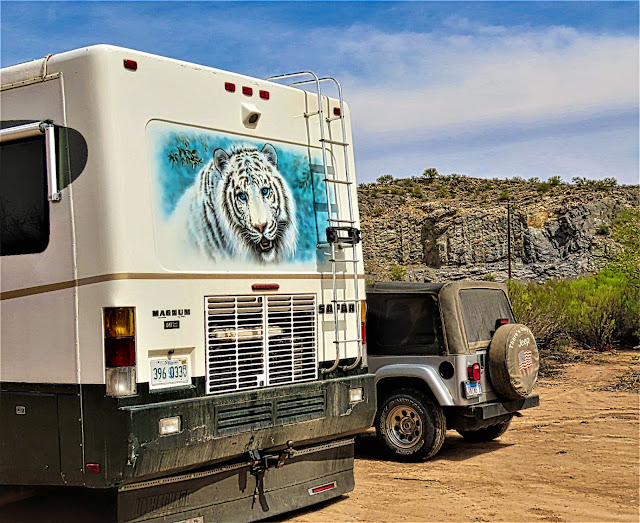 As usual, Yuma was hesitant to leave the MH so I took him for a walk around the area so he would feel more comfortable.  You can barely see the White Lion through the trees. 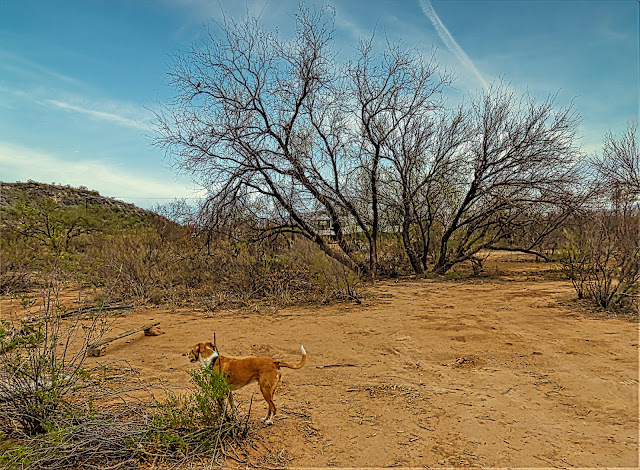 It clouded up later in the day but still very warm.  I was thankful for the cool breeze.

The weather looks good for a trip to Mt. Lemmon tomorrow.  Excited to show you that 27 miles of views up to the top of the mountain.