I was woken this morning at 7 o'clock to the sounds of pounding hoofs outside my window.  Riders were exercising their steeds for tomorrow's endurance competition.  Just for fun I did a Google search and came up with a FB site for the event.  The name is Old Pueblo Endurance Rides.  The event will be 25 and 50 miles in length over the weekend.

Cool out but pretty with puffy white clouds, but calling for wind later today. 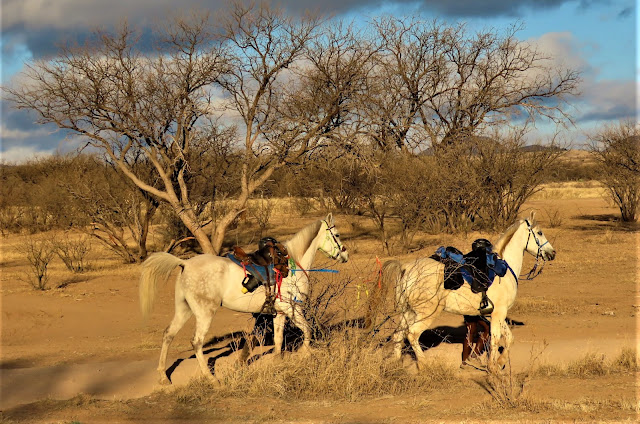 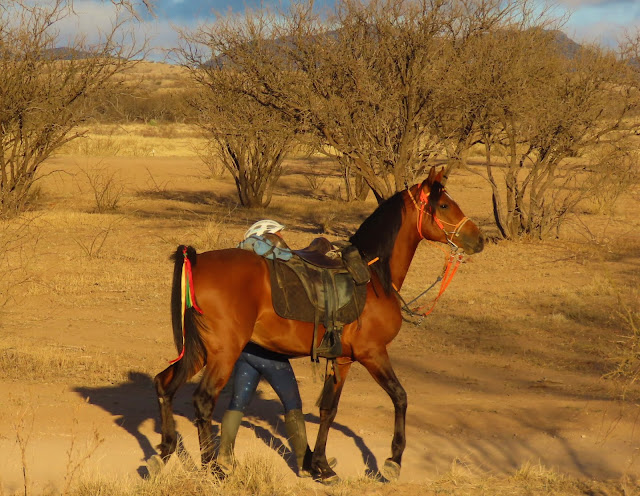 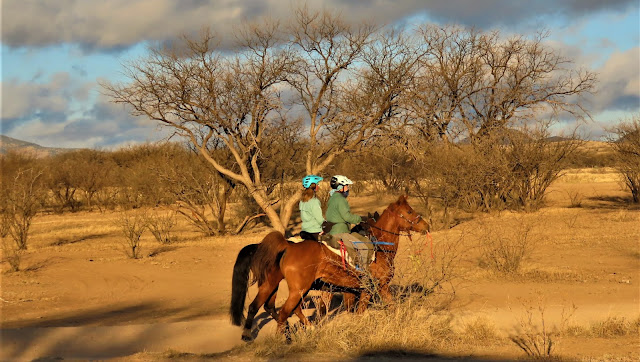 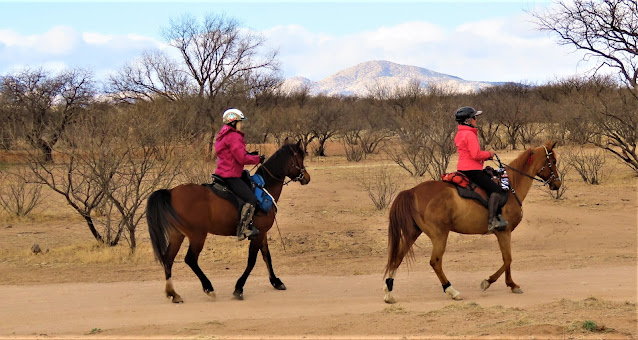 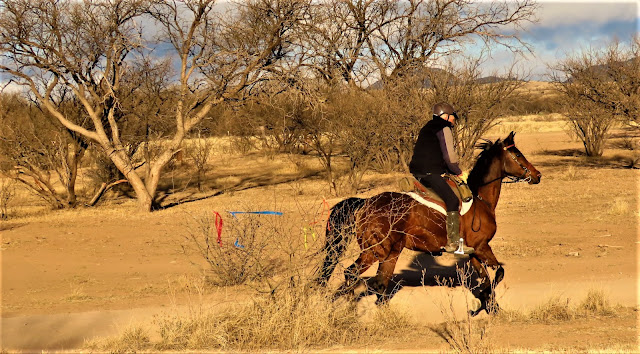 First thing we did during our breakfast period is walk around because Yuma wanted to go outside.  It is beautiful this morning, but a little brisk at 40 degrees.  I had a very long breakfast this today.  Yuma watched the horses go by, but thankfully he has no interest in chasing them.  He is a good boy! 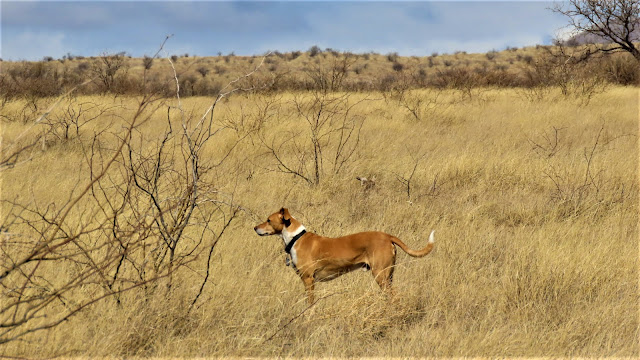 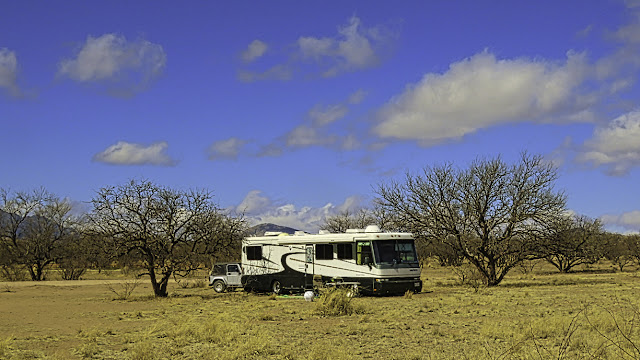 I was surprised when I looked out my window and saw my friend the Flycatcher staring back at me.  I think it is a regular around here.  Now, that guy is plump.  Saw it twice fly to the ground and come back with a bug. 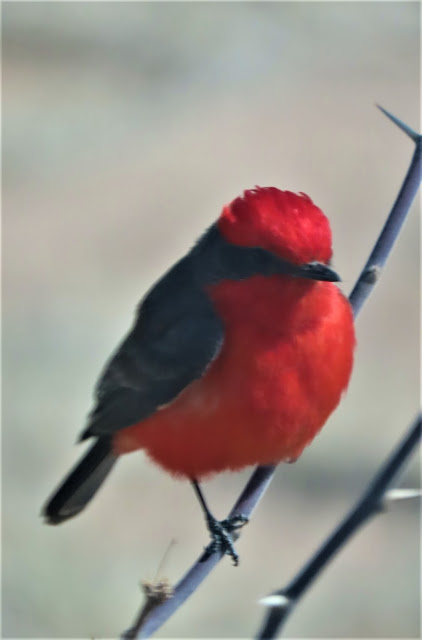 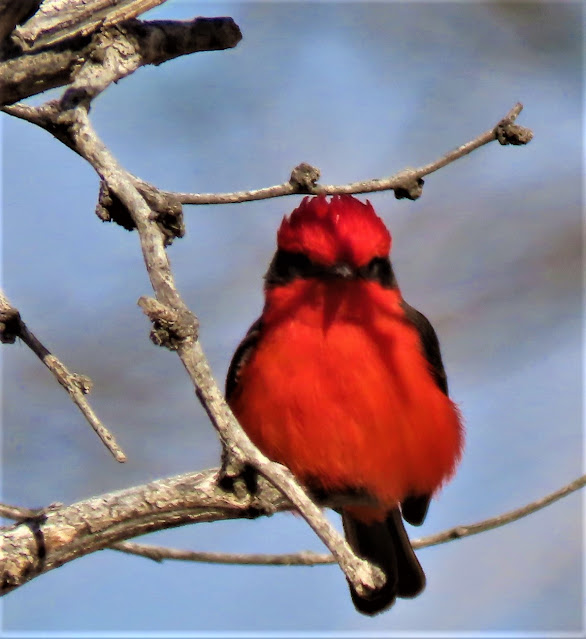 Got a call from Deb this morning.  She and Tom had rain all last night on Darby Well Road and left this morning to go to Why to dump and take on water.  They noticed that the clouds were very black to the east towards Tucson.  After talking a little bit and me telling them that it was going to snow here tonight they decided to stay at the RV park in Why.  Being from upper Michigan, guess that isn't what they wanted to hear😁

The horses kept going by all day, so a few more shots of the horses is in order. 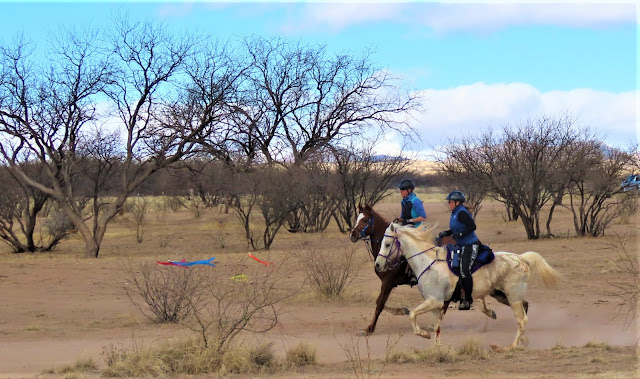 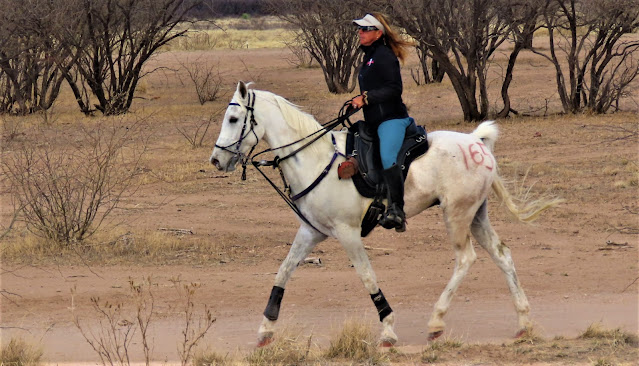 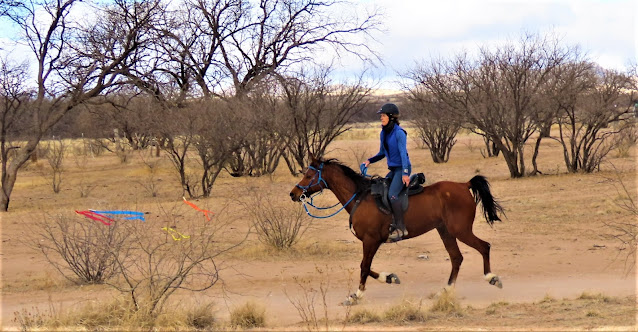 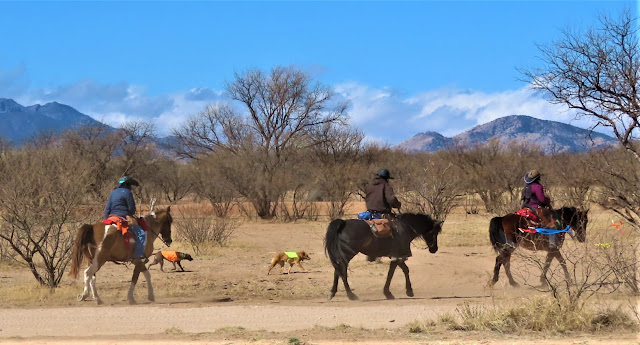 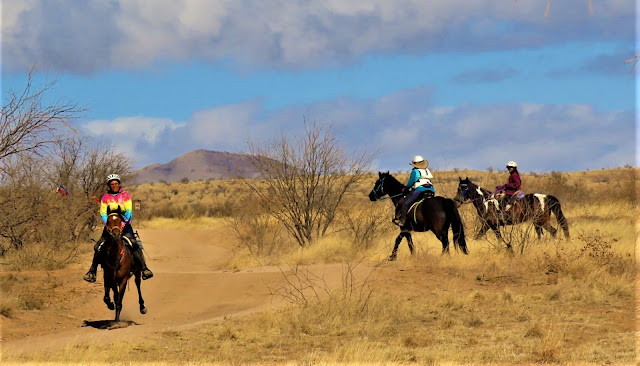 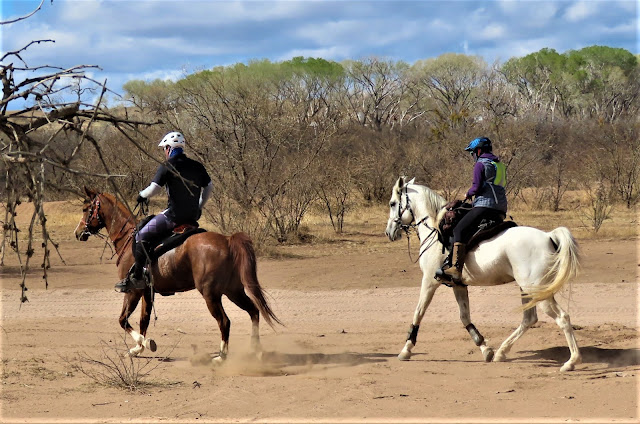 Had some neighbors move in east of me this afternoon.  They have three dogs with them and the first thing the dogs did was chase after a couple of horses and they had to grab their Jeep to chase them down.  Not a good way to start your weekend.  I think they know what's going on now and have their dogs under control. 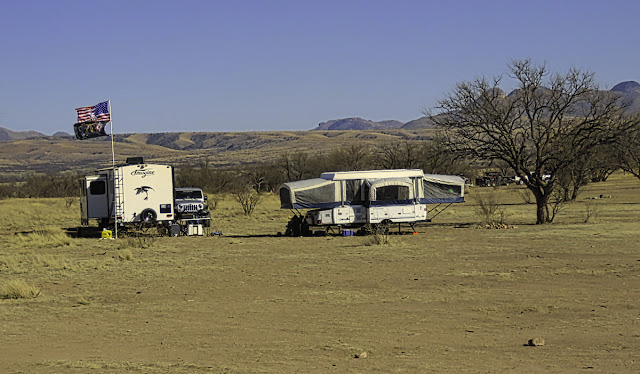 Yuma just had to meet the one dog that stopped for Yuma instead of chasing the horses.  Looks like a chubby German Shepard from this angle😁 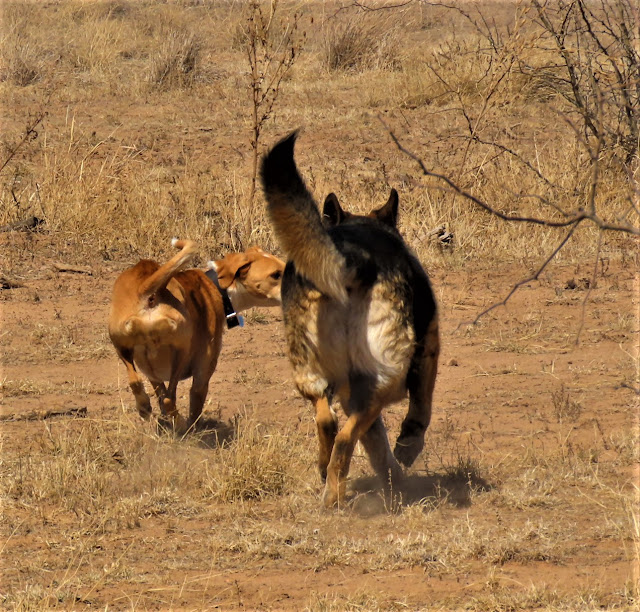 A few more horse pictures for the fanatics out there. 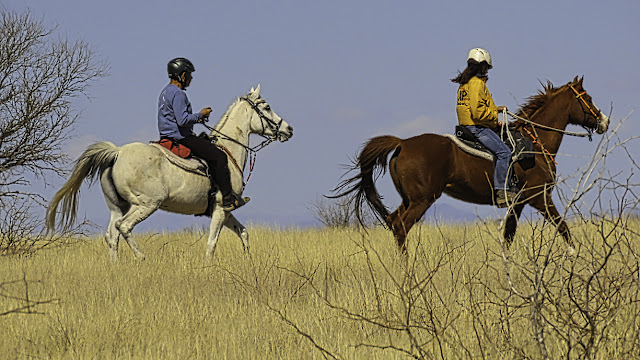 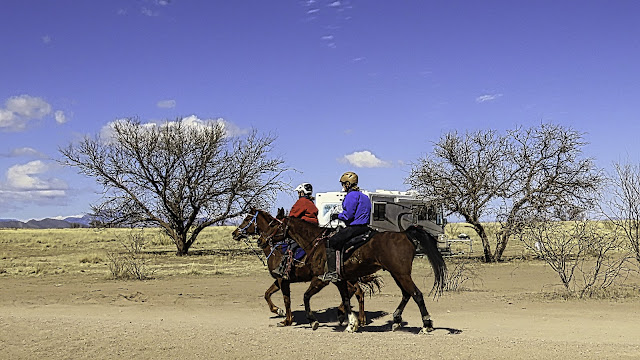 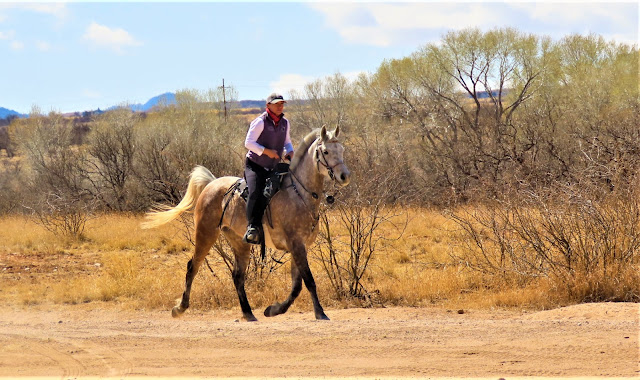 Enough for the day!  It is getting time for dinner and then Gold Rush.  Got to get ready.
Thanks for stopping by.
Posted by Doug Laning at 8:19 PM