This morning I woke up at 7 o'clock soon after the sun came over Snyder Hill.  Up and washing dishes by 8 o'clock and soon after Yuma and I had our breakfast.

My first thought was to do nothing today but lay around but then I got the idea of going to the top of Snyder Hill and take pictures.  So at 12:30 we were off.  However, I've got Mt Lemmon to finish up so I'll catch up with Snyder Hill another day.

I left off at Windy Point Vista, so off we go up, up, up! 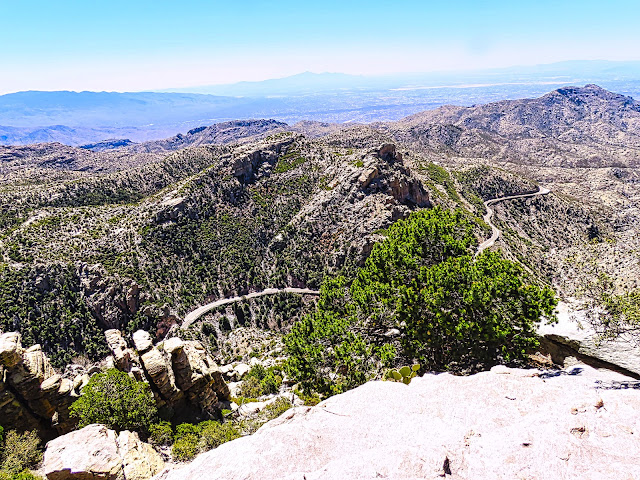 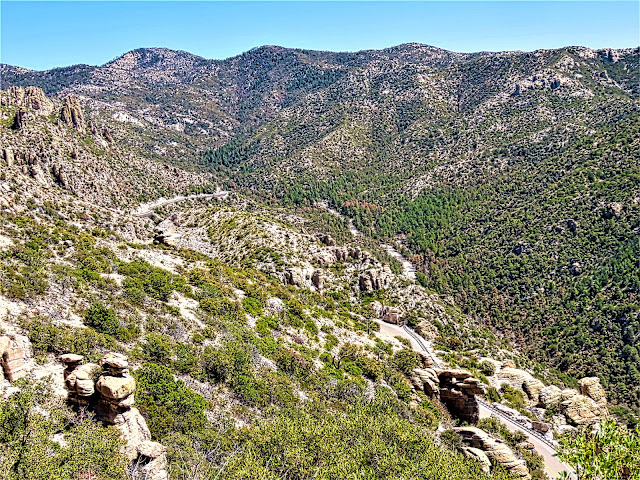 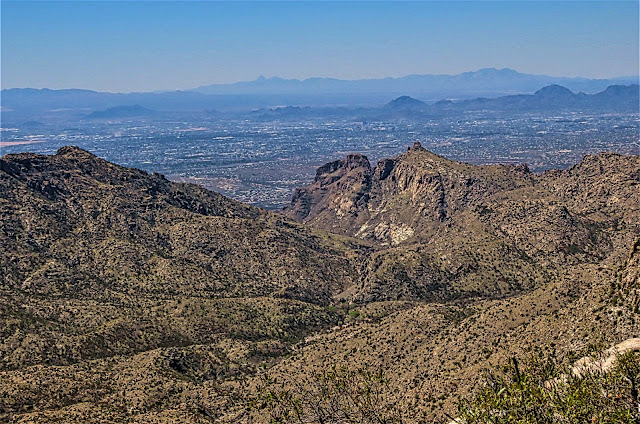 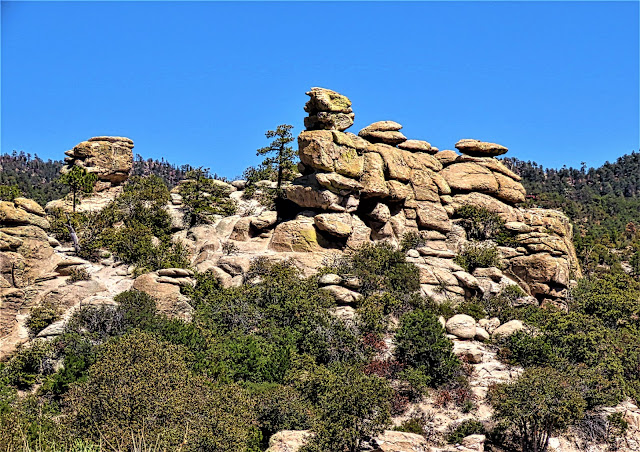 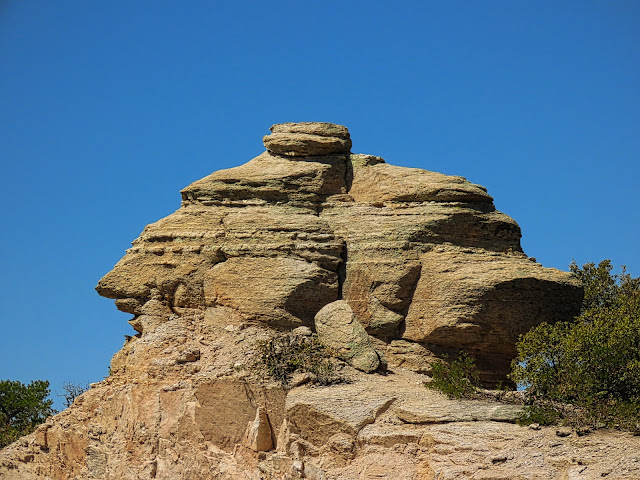 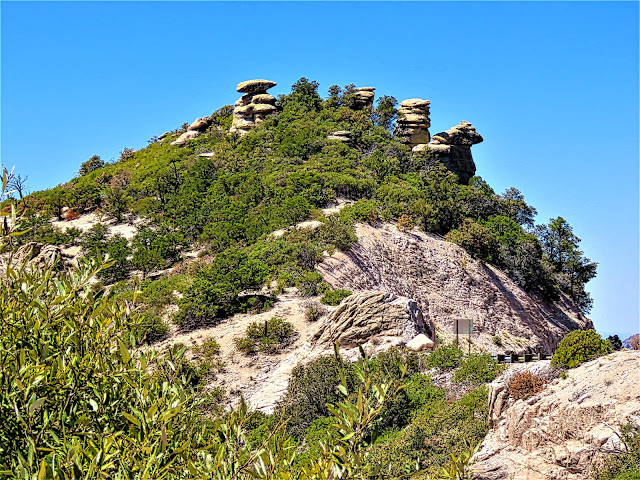 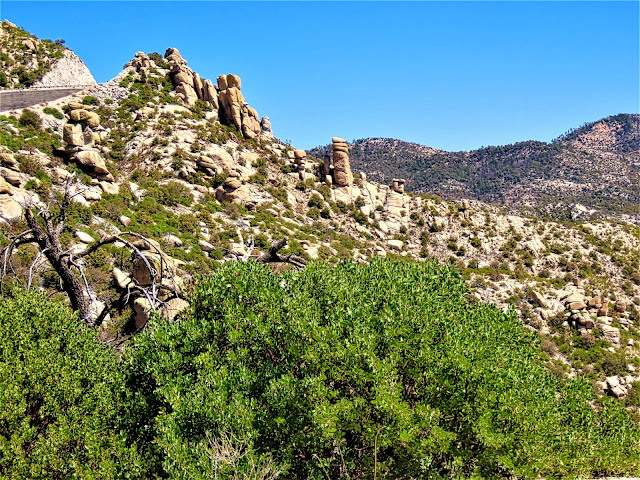 Far enough up now that I can see the San Pedro River Valley to the east.  You can actually see the river 15 miles away and the Galiuro Mountains 10 miles beyond the river.  No more Saguaros and now into pine trees. 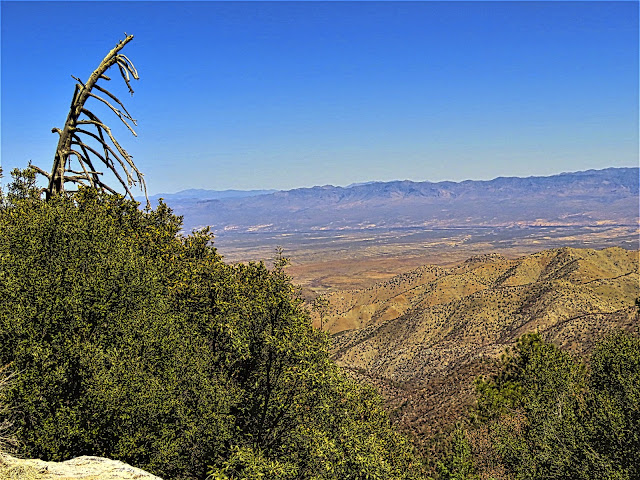 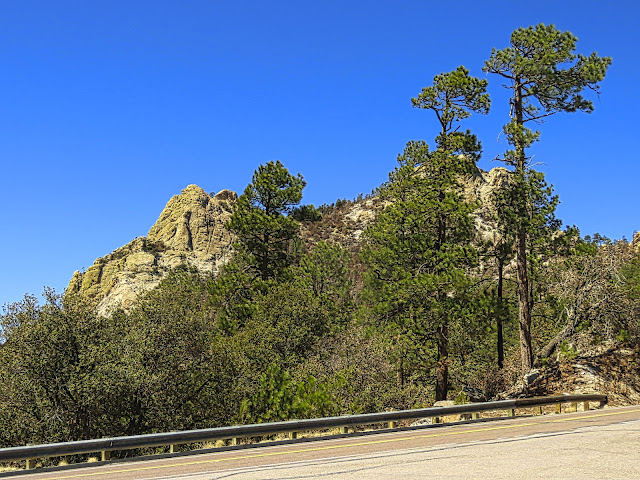 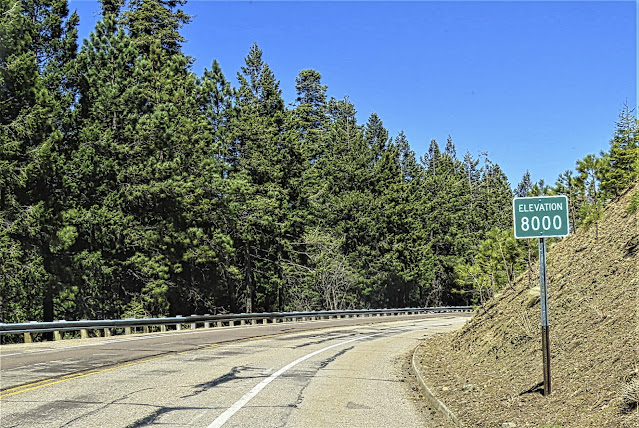 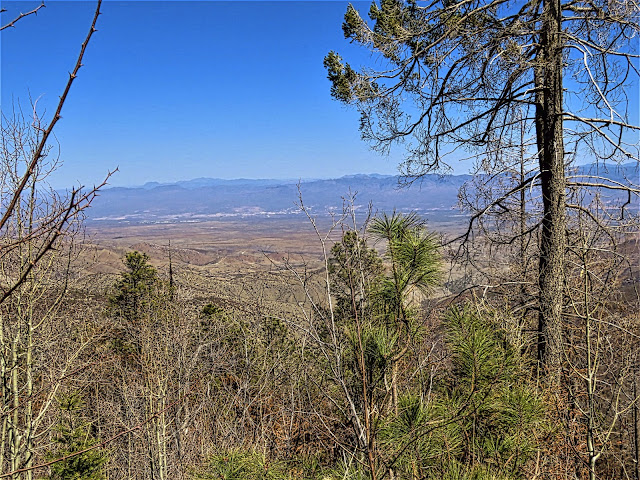 Didn't bring a coat.  Just shorts and a short sleeved shirt.  It is quite cool but feels refreshing after the heat down below.  In the 50s and breezy😱 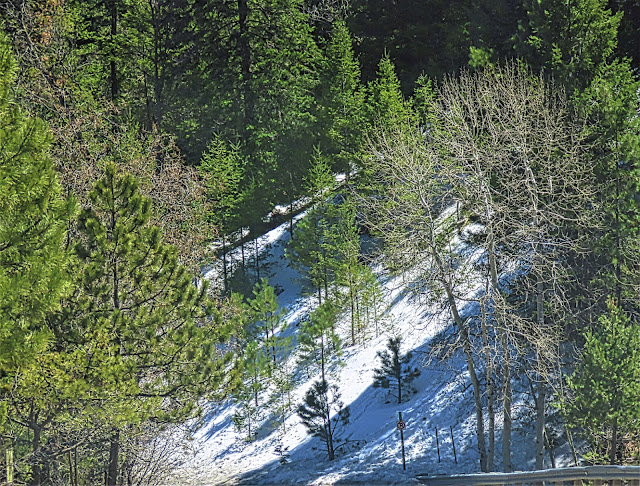 It snowed about a week ago but turned warm quickly so most of the snow is gone now.  Some on the north sides of the mountain away from the sun.
Now for the bad part.  Human carelessness caused a large forest fire in the Santa Catalina Mountains and made it all the way up the north side of the mountain.  You may recall the Bighorn Fire in June of 2020. 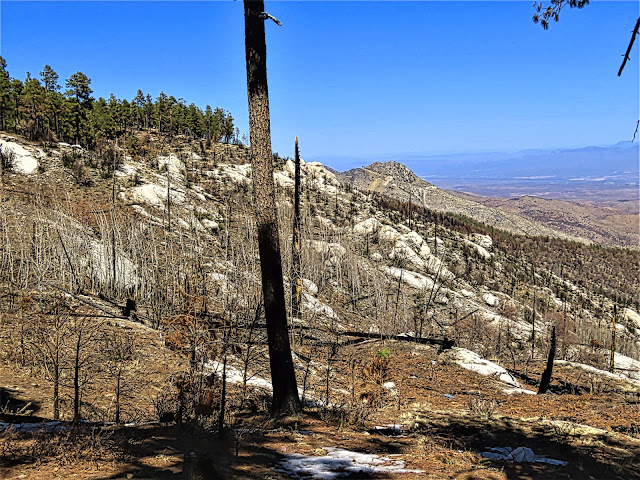 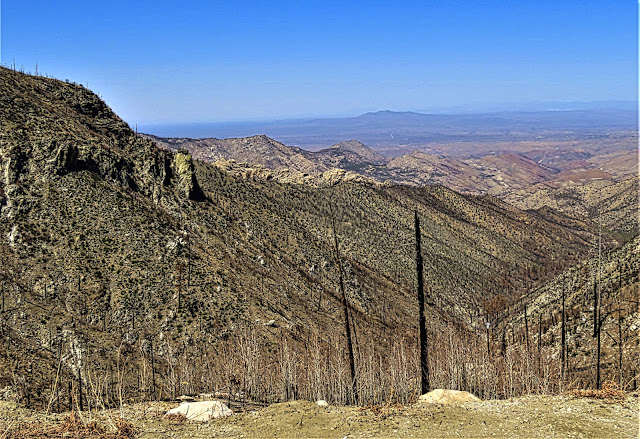 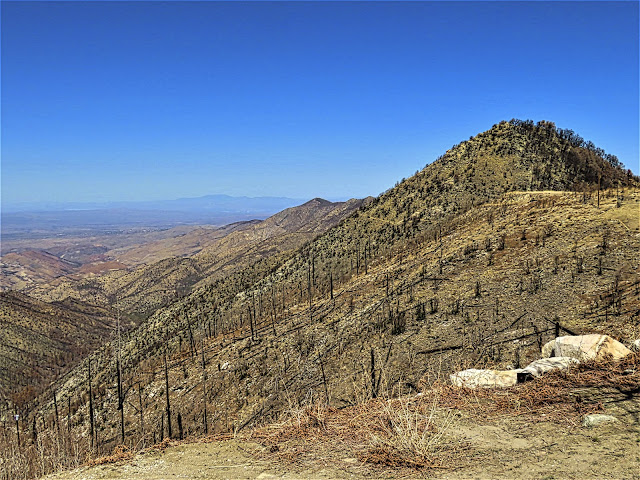 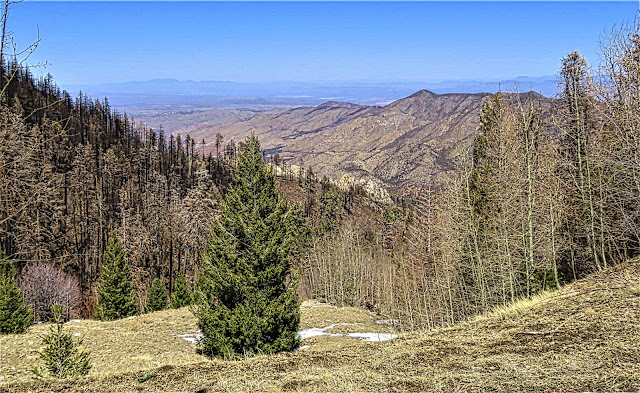 With that I will stop for the day and finish tomorrow at the top of the mountain.
As I was working on my post, my neighbor Glenn came over to show me some additions to his bike.  That bike is his pride and joy😂  We sat outside for over an hour while he told me his life's story.  He is definitely full of energy.  Asked if he could smoke a joint and I said it was fine with me.
He is so hyper I think he needs one.  He told me he smokes all the time and is always high.  Probably why he is so talkative.  I have to say though, he has had an interesting life and is very knowledgeable about a lot of things.  Had to admire his look on life even under hard times.
Dinner will be late tonight but that's okay.  We both enjoyed the evening just getting to know one another.
Thanks for stopping by.
Posted by Doug Laning at 9:31 PM