Had a good night's sleep and woke up a little early around 6:30.  Yuma and I just relaxed and checked out the news and read some blogs.

Sometime before 8, Yuma and I took a walk and then breakfast.  Going to be quite warm today at close to 80 degrees with very little breeze.  At noon, we tired of waiting to hear from the boss man and Nick went over to the Casa Grande Walmart about 15 miles west of here.

When he returned we started a game of Chess.  This one taught Nick to beware of me handing him a gift of my Queen.  He was so excited, he didn't realize he had been set up for a checkmate.😁  You learn this game through your losses I told him.

Afterward, I decided to take a look at a GoPro Evan, my son-in-law had given me when I first started out RVing.  For some reason, I just never took the time to try it out.  I did know it did not come with a micro SD memory card, so had Nick buy one while at Walmart.

The store put it into a very secure alarm set plastic case so Nick could make payment at the front of the store.  When he used the self checkout no one removed the security plastic container from the $7 SD card.  We almost could not pry that thing open to get the card.  Took at least half an hour to break it open with a couple screwdrivers used as pry bars.😃

I put the card in the camera that had charged while we were blasting away at the plastic case.  Glad they don't put all their $7 and up merchandise in security capsules.😆

For an hour or so I played with the GoPro and found it easy to use.  Did my first video for a test tonight.  Placed it on YouTube and linked to it.

And, I did take two pictures. 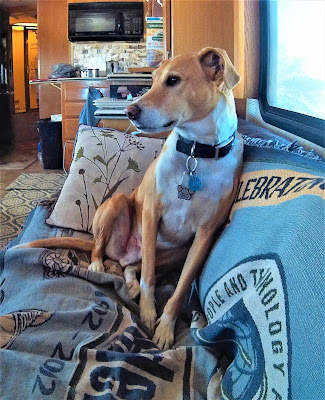 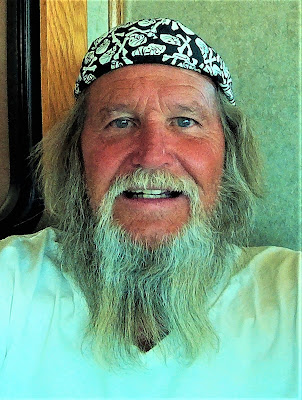 We all had hotdogs for dinner and watched everyone race out of Midway Diesel at 5 o'clock.  The boss man never stopped by.  Tomorrow, after breakfast I will wander over and ask the boss man what the plan is.

I'm thinking if we have free days ahead, Nick and I would make the run from here through Globe over to Roosevelt Lake and visit the cliff dwellings and look for Gila Monsters.  When I was there a few years back, I saw several.

Hopefully, there is a plan and when they do analyze our problem it turns out to be a simple one and we are soon on our way again.