Woke up late this morning.  Nearly 8:30 before Yuma and I rolled out of bed for our morning walk.

There was a  little brightness this morning, but it was not to last.  The clouds darkened and it spit a little rain, but not much.  The cool breeze from the Northwest, made the temperature feel cooler than it was. 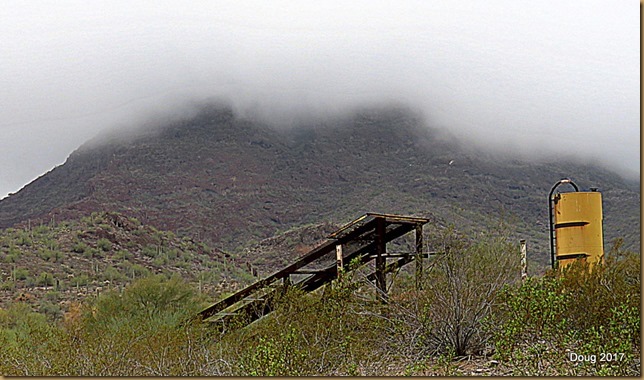 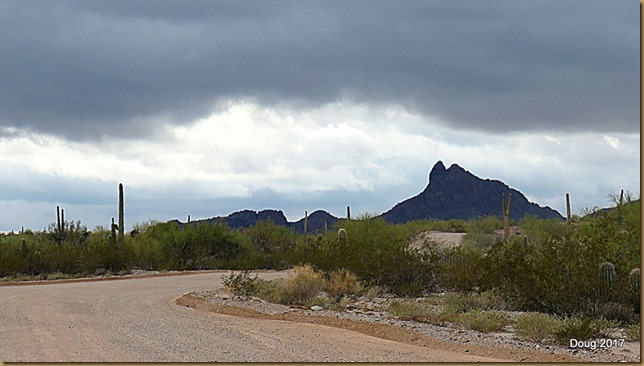 We decided this would be a day to stay indoors and rest.  Played with the settings on my camera and learned a few things.  As much as I tried, using the Auto settings made the photos look better than any settings I could come up with.  Guess there is nothing wrong with letting this new sophisticated camera do the thinking for me.

Made a run into town to the Olsens Market Place mainly to get Yuma some canned dog food.  He loves it and we are out.  While there, I picked up some hotdogs and buns for tonight’s dinner.  Splurged and bought some Chocolate Pinwheels.  $5.00 for those things! 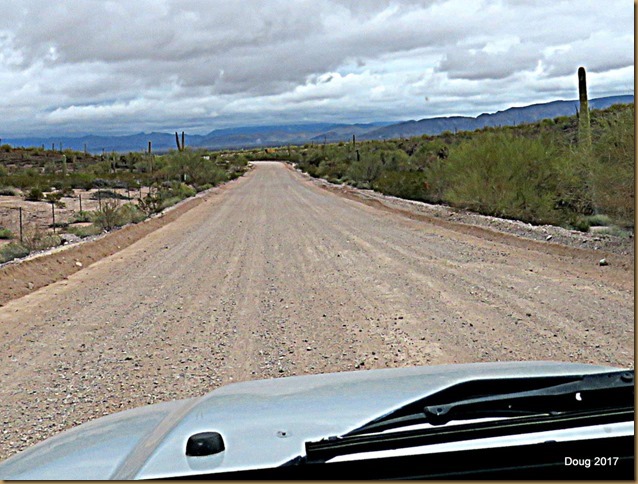 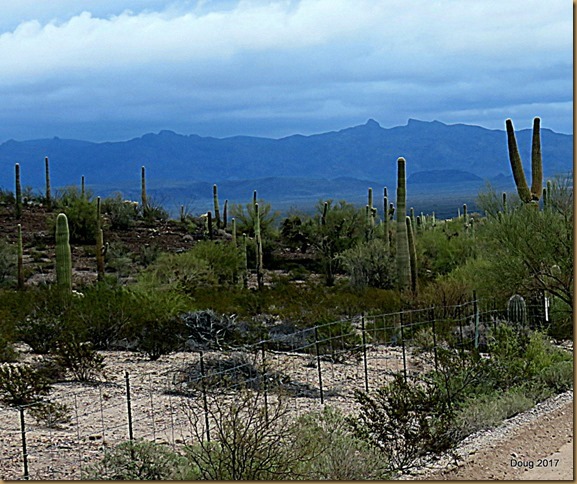 Drove through the newer neighborhood on the East side of the main drag and found a nice home for sale.  Three bedrooms, two baths, and a two and half sized garage.   Has a tile roof and stucco walls.  All for $169,000.  Corner lot too.  It is a beautiful home for the Ajo area.

Now that is an antique! 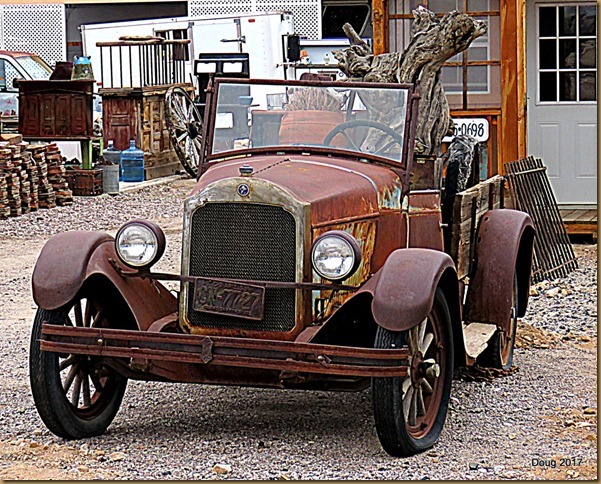 My wife was texting me as the Dallas – Green Bay game progressed.  I guess it was a humdinger.  I guess Aaron Rodgers did it again with little time in the last quarter.  I was rooting for them, so glad they won.

My team in our family football pool is Kansas City and they play Pittsburgh for the Sunday night game.  Go Kansas City Chiefs.

Yuma and I cooked hotdogs out on the grill and we are done for the evening.  Looks like it is trying to brighten up to the West.

Hopefully, tomorrow is bright and sunny.