On to Sonora, Texas

There was road noise through most of the night on highway 69, but I did sleep fairly well till about 6 a.m.  I decided to get up and check to see if the Flying J next door to the Walmart had showers, but they didn’t.  I am sure to get one tonight because I plan to spend the next two nights at an RV park in Sonora, Texas, if I can get that far today.

Took a little time to set up my new Garmin, and I am sure glad I did.  It was a 434 mile trip, and even though I started at 8 a.m., I did not arrive at the RV park till 6 p.m.  I hope this is the longest drive till I am on the return trip.

I must admit, there is not much of anything in this part of Oklahoma and Texas.  The route that Garmin gave me took me around the Dallas/ Fort Worth metropolitan area and I must say that is a long around.  I must have gone through half the small towns located in the northern an western sides of the cities.

Highway 69 went through a number of towns as I headed south toward Dallas, but it was four lane. 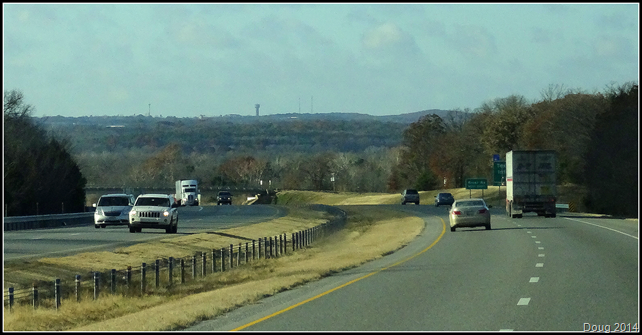 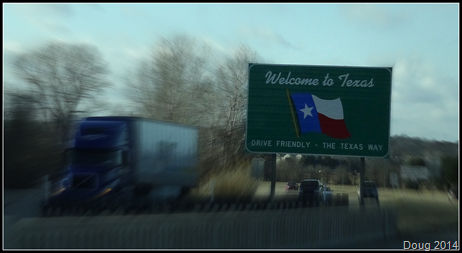 About half the roads were two lane and the speed limit in Texas is 75, so my 55-60 created a lot of people passing me.  Luckily, most of these roads did not have a lot of traffic.  It was time to put my western hat on. 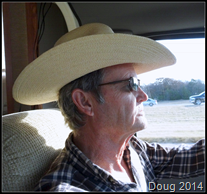 Starting to look a little like the southwest with those cactus and ranches. 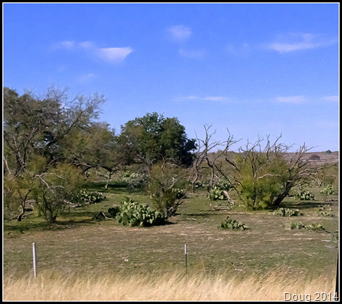 The final lap was highway 190 coming into Sonora from the north past historic Fort McKavett.  It was too late to stop by today, maybe tomorrow.  This road was definitely an old narrow Texas road. 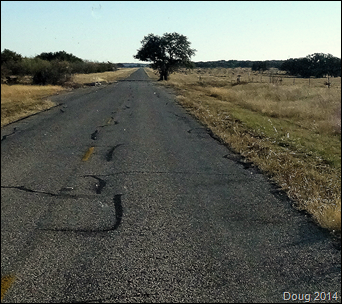 Last shot of the day as I catch a deer in my headlights as I am entering Caverns of Sonora RV park. 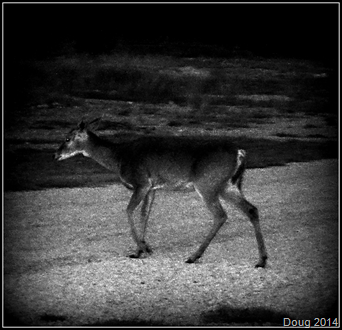