Quick picture and then turned on the heat and then back under the covers.  Still chilly out this early in the morning.  Played my games and then around 8 o'clock we were up and getting breakfast going.  No wind so by 9 o'clock it was warm enough to lie in my lounger and sip my coffee.

We took a fairly long walk and then laid around and enjoyed the great sunny warm morning.  I was trying to set up my cell phone to receive the game this evening on Amazon Prime, but was having difficulty getting it to work.  Dolly called and got me set up and we had a nice long conversation covering what has been happening in our separate worlds.  It was great to hear her voice.

My brother, Richard called the other day to tell me his son, Jonathon had a healthy young son.  His name is Helios Rodolfo Laning.  He has two daughters and now a son.  Congratulations to Jonathon and Nathalie! 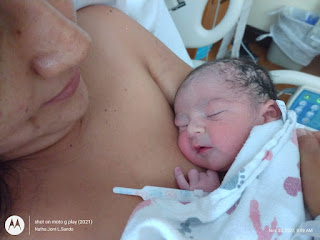 It was close to 2:30 before Yuma and I headed the 9 miles west to the Imperial Sand Dunes.  I-8 runs through the south end of them, so it's a nice easy drive.

The first place we stopped was Plank Road . 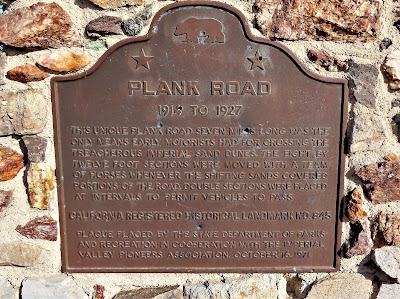 As I drove back toward I-8, I took a few pictures of the dunes in the recreation area. 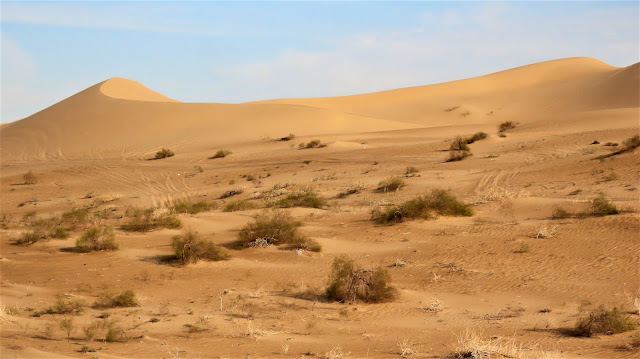 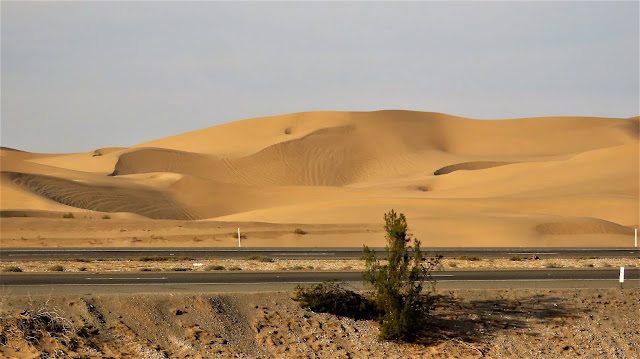 It was going on 4:30 when we returned to camp and we took a fairly long hike to get to my goal for the day.  The sun was setting behind the mountains that are behind the sand dunes. 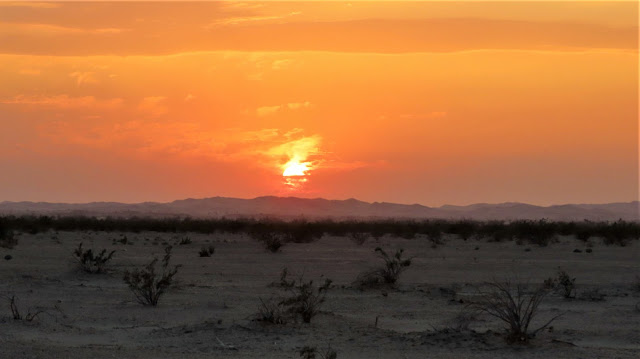 Dinner time.  Yuma had his dog food with a hotdog and I had chips and two hamburgers.  I was hungry and they were delicious.  Now I'm watching the Bills and Pats play while doing my post.
Thanks for stopping by.
Posted by Doug Laning at 9:09 PM