Yesterday, Wednesday after we returned to the RV on the BLM, we discussed and decided we would take the RV down to the Walmart for tonight and start the eastward trek tomorrow.

Since the Apache Trail is closed we no longer need to reserve several days for exploring the Roosevelt Lake area.  Thought about taking the long drive up there with the MH and staying at an RV park on Lake Roosevelt for several days.  But there is a big change in the weather coming in the Arizona high country and they call for wind, cold, rain and possible snow in the higher elevations.

If we took this route we would go up through Payson at an elevation of 5000 feet to get on I-40 for the trip home.  I have not driven the White Lion in mountain country and I'm not sure if it would do well on the long upward grades.

We packed and headed to Walmart with the intentions of staying the night after dumping and taking on water.  For the life of me I cannot find anyone in Apache Junction that has an available dump station.

Someone mentioned KOA would do it and we headed over there.  Miss Crabtree 😁 was at the desk and she said they provided dump service for $32.50 and if I needed water another $32.50.  I tried to be nice when I told her those prices are way out of line!  Even for a guy like me whom is oozing in money. 😨😡

No dump, no water, we end up at Walmart and when I called into the desk, the kind lady told me the Apache Junction city ordinances do not allow for camping overnight.😡😡  We grabbed a couple of footlongs at the Subway and digested what all happened today.

It was then I decided we would stay with the familiar southern route through Tucson.  I checked for the first rest area on I-10 and around 7:30 we headed south.  Google said only 45 minutes and we would be resting the night away.

Won't say much but the lights on the White Lion are horrendous.  Very weak and even with Nick helping we missed two turns and over 45 minutes in time getting there. 😞  Never, never will I drive that monster at night again!!!  There were times on the country blacktops we ended up on following Miss Google Maps trying to get back to our route, I could not even tell where the road was below us.  Very scary driving. 😱😱.  Thankfully, the morning drive to Canyon Lake was beautiful or the day would have been a complete disaster. 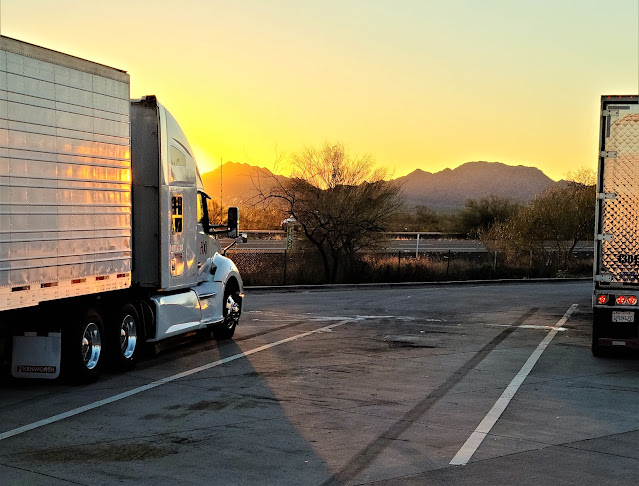 Woke up this morning at the Sacaton rest area on I-10 just south of Chandler.  I had promised my son, Jim I would pick up four solar panels in Gilbert and that was 30 minutes back towards Phoenix.

Had breakfast and at 9:30 I drove the Jeep into Gilbert to pick the panels up.  They were very nice and helpful. I didn't really realize how big and heavy these panels are.  I brought some flimsy clothesline rope for tiedowns.  Used all of the rope I had and the two guys helping did not feel comfortable at all so they scrounged up a big sturdy ratchet tiedown.  Off I went with a sail sticking up out of the Jeep and bad enough driving slow in town, but I had 6 miles of I-10 to traverse going 45 mph.  Very stressful, but I made it without killing anyone.😀 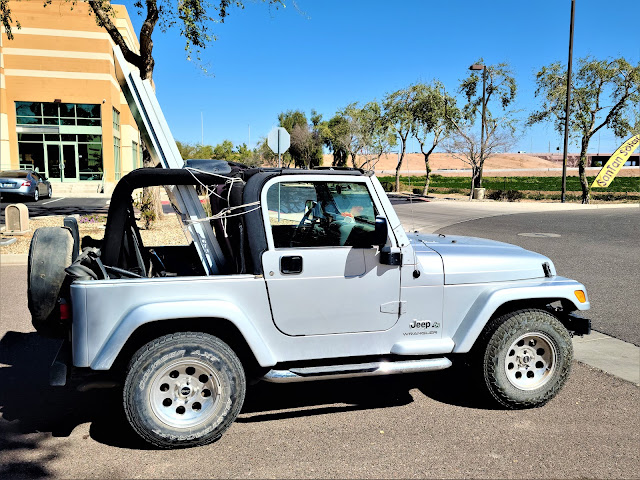 Nick and I pulled them from the Jeep and when I was inside cleaning a place for them beside my bed, Nick came in to say someone was outside.

Couldn't believe a couple of boondockers had pulled into the rest area and recognized the White Lion.  James and Cindy are from Louisiana and are slowly on their way back home.  They had spent some time in Quartzsite and knew Bill and Patsy 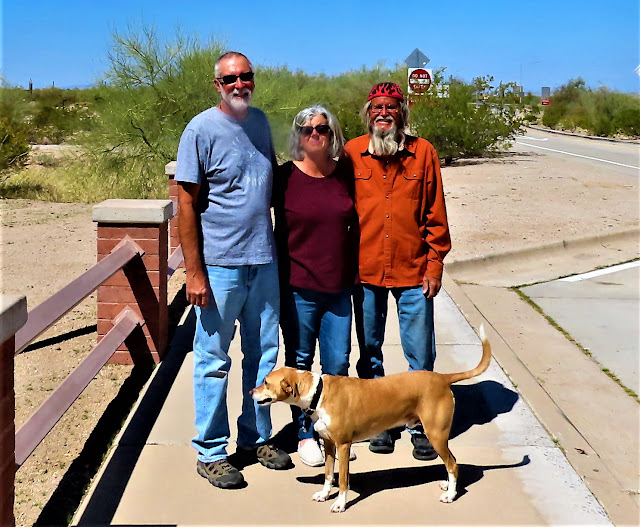 We talked for a short time and then James noticed the four big solar panels beside the Jeep and asked if he could help.  I was still frazzled from the Jeep sailing trek and also when I went to start the MH just before they stopped by, it would not start.  I tried one last time before making a call for a tow truck when it kicked over. 😅  Not going to shut this guy down till we get to today's destination.  So great to meet new RVers like this out of the blue.  Thank you, James and Cindy, for taking the time to come over and meet us and for being so helpful.

Soon we were on our way towards our destination down I-10.  Based on what you have already read about yesterday, do you think we made it to our destination?😭😉  Stay tuned for more excitement on the road with Miss Adventure Travels. 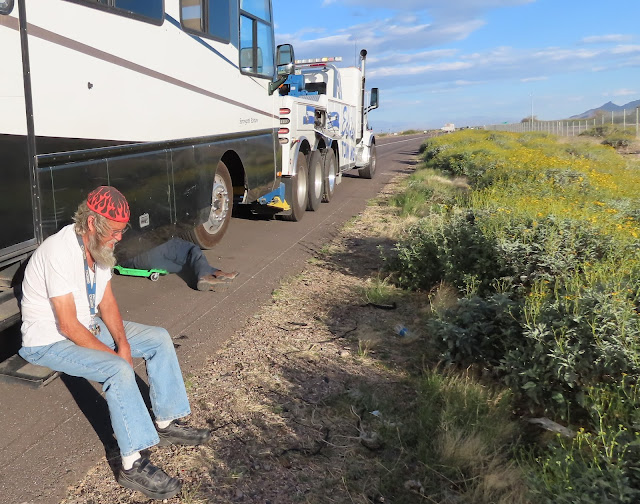 Thanks for stopping by.
Posted by Doug Laning at 11:45 PM