This morning, all four of us jumped in the jeep and headed to hwy 88 West, also known as the Apache Trail.  There is a dirt road following the Salt River from the Roosevelt Lake Bridge all the way down to Apache Junction near Phoenix.

The Roosevelt Lake was created when the Roosevelt Dam was built to hold back the Salt River.  The bridge is just on the other side of this dam. 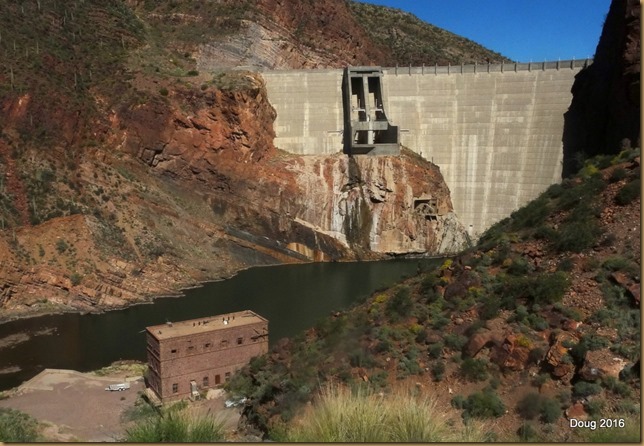 We drove about 35 miles down to Canyon Lake and it took us about five hours to make the round trip.  We stopped a million times to take pictures.  It was beautiful the whole way down.  However, the dirt road was as rough and dusty as it could be.

The wash board bumps jarred us till we were completely worn out by the time we got back to camp.  There were switchbacks all along the route and in many places there was only a single lane.  I had to be vigilant at all times watching for oncoming traffic.  There was quite a bit of traffic. 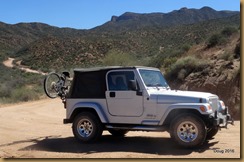 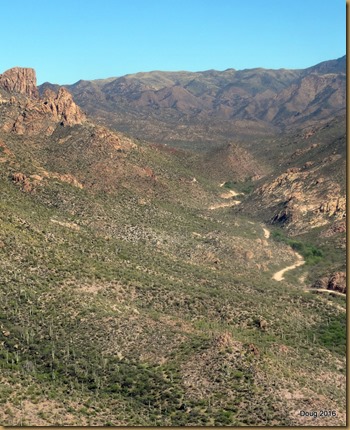 In fact, we had to wait at one curve until a truck could be pulled out of a ditch.  Evidently, the truck was coming down and around a curve when a truck going in the opposite direction spooked the driver and she pulled over too far and into a deep drop-off.  Luckily, it was on the mountain side and not the cliff side.

Here is Yuma and I at a scenic overlook of the Salt River. 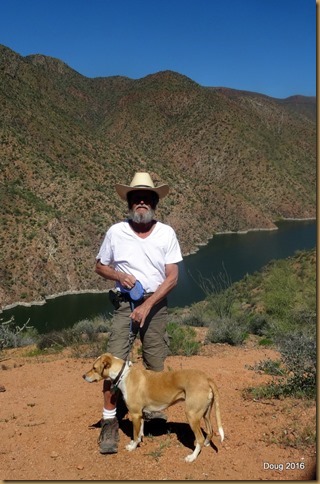 The first lake below the dam is Apache Lake.  There is a small RV Resort along the banks below. 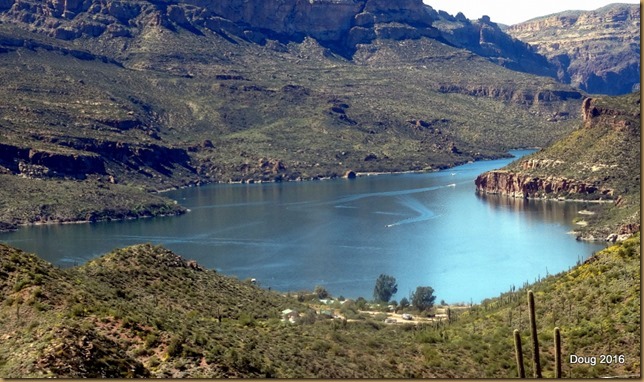 The scenery was just beautiful everywhere we looked.  The canyons reminded me of the Grand Canyon in their heights and the vegetation was green and flowers were blooming everywhere.  I believe we are in the Superstition Mountain range. 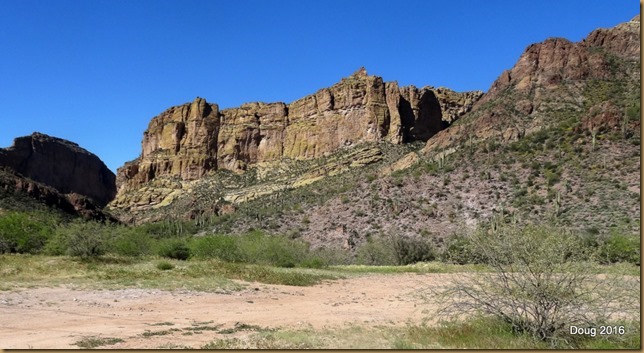 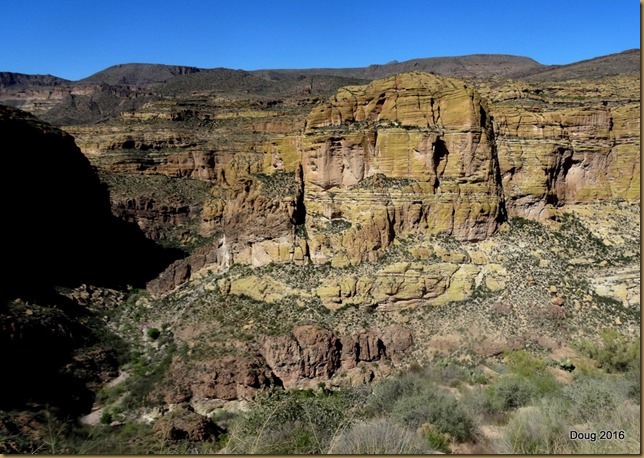 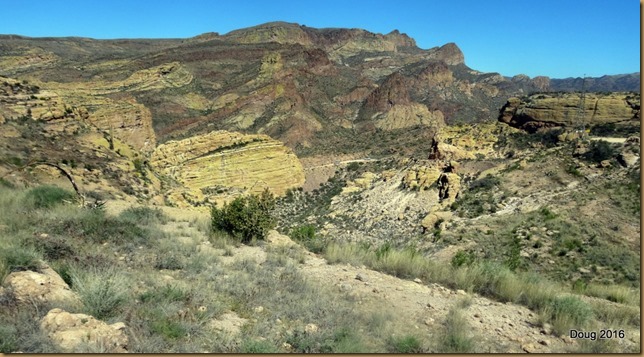 We finally reached the tourist western town of Tortilla Flat.   It is an authentic old western town that has become commercialized.  It was quite crowded, but we did stop to walk around. 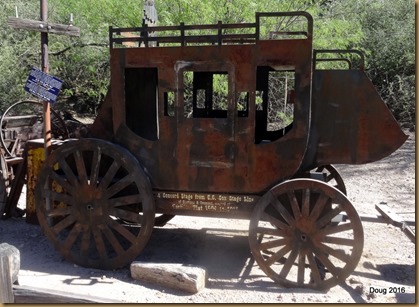 Our trail ended at Canyon Lake, six miles down from Tortilla Flat.

We pulled into the Lakeside Restaurant and Cantina at Dolly Steamboat to take a photo of the lake.  I must say that place was packed.  This is around 3:30 PM on a Thursday and the whole parking lot was full. 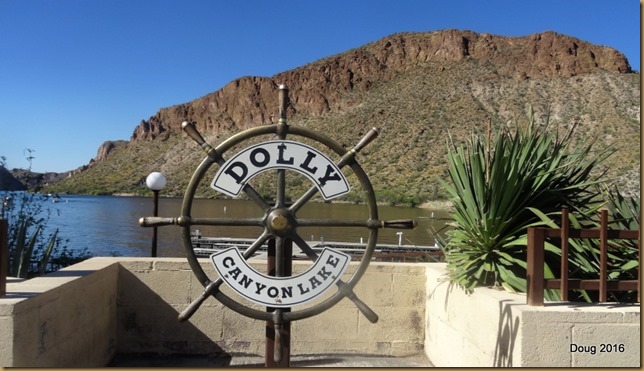 Took us about three and a half hours to go 35 miles, and we were bushed.  Only took about an hour and a half to make the return trip.  No stopping for pictures on the way back.

It was a tiring day, but the sights were breathtaking.