After a full day of driving, we are still in Kansas.

We left Liberal, Kansas around 9:15 this morning, continuing our drive northeast on hwy 54.  When we reached Newton, we turned onto hwy 50 to Emporia.  Unfortunatley, there were winds today and I had to hold on tight as we made our way across the open Kansas prairie. 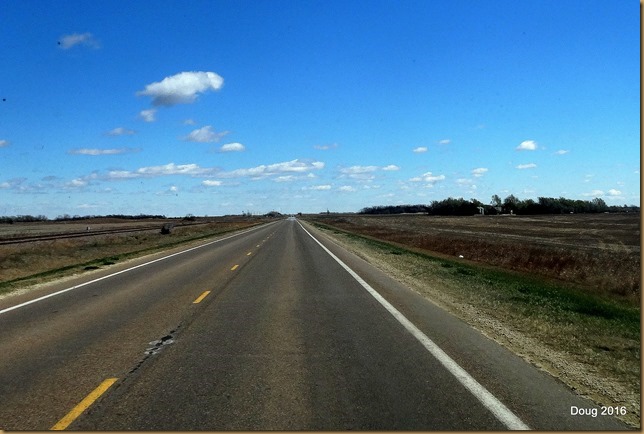 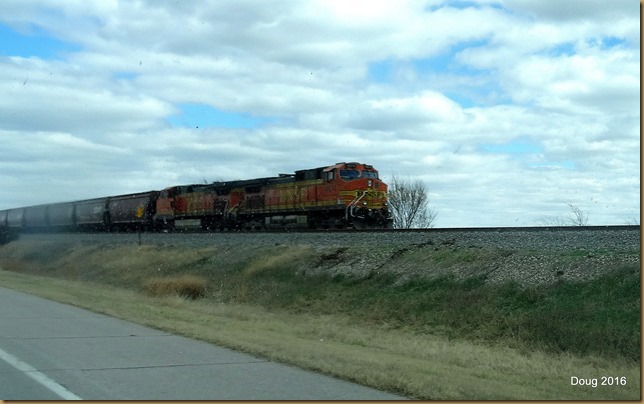 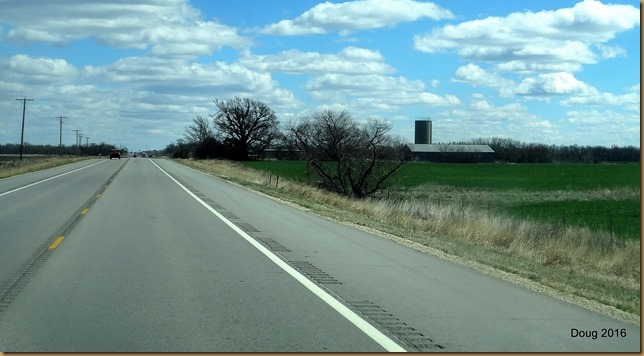 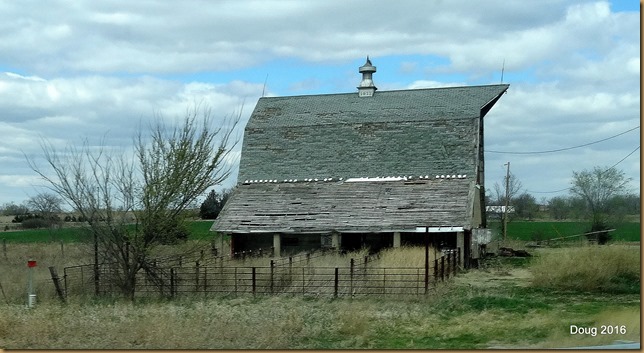 We had planned to spend the night in Emporia, but it was about 3 PM, too early to call it a day.  Instead, we bought gas and studied our Microsoft Streets and Maps software again.

It looked like we could drive on to Olathe, just outside Kansas City and spend the night there.  This would make it a 385 mile drive today.  But, then we would be about 390 miles from home, so we could complete our journey a day early and be home Sunday afternoon.

That’s what we decided to do.  Drove the 80 miles to Olathe on I-35 and called it a night at about 4:30 at the Olathe, Kansas Walmart parking lot.

The roads were great and we had no traffic problems at all. I am sure we will take this route again, if we take another road trip to the southwest.

We are tired tonight, but we had to watch the local Kansas City TV channels tonight.  Both Dolly and I grew up in the Kansas City area and channels like KCMO and KMBC were still a memory to both of us.  I still remember the radio station, WHB (World’s Happiest Broadcasters) I listend to as a teenager.