This morning, we left the Sonoran Desert for the mountains.

We stopped in Buckeye on the outskirts of Phoenix to get gas for the MH and jeep.  We then drove a few more miles down the road to the Walmart. 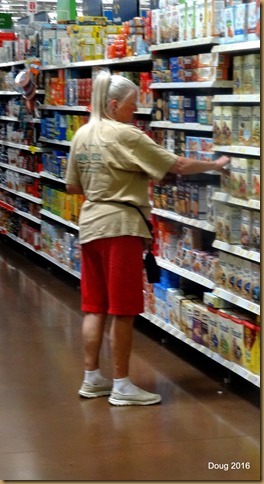 Loaded up with food and we were on our way to fight the Phoenix traffic.

Even with all the technology and gadgets to keep me on the correct road, I managed to miss hwy 202 in Phoenix and we ended up spending a good half hour lost in Glendale, one of the many suburb cities around Phoenix.

One we got back on 202, it was not long before we hit hwy 87 going through the mountains, Tonto National Forest, and on up to the plateau high above Phoenix.

Before we got to the mountains, I stopped and unhooked the jeep so Dolly could drive it.  The mountains east of Phoenix are high.  There are a number of long inclines and 6% and 7% downgrades.  Last year, I thought I was going to lose my brakes going down the mountains with the jeep hooked to the back of the RV.

Here are the Four Peaks as we drove toward them from the outskirts of Phoenix. 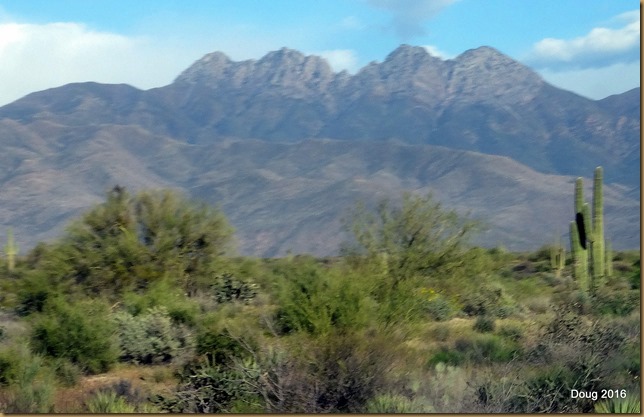 We are going up the mountains and then around to the back of the Four Peaks Mountain to Roosevelt Lake.

There was an area that had thousands of Saguaro cactus on the hillsides. 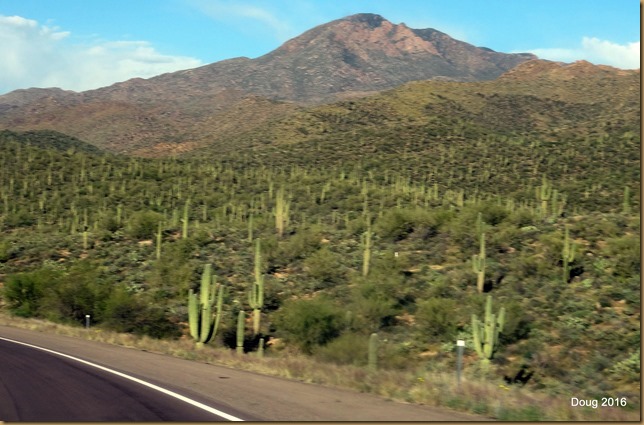 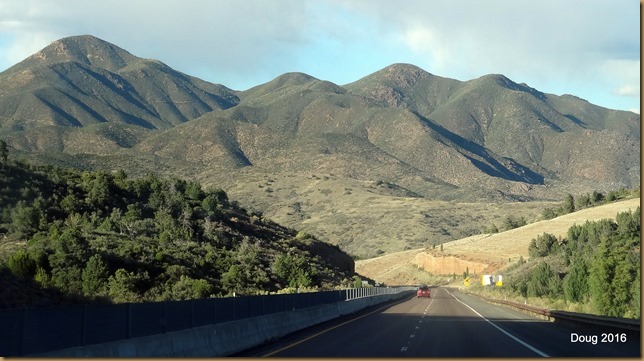 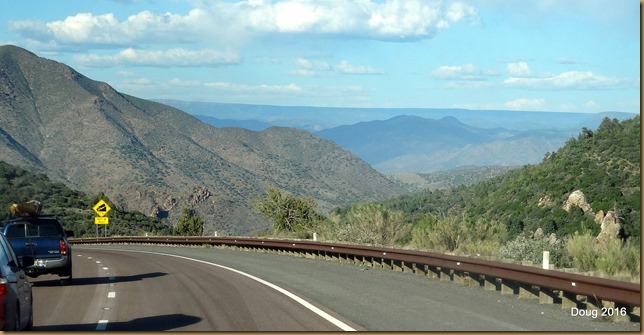 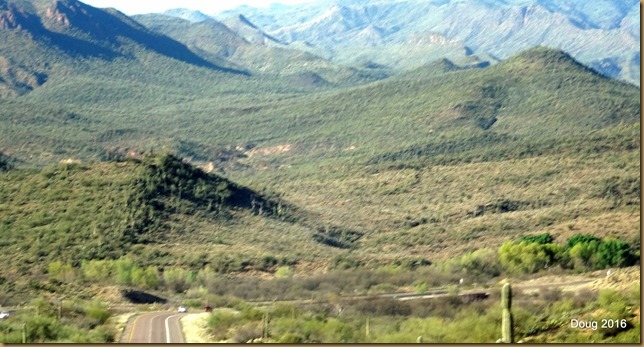 About 40 miles up hwy 87, we turned onto hwy 188 heading into the Tonto National Forest and onto Roosevelt Lake.

Will have to wait till tomorrow to see photos of the area we are staying.  It was getting late and didn’t have time to get anymore.