Last night I had everything stowed away and only needed to connect the Jeep.  Elva sent me a message last night asking if I felt the 5.5 earthquake near where I'm parked.   I was outside around 9 o'clock putting things away and didn't feel a thing.  Darn, that close and nothing.

I set the alarm for 6:30 but by 6:00 I was already wide awake and ready to roll.  It was still dark outside so I packed everything inside the WL and by the time I finished it was light.  So, I hooked the Jeep and we were on the move by 7:30.
Wasn't long before I was in Yuma, but I wanted to dump tanks, take on water and put another $100 of diesel fuel in.  Stopped at Love's which was right on the way to my destination.

The fuel and dumping went quickly, but the water was a different story.  With a 100 gallon tank, it takes forever to fill.  In fact, when it got to be 9:15 and it had not filled, I quit and headed on to RV Connection just a few miles further.  Got there at 9:30 for my 10 o'clock appointment.

It was about 10:00 when Tom, the owner of RV Connection came out and started immediately getting the layout of the White Lion and bringing everything outside. 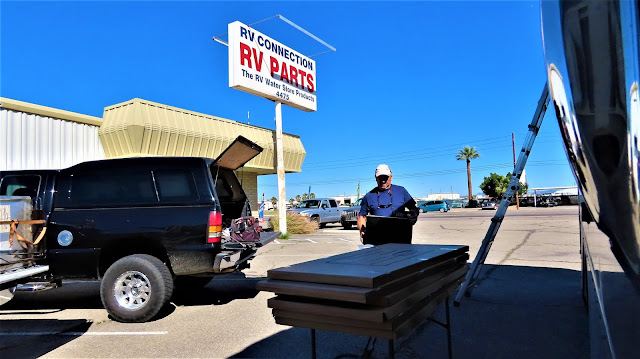 I was amazed at how quickly he determined how it was to be done and he and his son, Jordan started placing the six panels on the roof. 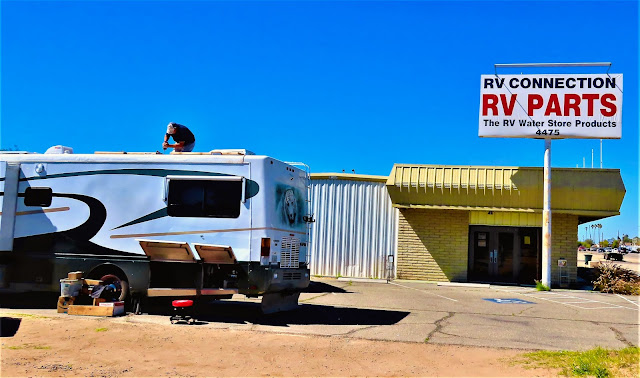 By noon, they had the panels in place and wiring running down to the inside.  Then Tom selected a bay and started placing the two 40 watt controllers and running the wiring from them to the next bay where the 2000 watt inverter was being placed.  All the equipment and panels are made by Go Power and Tom says they have a great warranty. 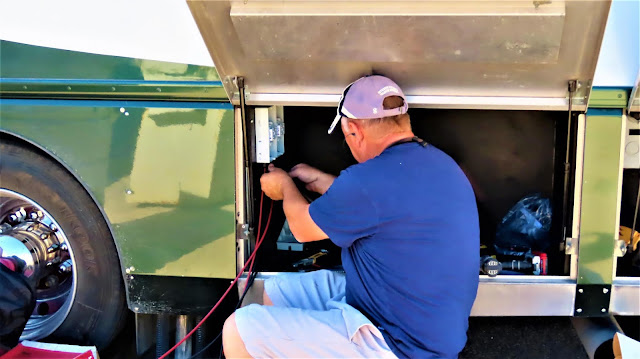 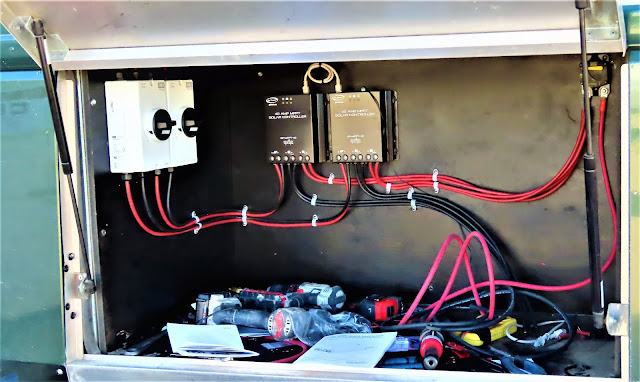 While Tom worked, me and Yuma took walks and laid around in the WL staying out of the heat.  Only got to 80 today but felt hot out there.  Ate breakfast and a big lunch.  Probably just have a light dinner tonight.  No grilling.  :((

There is a vacant RV park just to the East of RV Connection.  Some old RVs are still sitting there.  Not sure if they are occupied or not. 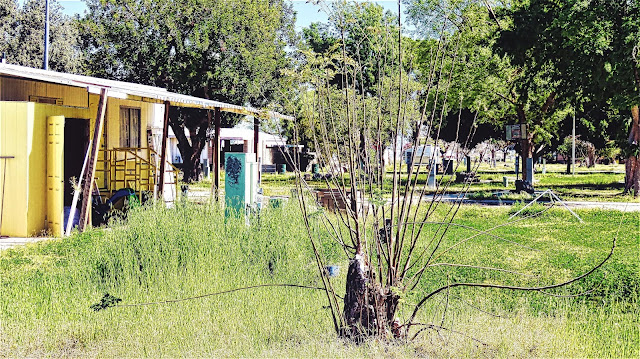 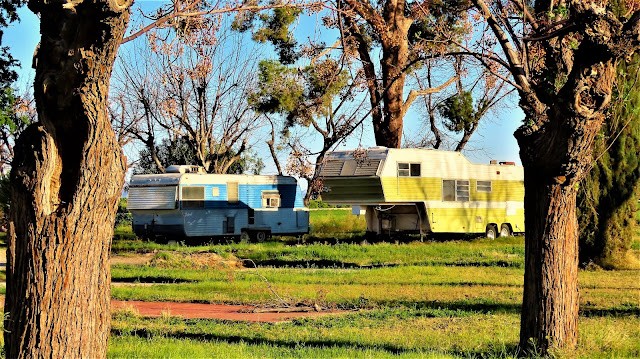 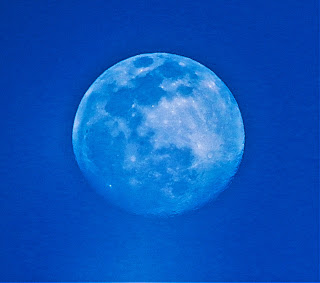 Tom worked on the wiring and by 6 o'clock we were ready to switch it on for a test.  Everything came on except the refrigerator.  The one thing I really need.  It had been wired in 2016 and Tom had to figure out which circuit they connected it to.  After about a half hour of testing he finally figured it out and now the fridge is on solar.
Tom had to leave for a family event at 7 o'clock.  He left me with working electricity running off batteries.  He will return in the morning to add the inside monitors and button everything up.  I should be ready to roll sometime tomorrow.

I must say Tom worked hard and fast all day from 10 in the morning till 7 in the evening with a quick lunch break.  I can tell he knows what he is doing and has installed many of these systems.  I'm a happy camper at this point.

The road next to this place is very busy and noisy.  Hope I'll be able to sleep tonight.

See you later.
Posted by Doug Laning at 9:54 PM