Hike in the Mountains

This morning after breakfast, Yuma and I returned to the dirt road we hiked last year at this time.  Not sure how far the road goes up into the mountains toward the Four Peaks, but we walked about two miles of it.

Looking back at Roosevelt Lake. 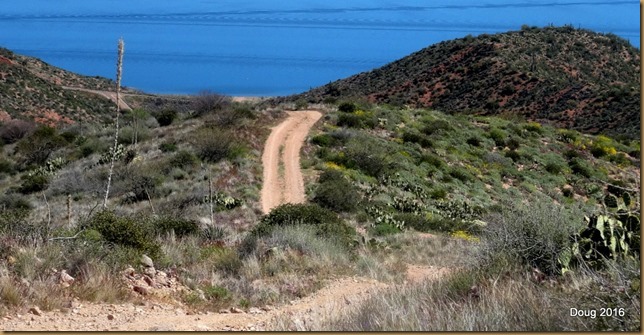 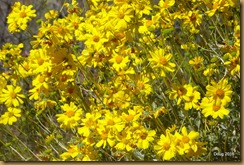 There are bushes and cactus all over the place.  The reason I am not letting Yuma off leash is because the weather has been warm and there is a definite threat of rattlesnakes.

The Phoenix news just yesterday had an interview with a man in the hospital that got bitten when he reached under his RV to find out what the rattle was.  This is the honest truth. 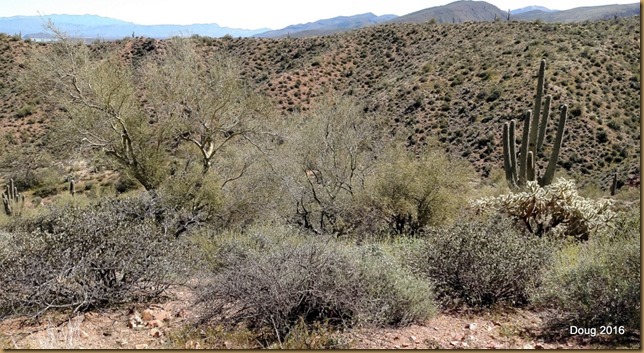 As I crested the last hill my feet could handle, I was sure I would be standing at the base of the Four Peaks, but, alas, it was not to be.  Just more hills to crest ahead.

Looking across Roosevelt Lake at the mountains on the other side.  This is a beautiful place.  I sat on a rock with Yuma beside me for a long time just listening to the birds and total silence. 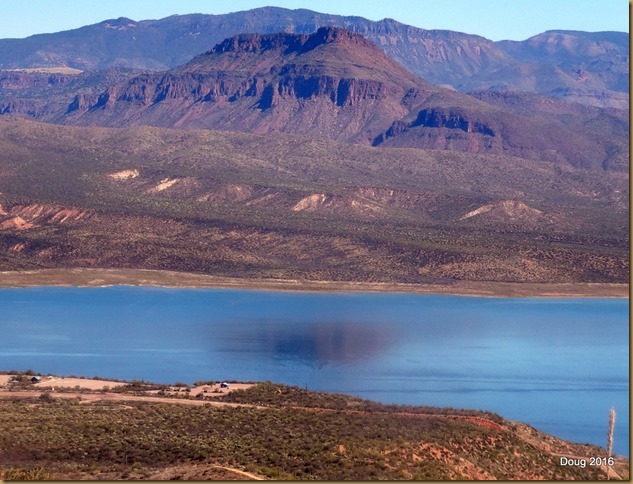 Last year, Yuma and i ran into a beautiful Gila Monster walking along this road, but not this year.

After resting for several hours, all four of us took a walk down to the lake.  Yuma had a great time splashing in the water. 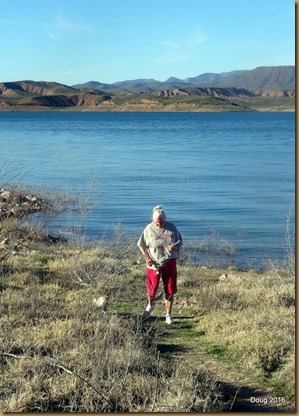 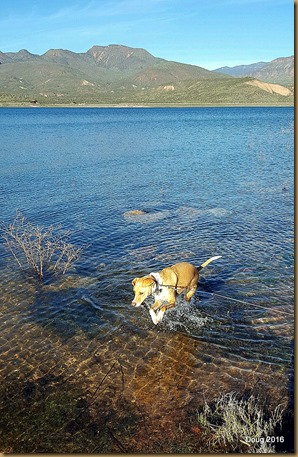 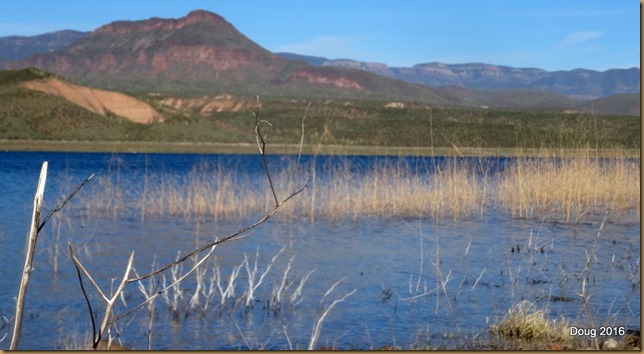