Chores on a beautiful day

This morning when I looked out my window the sun was already shining and it was warmer outside than inside the MH.  Immediately opened the windows and doors to let the refreshing air inside.

Even though it is going to be sunny and 75 today, I decided to get chores done since I am so close to all the facilities I need.  Even made a list on my phone app so I wouldn’t forget!

Yuma and I took our normal morning walk.  My friend the male Phainopepla looks a little peeved at me for taking his picture.  He is always at the same perch each morning.

Then I heard an engine running off in the distance and saw two of these flying machines slowly heading for Superstition Mountain. 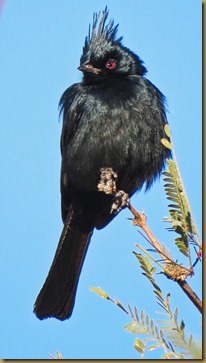 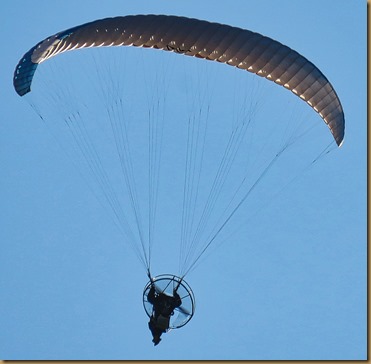 This is the horrible dirt road we came in on.  You can see how vehicles go from one side of the road to the other to get around the deeper ruts.  This isn’t the worst part of the road but you can see the long cuts in the road from water erosion.  It will be a challenge getting out of here.  I guess if I am careful and go slow I’ll make it to the highway.  Less than a mile of dodging ruts and potholes. 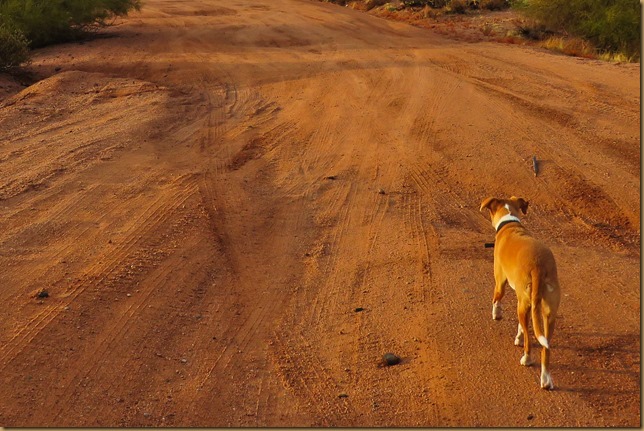 After my normal slow morning start, I headed into Apache Junction around 11 o’clock to get things done.  I stopped first for an oil change and lube on the Jeep.  Then washed the Jeep.

I have been getting tired of getting dog hair on the nice original Jeep seats so I stopped by Auto Zone and picked up a couple of front seat covers.  Then I found a Super Cuts and got a regular haircut.  Now I look good enough to be seen in public.  Might even look a little bald in back.  Oh well!  Better than the alternative. 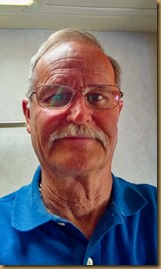 By this time it had been two hours and because I left Yuma at the MH, I thought it best if I got back to him.  Already going on 2 o’clock and time to eat something anyway.

I had just prepared lunch when Deb and Riley returned from the Mesa Swap Meet and Walmart.  They had a nice rotisserie chicken and offered me some.  Darn the bad timing!  I had just finished making my sandwich.

After lunch I made an attempt to get some of the dust out of the inside of the Jeep and then looked at my new seat covers and found I had bought the wrong type.  They were not designed for the Jeep’s seats.  I decided to go back into town and exchange the seats and finish my list of chores.

I still had clothes washing to do.  Deb said there was one right near the Walmart and that is not far from Auto Zone.  At 4 o’clock, I made one last run into Apache Junction and exchanged the seat covers for the proper ones, I hope!  Then stopped at the Laundry.  Did my bedding and all the other stuff I had gotten dirty plus the large comforter for the bed.

Got home at 6 o’clock, put everything away and made the bed.  All chores done except putting the seat covers on and I will tackle that tomorrow morning.

My day is done and I feel beat.  Doing laundry always stresses me for some reason.  This place used a different method to handle the money for the machines.  Never seen this before.  It said insert card, so I assumed a credit card.  Wouldn’t take my credit card.  Finally, the lady next to me said I had to buy a card to use for the machine.  OH!

Went over and put money into a machine and it gave me a card to use in the machines.  Whatever I didn’t use would be reimbursed when I was done.  Bought $20 worth of credit and ended up getting $4 back when I was done.

That was my day.  After 7 o’clock now and time for Yuma and I to have dinner and get ready for bed.  Hopefully, I will have more exciting things to write about tomorrow night.  I do have a feeling of accomplishment getting things done that I tend to put off.