Another beautiful morning and a slow start for me and Yuma.  Unlike many of my blogging friends, I seem to like being lazy in the morning and more active when the sun provides more energy.  I did get out of bed long enough to shoot a couple of pre-dawn pictures.  Not spectacular, but I was up.

First one over the Whetstones and the second over the Mustangs. 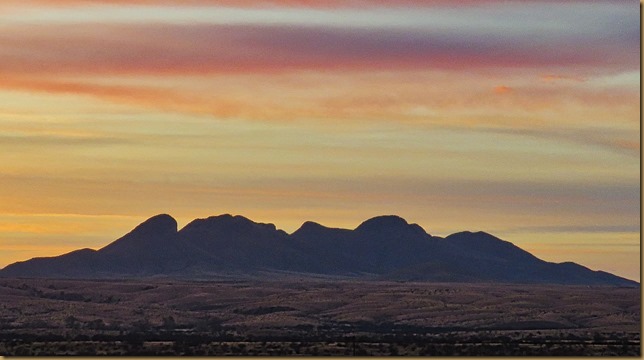 Took our normal walk and this time I saw movement!  Not a deer and not a prairie dog, but a bovine.  Two in fact!  Yuma was curious, but did nothing as they were pretty far off.  Slowly heading toward a pond down by Empire Creek. 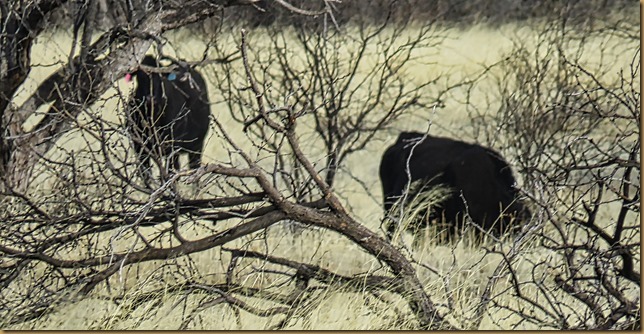 A lot of recent activity, but still haven’t seen one of those darn critters.  The Black Tailed prairie dog was reintroduced to this area years ago.  Maybe, that’s what they are.  Very shy. 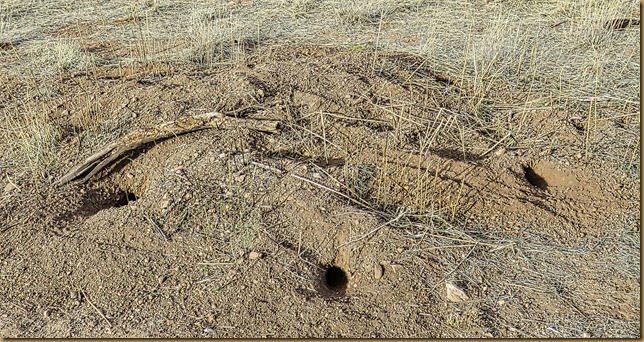 Little better today though.  Got breakfast done and the laying around done by 10:30.  Two can play this game! 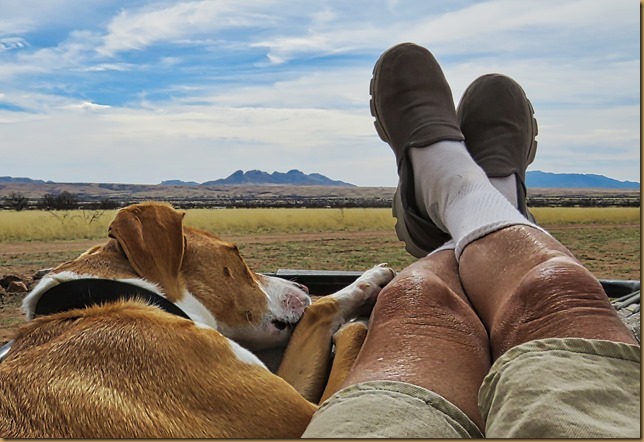 So I decided we would swing by the Empire Ranch and then take the back road to Sonoita.  Wanted to check out the stores.  Yuma needs a few cans of dog food.

The Empire Ranch house is closed to visitors.  They are in full swing to completely refurbish the entire home this summer.  There was scaffolding and workers everywhere working on the ranch house.  It was built in the late 1800s and has fallen in disrepair over the years.  The sign says our government funds hard at work, so I guess they got some money for their project.  Last year, they were working on it, but at a much smaller pace and I was able to walk through it. 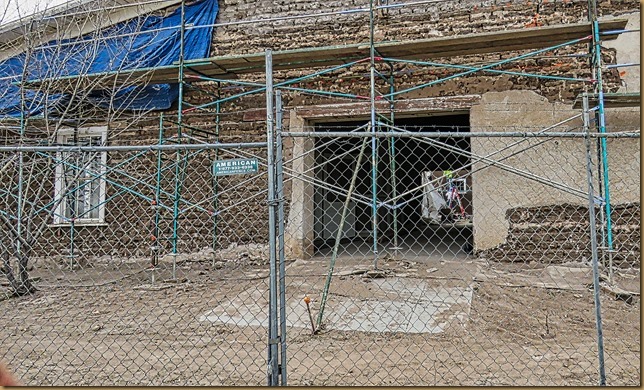 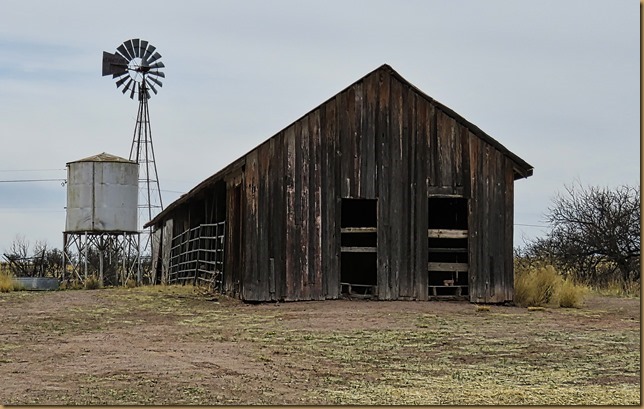 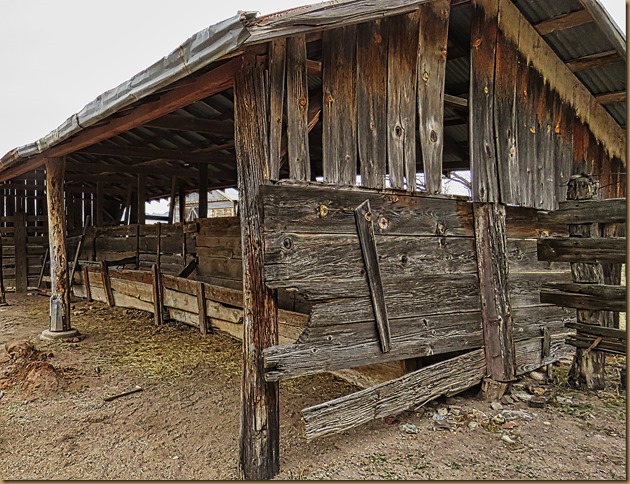 This is the newer home that replaced the one they are rebuilding.  It sits above Empire Creek and all the beautiful Cottonwood trees.  The host told me a Mexican came to work for the ranch early on and he brought with him six cottonwood saplings.  He planted them along the Empire Creek and they multiplied quickly. 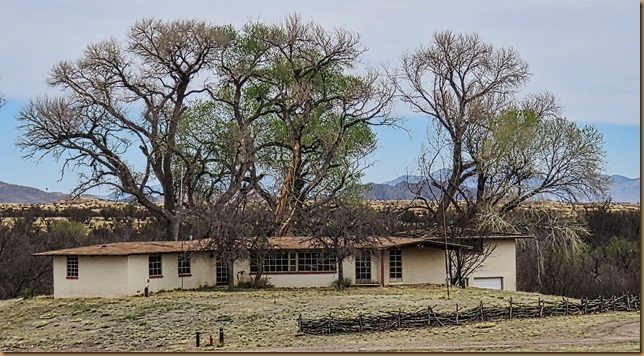 I asked the ranch host about the trees.  He said that last March a fire swept through the Oak Tree Canyon area and got into the Oak and cottonwood trees along Empire Creek.   He said it killed many of the cottonwoods including the large ones.  They had a devil of a time just saving the Empire Ranch.

I remembered writing about fire on Oak Tree Canyon Road last year and sure enough there was a fire on March 17, 2017 while I was here.  I thought the fire was out the next morning, but I guess it simmered and winds must have reignited it days later.  Glad I was gone.

We then took an old dirt road that goes south for about eight miles though the grasslands to highway 82.   Lot of high clouds this morning. 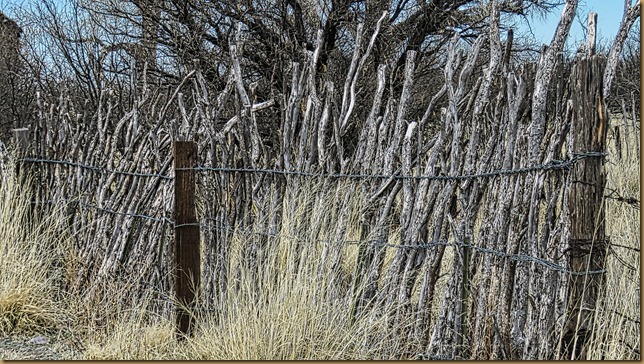 Turned right and wasn’t long and I was in Sonoita.  It is just a crossroad for highway 82 and 83.  They did have a General Dollar store with everything I need.  They also have a gas station if I need one.  $2.88 for gas though.

I hope this isn’t the 2 custom homes! 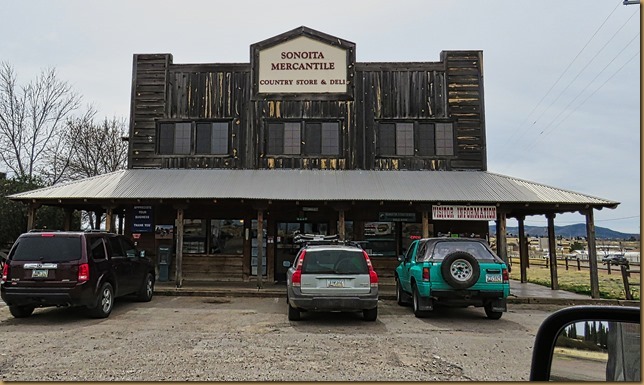 Saw a sign they are having a cattle show this weekend.  Wish it was a rodeo.  May just stop by and meet some of the residents of the area.

They have cute signs coming into Sonoita from the different directions.  Doesn’t take long to come into town from three directions.  Didn’t see one in the fourth. 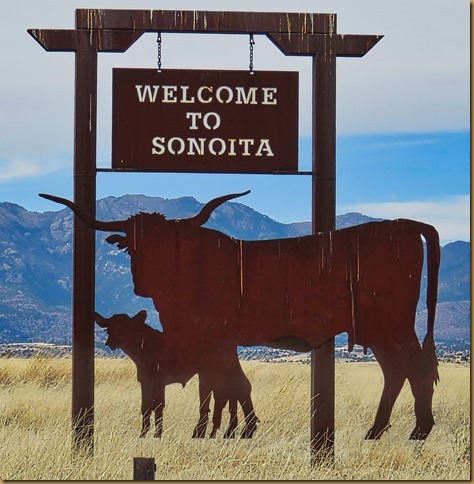 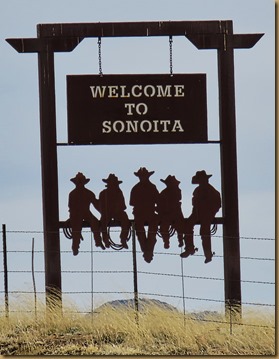 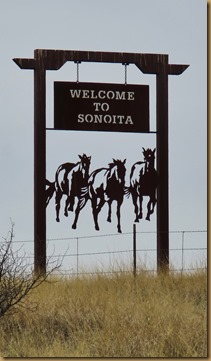 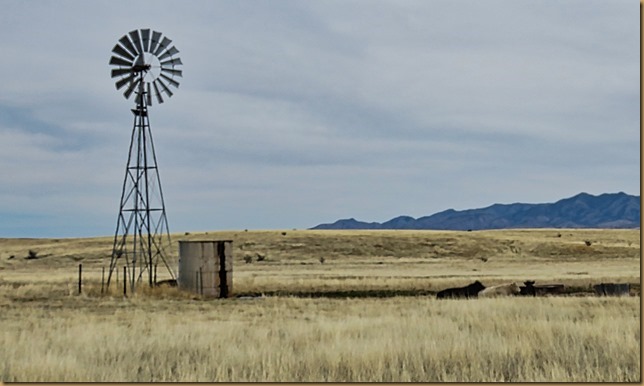 Found a ranch I can afford.  It’s a fixer-upper.

On the way back to our site, I took a drive through the horse camp.  Didn’t stop to talk to anyone, but did get some horse pictures.  Not too many people in the camp.  Hoping I haven’t missed their big gathering and will see my old horse friends this weekend. 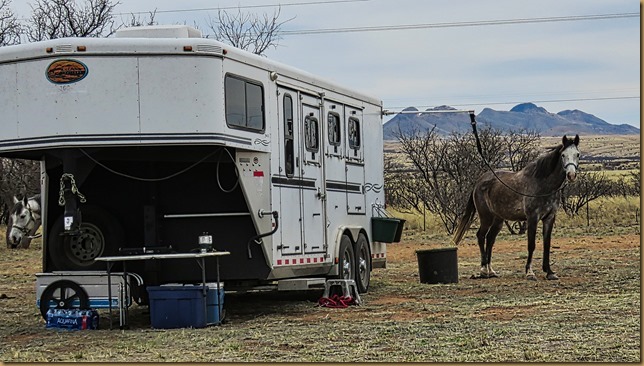 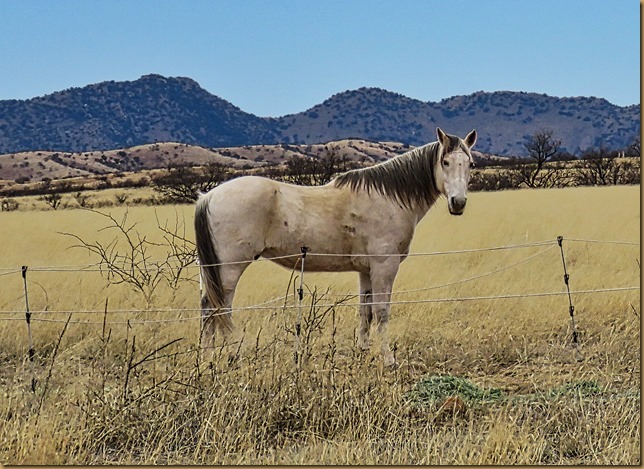 Yuma and I got back home around 1 o’clock and we have been resting.  Started my blog early because “Survivor” is on tonight.   This is a great place for TV signals and internet.  There is a big cell tower in Sonoita so I get 3-4 bars of Verizon 4G and because I am only 45 miles from Tucson, my 100 mile radius local TV antenna picks up CBS.  ( :

Around 4 o’clock I saw an ATV with a water trough tied to the back and a large water truck heading west on Oak Tree Canyon Road.  Things are looking up for horses later this week! 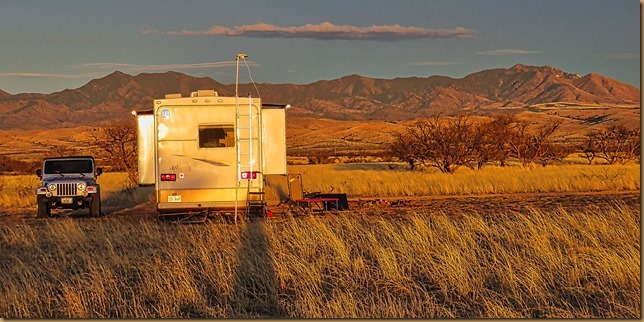 See you later.
Posted by Doug Laning at 7:48 PM