What a difference a day makes!

Although it went down to 28 degrees last night and windy, Yuma and I were warm underneath our blanket and two sleeping bags laid over us.  I turned on the Buddy Heater around 6 o'clock so it was warm in the bedroom by 7 o'clock.

Luckily, there was plenty of sunshine and no wind, so the temperatures were getting nice by 9 o'clock.  We had a little breakfast and I decided we should head to the 'Walmart in Green Valley for some propane to tide us over in case we needed it.

Green Valley is on the foothills on the other side of the Santa Rosa Mountains from where we are, so it was a one hour drive there and another hour back.  I've heard that town is a great retirement community and a short drive to Tucson on I-19 so we decided to go there instead of back to Tucson where I've already been.  It's also on the eastern edge of the Sonoran desert so it is warmer there than here in the grasslands.

We left at noon and got back at 2:30 with six propane cannisters.  Here are some pictures of the drive.

We turned left onto Sahuarita Road and that took us straight over to the town of Sahuarita on I-19.  Along this road we spotted fields of cacti. 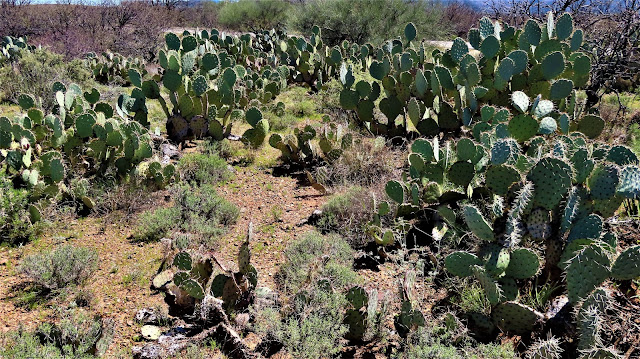 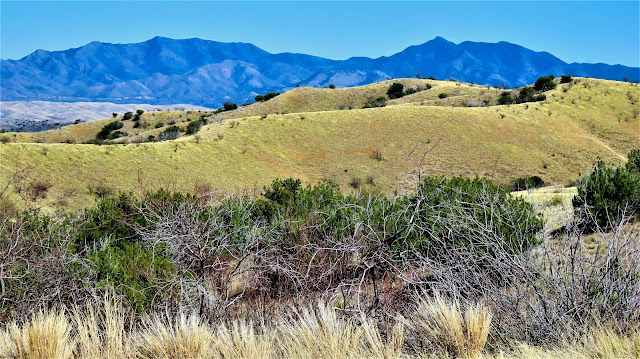 Green Valley is the next exit south on I-19 and the Walmart was right there.  Ran in and out quick as lightening without getting close to anyone.  Cleaned my hands and we were gone.

Before we leave here I'll take a tour of the ranch.  Once we got home I had some lunch and then went outside and put my patio in place and then it was siesta time.  What a difference a day makes in the weather!

While I was resting, a bull was snooping around the WL. 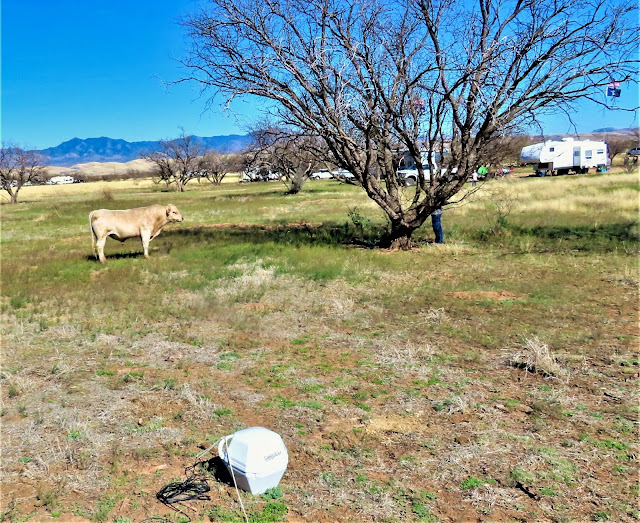 He walked right next to my Dish and then a man from the other camp came over to the tree to see if it was a bull.  It's a bull alright.  A big bull! 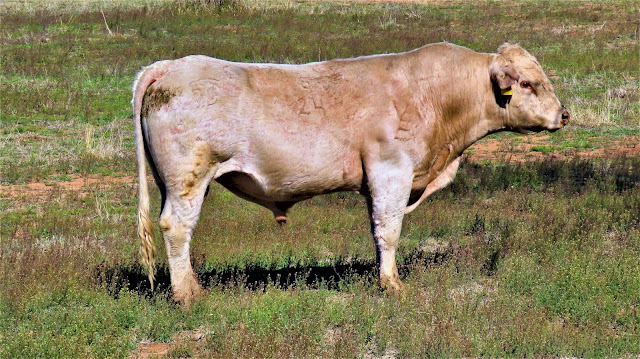 A little later he walked around to where Yuma and I were resting.  Yuma was on a leash, but he just looked at him and didn't make a sound.  The bull asked me what I was having for dinner.  I said chicken.  He was happy and left. 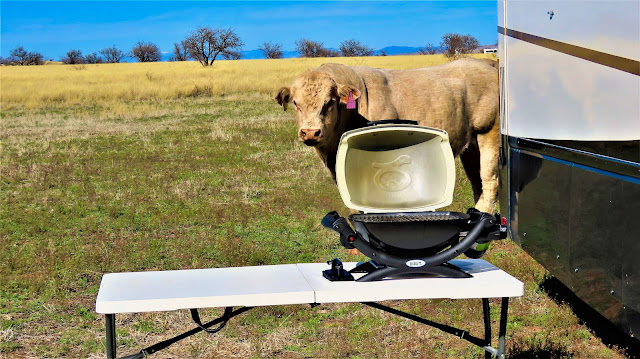 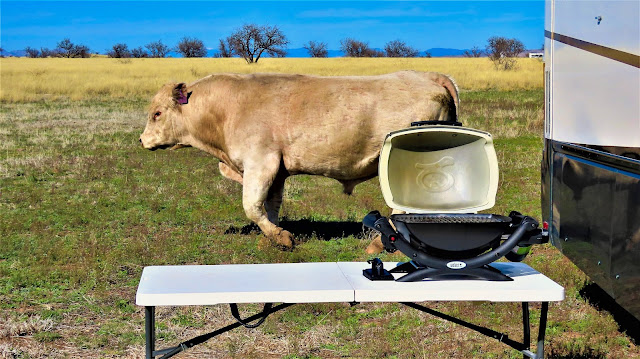 A little later I was startled again.  I had thought he left but he sneaked back to make sure it wasn't steak I was having.  Good thing I hadn't started cooking my huge steak yet. :)) 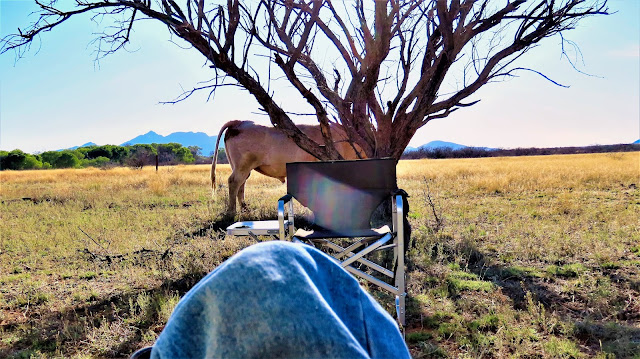 He's gone chasing after some cows so it's safe to bring the steak out and start cooking.  Of course, I'll keep one eye peeled to the pasture, just in case.

Today was beautiful and it will be much warmer tonight.  Tomorrow promises to be even better.  See you later.
Posted by Doug Laning at 8:38 PM