Today was just beautiful here in Bloomington.  Not a cloud in the sky. 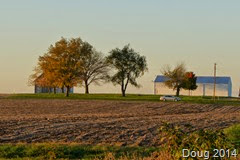 It is my brother, Dick’s birthday today.  He is 14 months younger than me and lives in central Florida near the east coast.

At 8 o’clock this morning, I took the motorhome to Wherry Welding to have the owner take a look at the underside to see what needs to be done to strengthen it so I could pull a trailer with a race car inside.  Total weight would be around 8000 pounds.  He said it would cost about 12-14 hundred dollars.  Too much.  Asked how much to just weld the new hitch on and that would be about 3-4 hundred, so that is the way I decided to go.  Could always take it back later to add strength when and if we ever pull the trailer.  Don’t need anymore strength to pull the jeep since there is no tongue weight.

Didn’t have any plans for the day, so Dolly and I decided to clean the Sony SLR camera lens and inner mirrors of the camera.  I have a cleaning kit that comes with a small suction blower.  Instructions say to not touch the inside of the camera and place the camera into cleaning mode.  Did that and blew air onto the mirror and all around the inside.

I thought I had it done, so went out late in the day to take some pictures.  This squirrel was curious to see what I was doing. 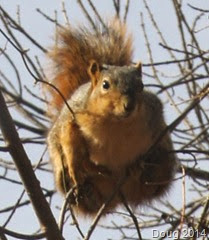 At first I thought the spots were gone, but they weren’t.  Went through the process again and found that I did not place the camera in cleaning mode.  When the “Cancel” or “Okay” screen appeared, I didn’t notice it defaulted to “Cancel” so I canceled the mode.  This resulted in the mirror not moving to where it could be cleaned easily.  Here is a photo with the spot.  You can see it in the upper center. 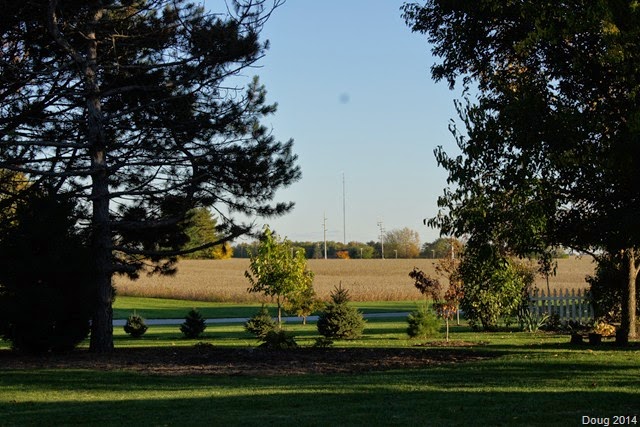 In this picture, I used Picasa to clean the spots in the sky, so you wouldn’t think there were space ships over the house. Will have to wait till tomorrow when the sun is out to test again, so stay tuned.

Time to watch the World Series.  I went to high school in North Kansas City, Missouri.  I am hoping the Royals do well.