Worked very hard this morning, cleaning the house.  Decided to take a break and go to Best Buy to look at laptops.  My laptop is old.  It is a Gateway with Vista and I think I bought it in about 2007, so it is 7 years old and has served me well.   The time has come for it to become my back-up.   With everything I have installed, I just didn’t want to wait till it quit and then I would have to update my new computer from memory.  That wouldn’t be good.

I have been looking at new computers online for quite a while, so today is the day to make a move.  Wasn’t sure I would buy or not, but wanted them to educate me with what they have that fits my needs.  My sales rep, Ryan was a very personable young man and very knowledgeable about computers.  I went over my needs and he showed me a few laptops. 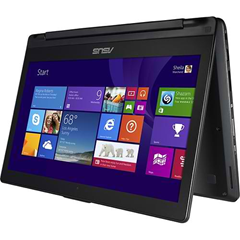 I narrowed my search to the Lenovo and Asus.  After a little playing around with a couple models of each, I decided on the Asus.  It is a 13.3” touch screen Notebook and rotates 360 degrees, so it becomes a tablet. 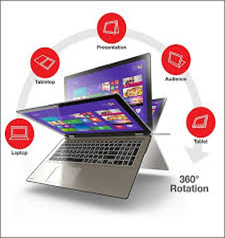 It runs on Windows 8.1 powered by an Intel Core I5 with 8 GB memory and a 500GB hard drive.  The propaganda says that the battery will last around 7 hours, which will be nice when boondocking.

I played around with it for a couple of hours and then Dolly pulled me away to bring in plants.  She has collected many plants and cactus over the years.  Tonight and tomorrow night are going to get down in the 20’s, so if it was going to get done, today was it. 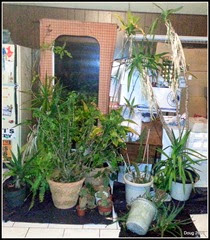 Dolly lost by 5 points in Gin Rummy last night and the Royals lost the World Series by 1 run.  She beat me good tonight and we’re watching a little Thursday night football while lying in bed.  Got to get a good night’s rest because tomorrow we’re heading for Indianapolis, IN.  More on that in the next blog.