A Windy Visit to Quartzsite

After breakfast this morning I went to the door to sit in my lounge chair and guess what?  Yuma had beat me to it.  As I was finishing up with the dishes he decided he would get a little sun to beat off the chill of the morning. 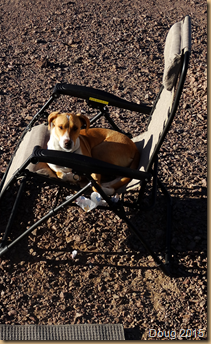 Yuma moved over and we both rested awhile and then I headed over to our neighbors Wanderlodge to talk to Todd.  He had mentioned the other day that he also had a Dish Tailgater, but it did not work properly.  It would never locate a satellite.  I told him I would try it on my receiver since I knew mine did work. That way he would know if it was the Tailgater or something else like his receiver or a bad connection.

I brought it back to my RV and first turned mine on to make sure everything was working okay and it was.  Then I disconnected my Tailgater and connected his to the exact same position.  It would not work.  I kept getting an error telling me that it could not find a satellite.  Moved the dish a little to point it more to the southwest and tried again but got the same error.  I took it back to Todd and told him what happened and that was exactly what was happening when hooked up to his receiver.  Conclusion:  Tailgater is not working.

Yuma and I did some more resting as the wind increased over the desert. The dust level also increased.

Decided this would be a good day to go into “Q” to take another look around and get some groceries and gas for the jeep.  Getting too low on gas to trust way out somewhere in the desert.  Don’t want to run out of gas.

Hum…. which way should I go?

I am about 20 miles from town and when I got to about 10 miles from town the crowds of RVs in the desert started to grow and so did the dust.  This is the La Paz Road BLM land area.  This area is 14 days free, but it appears to be fairly crowded.

Got into town and found a parking spot on the west side near all the action.  That was nice.  The wind had picked up more and was blowing dust everywhere.  People were holding onto their hats that’s for sure. 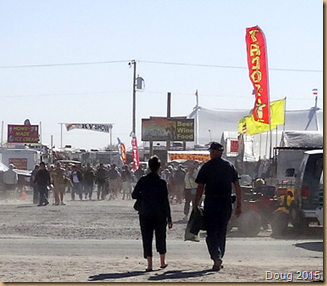 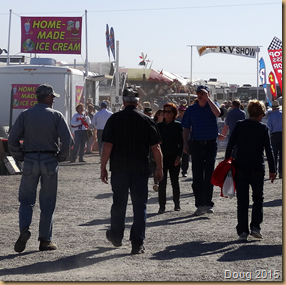 That guy was as skinny as me when he went into Beer Belly’s. 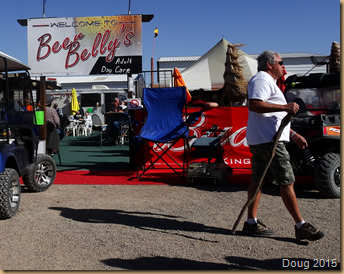 Cute little red and whit Reto pull behind trailer.  If you don’t like that one, here is another just as small. 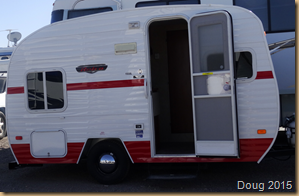 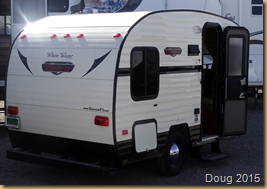 Yuma was a good boy as usual but he was tired of all the people and noise so we headed to Main Street to pick up supplies.  As you can see, getting over I-8 on the west side of town to Main Street was a nightmare. 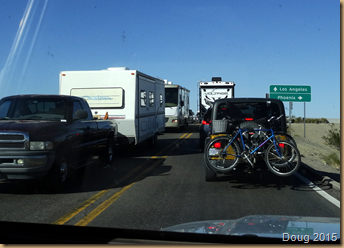 Got my gas here.  It was 5 cents more than Pilot but a lot less crowded.  Also picked up two gallons of water while there.  I always put my empty jugs in the jeep, that way if I come across a water station, I am ready to fill up.

Stopped at the Dollar Store and got a few groceries and we were done for the day.

Never made it into the Big Tent this year but I will live.  I thought it would be a little too much dragging Yuma into that maze.

Left the dust behind and headed south on hwy 95 to camp. 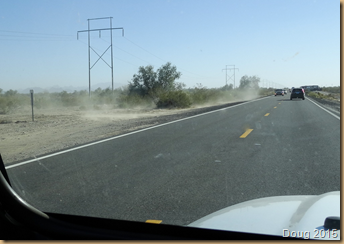 As the sun gets low in the western sky, I take Yuma for his last walk of the day, and then it is in for the night.  Hopefully, tomorrow will be another adventure for both of us. 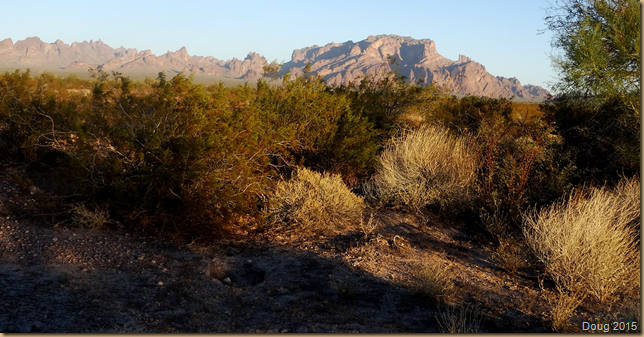