Stayed around camp most of today.  I have been carrying a brand new 2000 watt Inverter Champion generator in the back of the jeep for the past two trips out to the southwest.  I had originally bought it to use in our Miss Adventure 18’ trailer, but bought the RV before I had a chance to use it. 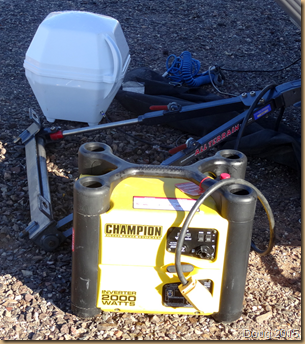 I now have many sources of power for the motorhome.

After lunch, Yuma and I took a tour of Bouse, about two miles down the road.  Not much to tour.  We stopped by the Bouse Historical Landmark.  There was a plaque 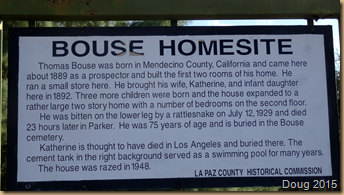 and as the plaque says, a water tank. 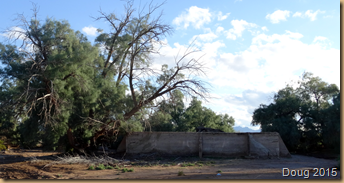 Yuma and I walked past Thomas Road and over Bouse Wash bridge.  On our way, I saw this rundown trailer on Thomas Road that had two gargoyles in the driveway entrance.  The place wasn’t much, but those two gargoyles were neat. 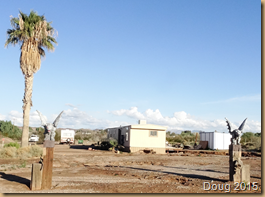 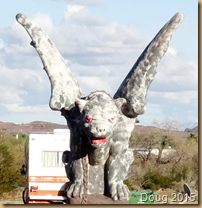 Even with the half inch of rain there is no water in the wash.  Looks like it is used mostly as a road for ATVs. 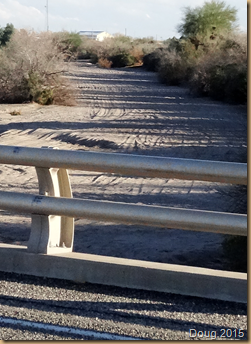 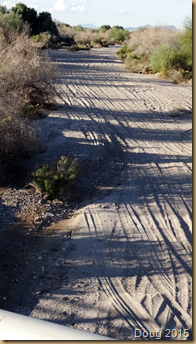 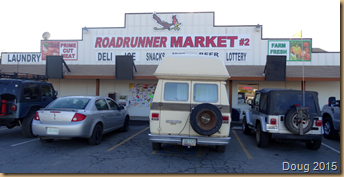 Then Yuma and I walked over to Renee’s New & Used place and looked around.   Lots of stuff.

Was looking for a bird feeder, but the ones she had were not very good so passed on them.  As I was heading back out, I spotted two box turtles in a box.  They looked so real, I didn’t realize they were made of concrete and painted.  What do you think?  Dolly loves turtles so bought both for $15.  Couldn’t split the two.  Never will know how long the two have been a pair. 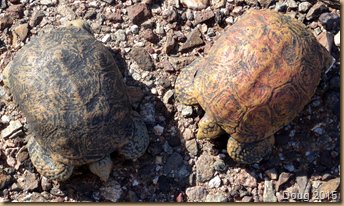 Noticed the historical sign mentioned Bouse cemetery.  Will have to make a run over to it before I leave the area.