Rainy Day in the Mountains

Last night we had rain.  Not a whole lot but quite damp out when Yuma and I went for our walk up the jeep road.  Luckily, it is very sandy and packed, so no problem with walking around.

He was such a good boy on our walk, I broke out another chewy bone.  He loves them. 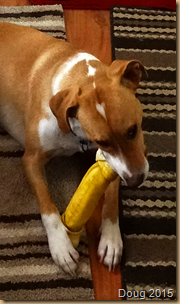 Continued sprinkling throughout the morning and early afternoon, but then the sun began to peek out just a little to the south.  Still cool with a little wind to help make it feel so.  It says that it is 62 in Needles but here in the mountains it is probably more like 52.

For our early afternoon walk, Yuma and I walked all the way to the end of the jeep road we are camped on.  It ended at a ravine about three quarters of a mile into the canyon north of us.  At the end we found a large metal water container and just next to it a large round water trough used for drinking by cattle. 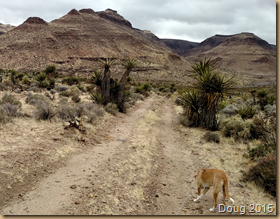 Sure enough, when I turned around to leave, I looked up and there were two bovines looking down at us.  Horns and all.  Wasn’t long before a bunch of young ones came over the hill, all heading for the water. 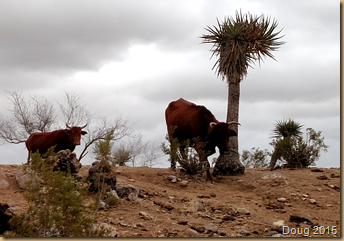 When Yuma spotted them the hair on his back stood on end and he watched them carefully, but didn’t bark.  However, the young calves became spooked and started to run back over the hill and Yuma wanted to chase them.  Thank goodness he was on his leash and couldn’t run after them.  Don’t know what would have happened and sure don’t want to find out. 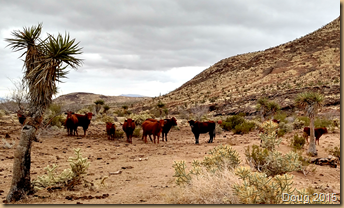 The ground here has a lot lighter texture to it than it does in Arizona.  It is a light brown sand and missing all the dark rock.  However, the mountains do have that dark brown look same as Arizona. 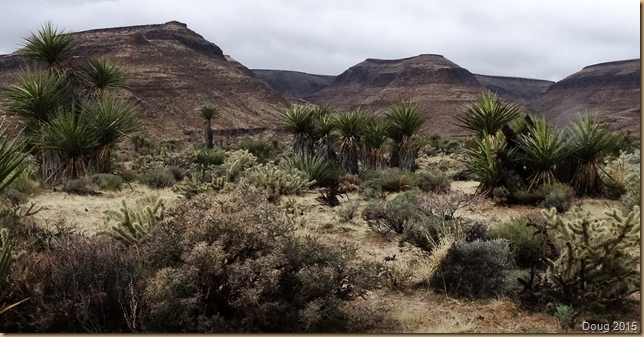 The brush is not made up of mesquite, but different types of cactus and brush I have never seen before.  Most of it is hard and bristly.  There lots of Cholla cactus here to bother Yuma, but they are not the jumping chollas thank goodness, so the barbs are not as prevalent. 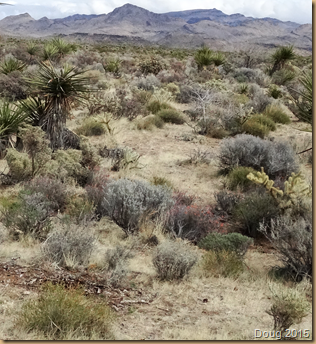 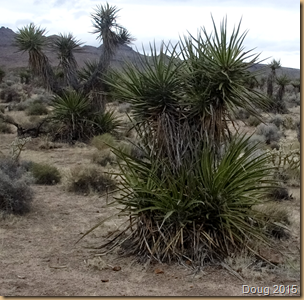 I haven’t even unhooked the jeep.  Wanting to wait for the sun to come out.  Need to conserve the gas in the jeep.  Since there are no gas stations at all around here, I need to use the tank I have to go to specific destinations.  Can’t waste it just wandering aimlessly down roads.  Better do some Internet research tonight before heading out tomorrow. 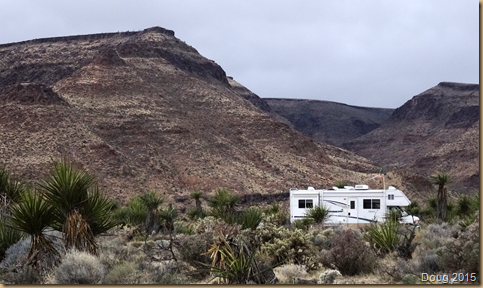