After breakfast this morning, Yuma and I decided to drive over to the other side of the valley to check some rock formations.  I wanted to check out the rock formation at the end of that dirt road going up the mountain. 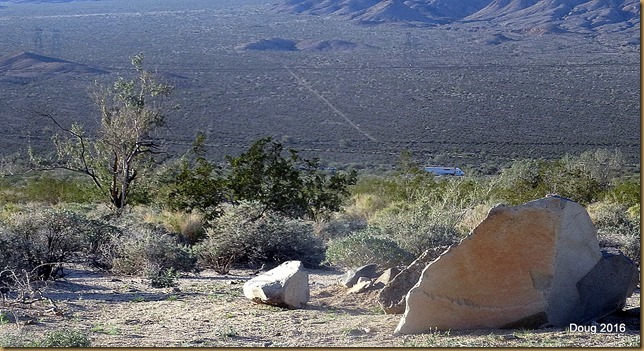 Here is what it looks like from the south side of the valley, looking towards Joshua Tree N.P.  I-10 is below and just above that and before the Cottonwood Mountains is the dirt road we are staying on.  It is the white line. 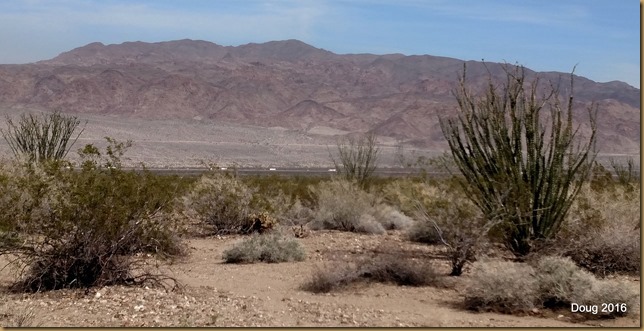 Here is a zoom photo.  We are on the second white line, above the truck on I-10.  The south entrance to the park is through the valley in the Cottonwood Mountains above us.  Click on it to enlarge.

While walking around, I came on these beautiful cactus up against a nice green bush. 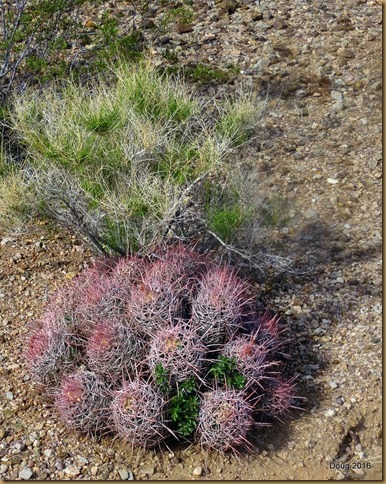 We didn’t stay long on the other side.  The rock formation turned out to be nothing exciting.

When we got back to camp, Dolly was putting her metal detector together.  We have carried that thing around for three years and never took it out of the box till today.  Here’s Dolly metal detecting.  We found one can pop-top on our maiden voyage.  She found it and I dug it up. 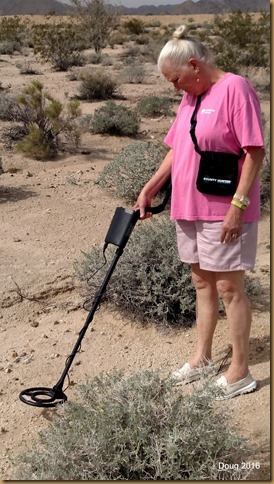 After lunch, we left the poor doggies in the MH and drove five miles east to the George Patton Memorial Museum.  The reason it is located out here in the desert, is because General Patton started Camp Young here in 1942.

The camp was created to train World War II trainees how to live and fight in desert conditions before being sent to South Africa to fight the Germans in the desert there.  Over one million men were trained here during the war. 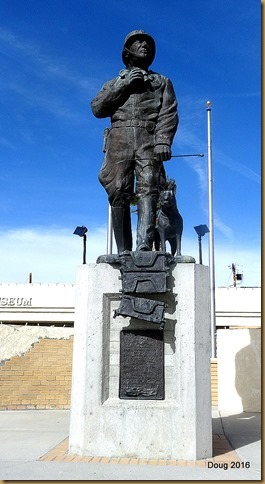 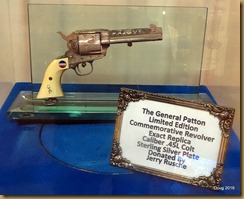 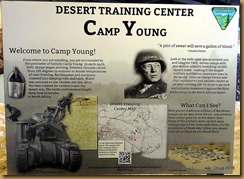 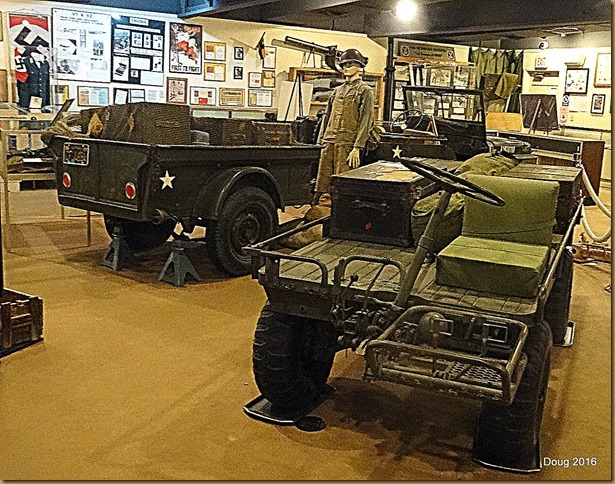 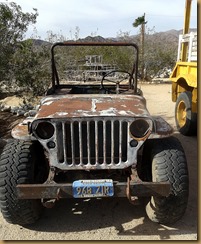 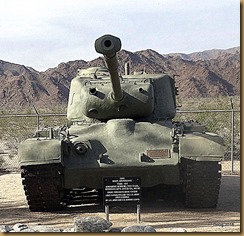 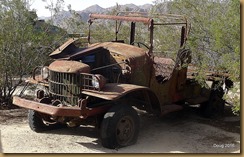 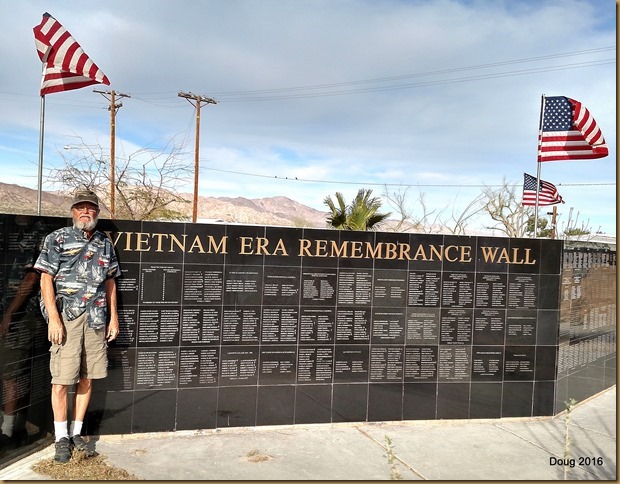