Had another fiery sunrise again, as you can see in the windows of my MH. 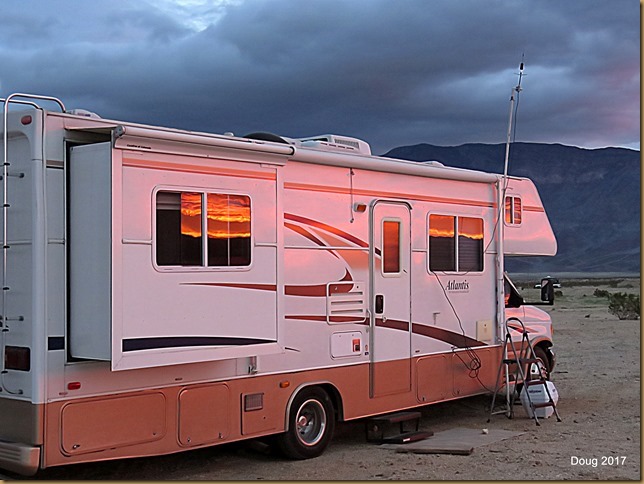 When I woke up this morning and looked out the bedroom window, I saw the moon.  For a minute I couldn’t understand why the moon was just coming up in the East till I realized that when I came back from doing errands, I parked the MH facing East and the back window was facing West.  The moon was just setting over the San Ysidro Mountains.  Unfortunately, there was cloud cover on the mountains.

I think we had a nuclear explosion over San Diego! 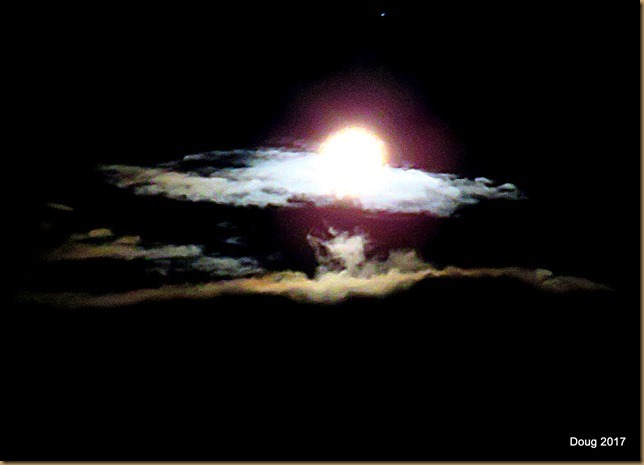 This morning was moving day.  Since we had dumped tanks and taken on water yesterday, all we had to do was pack up and move out.  Only a sixty-five mile drive, so we were in no hurry.

Did our morning coffee and blog reading and I noticed a comment that Tom and Deb Duchaine of Celebrating the Dance moved in next door yesterday while I was out doing errands.  Tom and Deb follow Travel with the Bayfield Bunch and my blog, and they liked what they saw here in Borrego Springs and decided to see it for themselves.   That is wonderful!

So before heading down the road, I walked over and introduced myself.  They are an adventurous couple exploring the Southwest in their beautiful MH.  They are from the UP of Michigan.  We had a great little chat and then it was time for me to move out.  Hope to see them again on down the road. 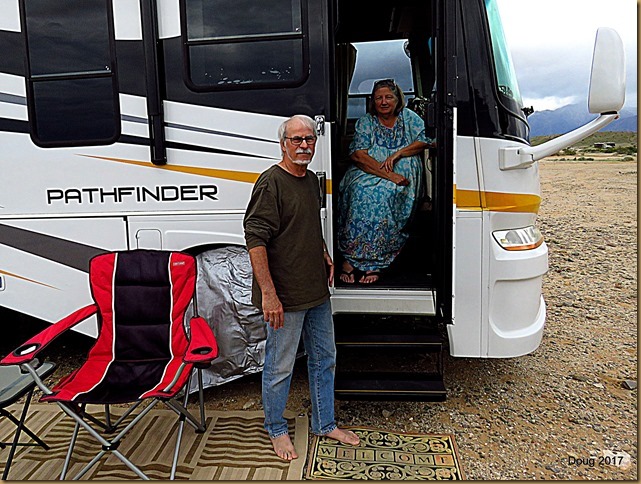 The drive to Indio was uneventful with no stops along the way as I drove North through the Coachella Valley.  Indio is a beautiful city just East of the San Jacinto Mountains, I think.  I’m sure Cheryl Ann of Deep Canyon will correct me if I am wrong.  She lives near here. 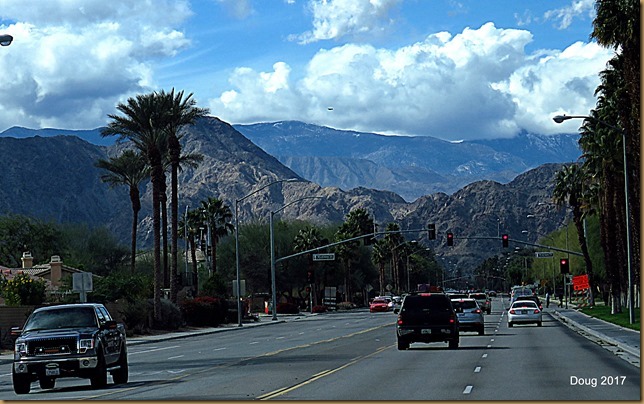 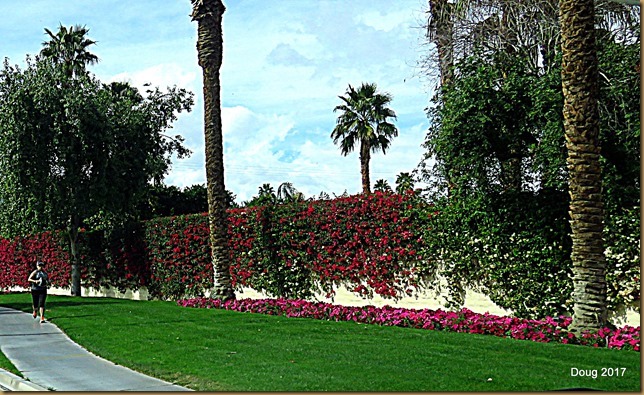 Once I arrived at the Walmart, I had a whole lot of shopping to do.  I was out of about everything and that’s what I bought.  Even picked up a three month prescription I was needing.  Nice to have those Walmarts all over the country.  Every store is the same and you always feel at home at Walmart. 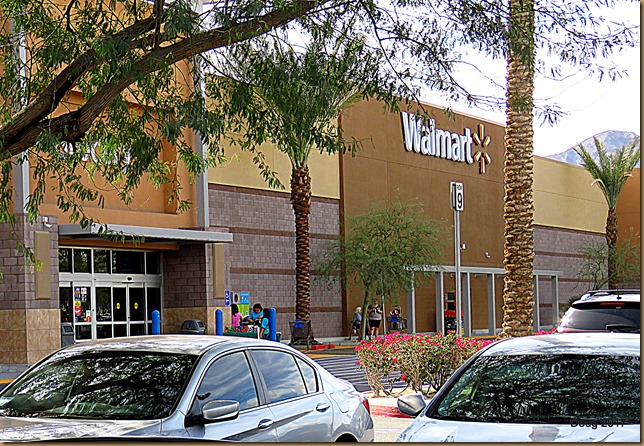 This is  Ricardo himself on the phone selling his wares.  Wouldn’t you like to buy and ship one of these metal sculptures home to put on your lawn.  You would be the envy of the town. 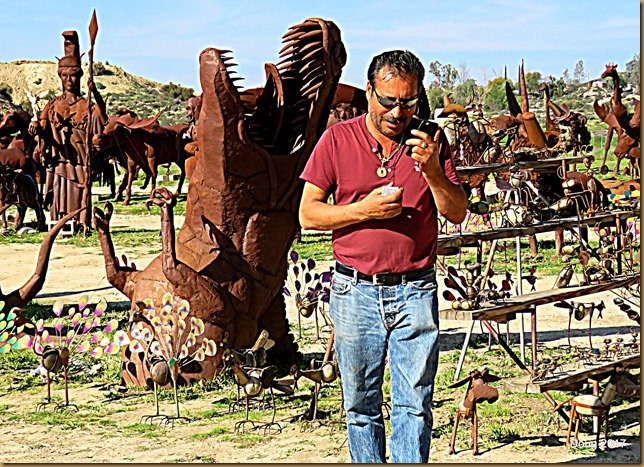 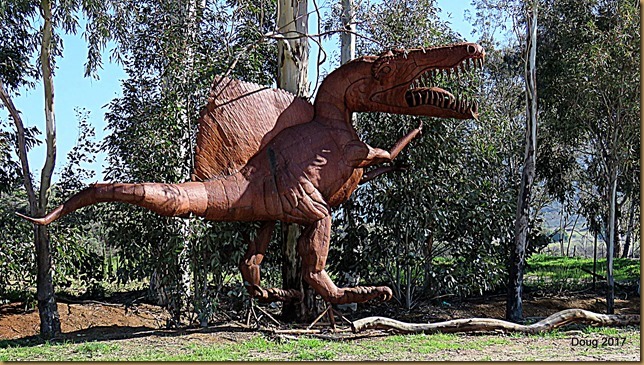 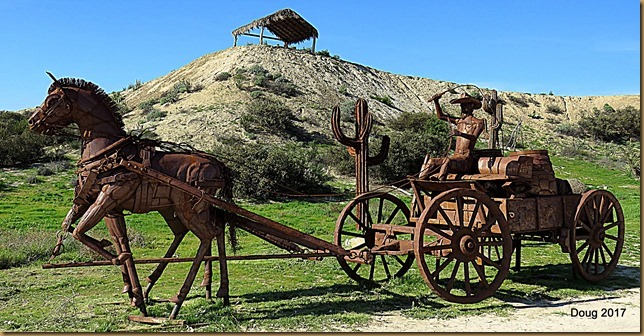 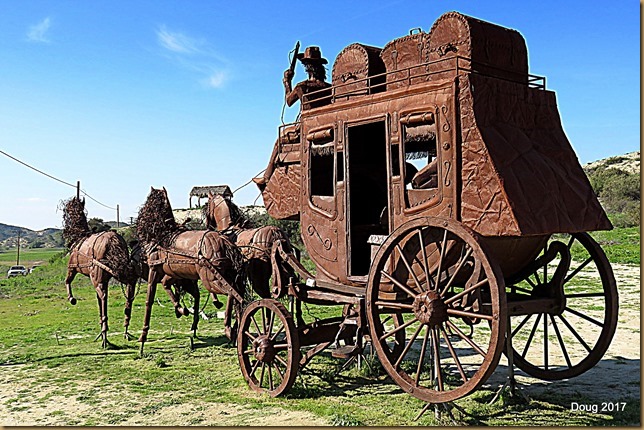 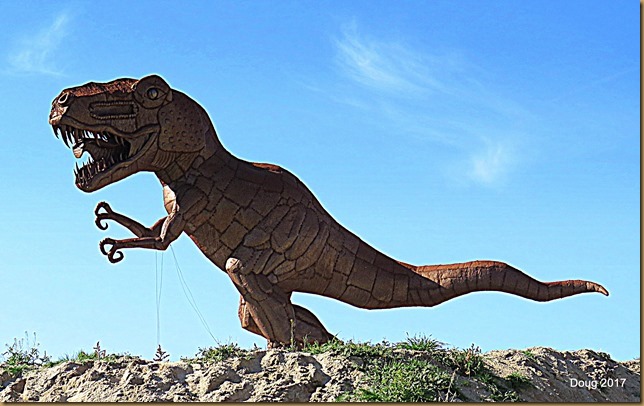 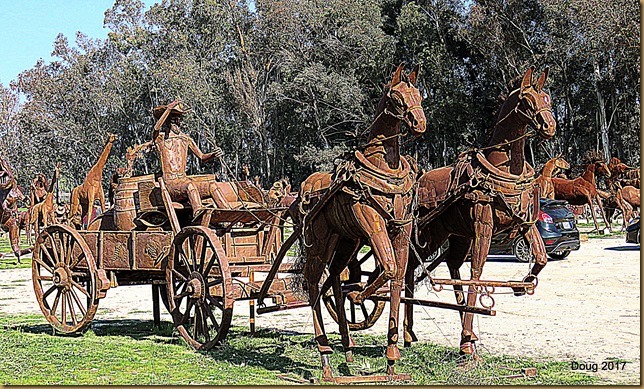 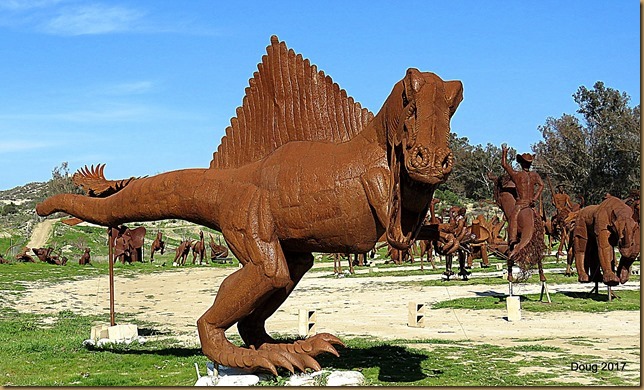 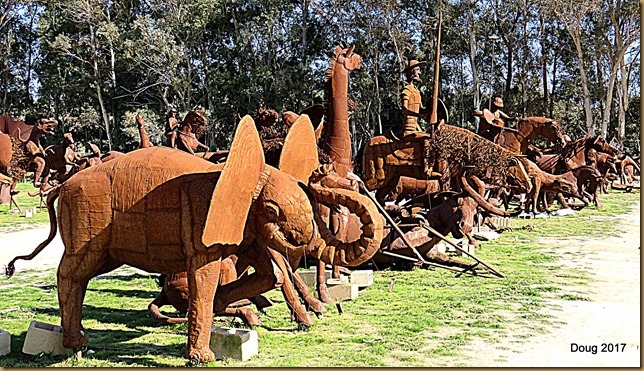 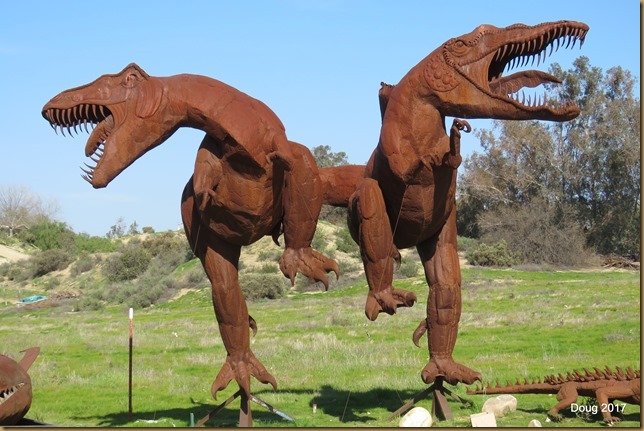 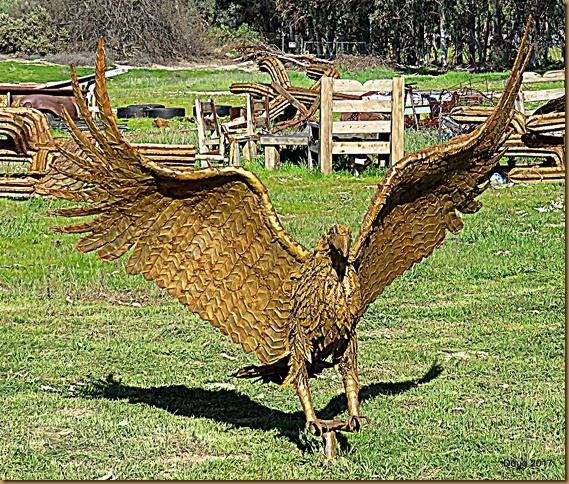 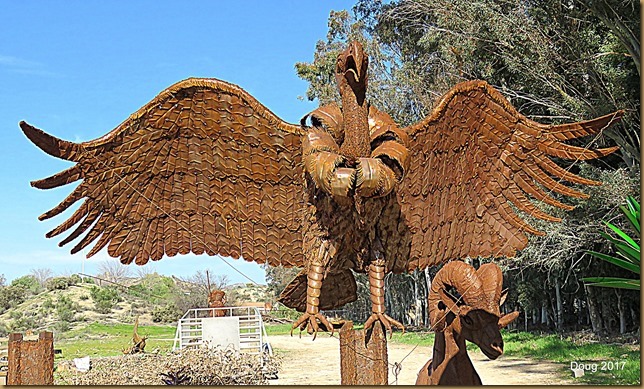 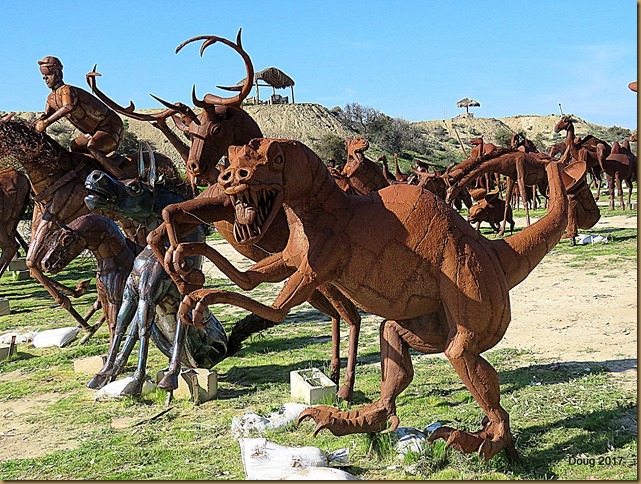 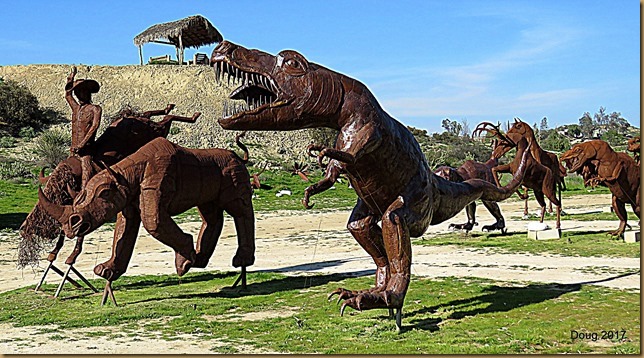 I think you get the idea.  There so many sculptures it boggles the mind.  Beautiful work and so many for a man so young.