Tortoise Hunt and preparing to move

This morning, the sun came up through a thin layer of clouds with mountains in the background and the trucks moving along I-10 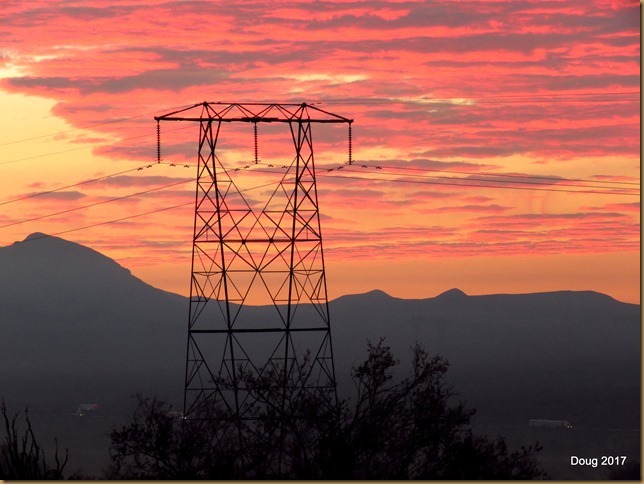 Yuma and I slept in till nearly 8 this morning.  We took our walk and had breakfast and read my blogs for awhile.  It was then, I started thinking it was time to move on.

Yuma appears to be back to normal after his bumpy ride yesterday. 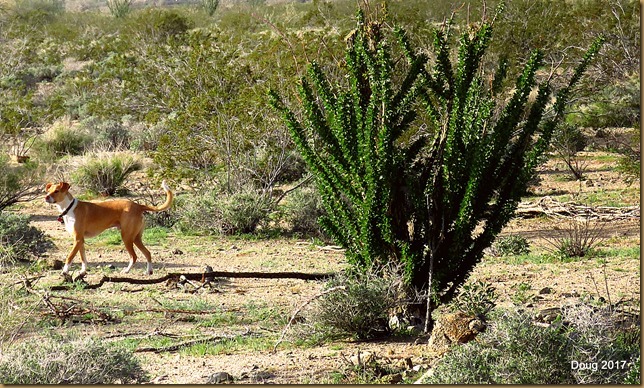 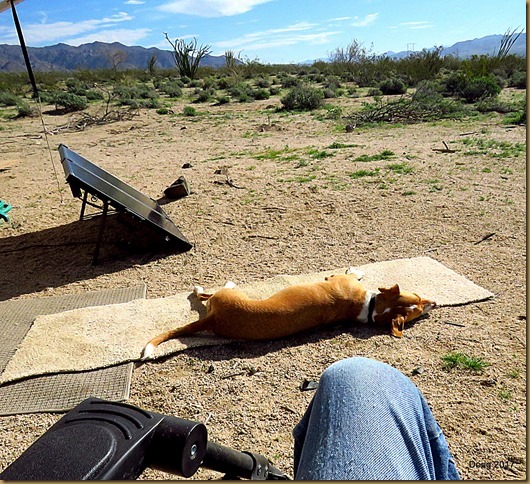 First thing I did was check the air in that bad tire and was surprised to see it at 40 lbs.  Half of what it should be.  Not good!  Tried to start the big generator and got a bunch of clicks and whirs, but would not start.

I decided to run down to Eric and Shaena’s site and ask to use their generator to fill my air compressor.  They were home and conveniently, they were just cooking breakfast.  Asked me to have breakfast with them and I couldn’t turn them down.  Had yummy eggs and bacon.  About twice what I normally eat.  I would get fat if I stayed around their place very long.

After breakfast, we sat and talked for awhile.  Yuma likes his new friends. 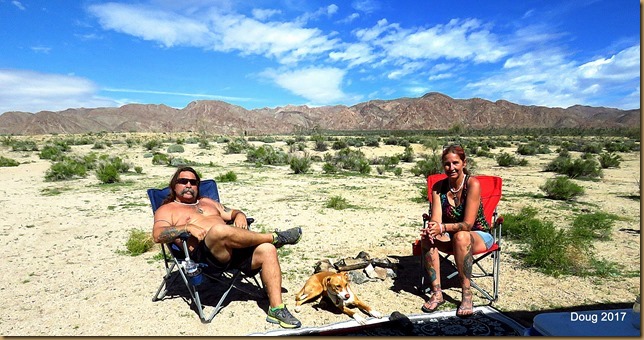 Then they asked if I wanted to go with them down the hillside to see if their two tortoise friends Faith and Matt were wondering about.  Shaena gives everything a name.

They said they had burrows down there.  Thinking to myself, there surely weren’t tortoises wondering around down there.  I have been walking these hillsides for three winters and never seen even one.

We didn’t walk 100 yards down the hill when Shaena spotted Faith walking slowly up the hill to greet her.  Say hi to Faith. 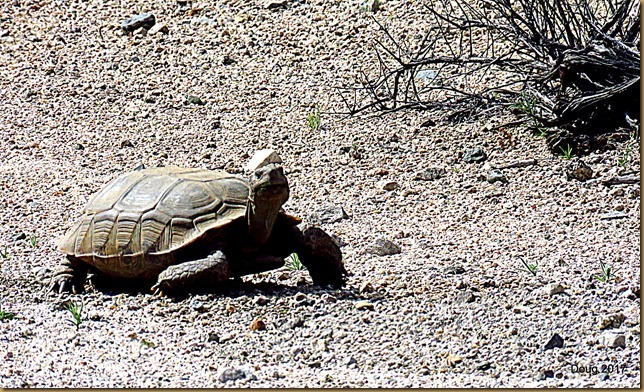 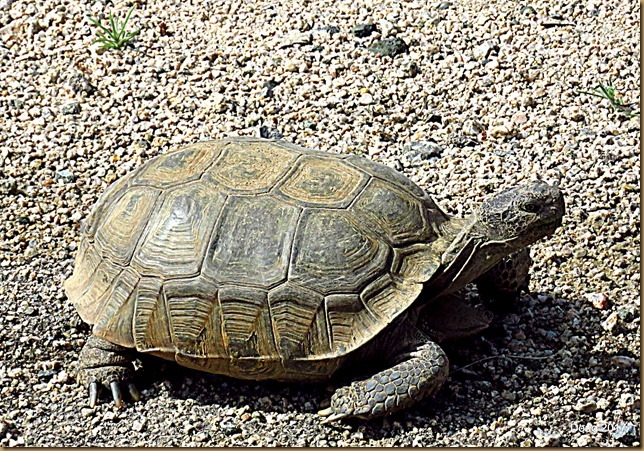 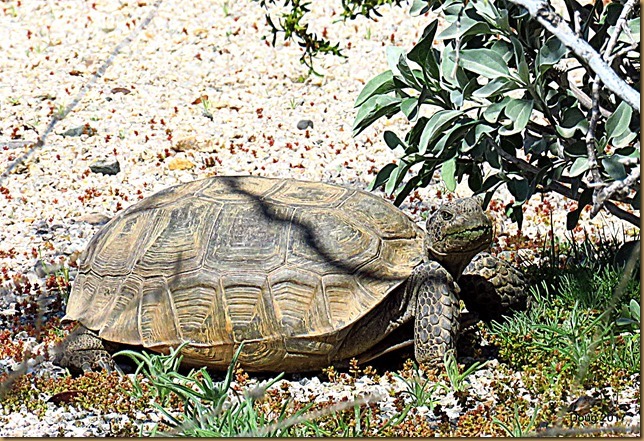 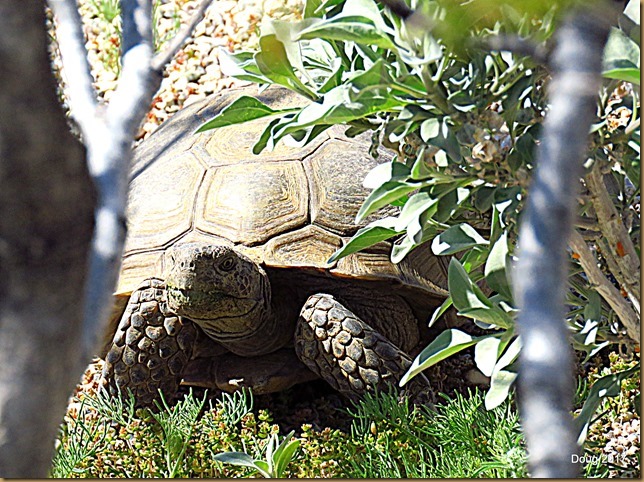 Meanwhile, Eric walked further on down to Matt’s burrow and whistles for us to come down there.  Sure enough, Matt was walking around too.  I just couldn’t believe it.  I think they are tortoise whisperers!

Say hi to Matt!   He was more interested in eating the grass than us. 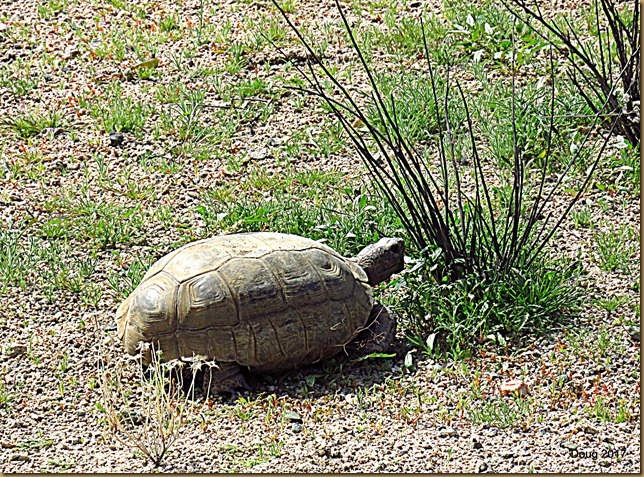 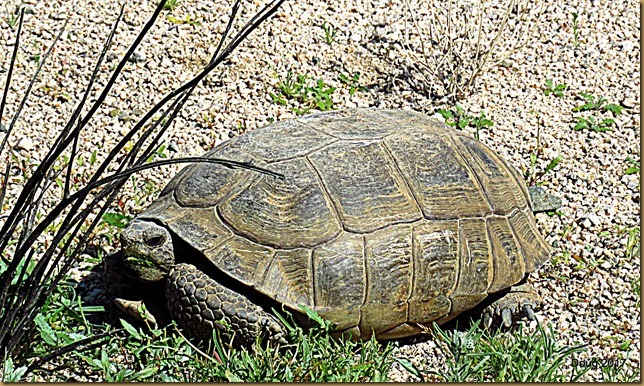 Before I could stop Yuma, he walked up to Matt and gave him a Slurpee on the back. 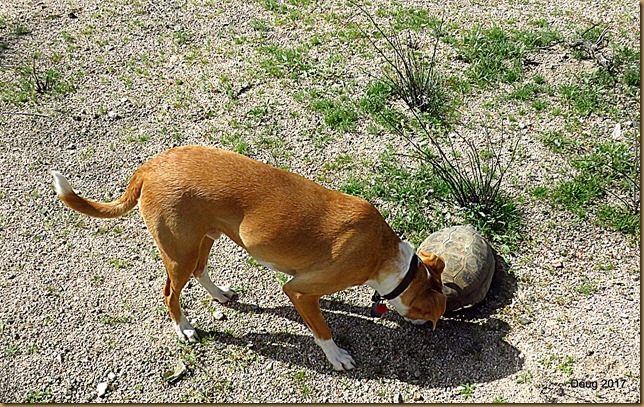 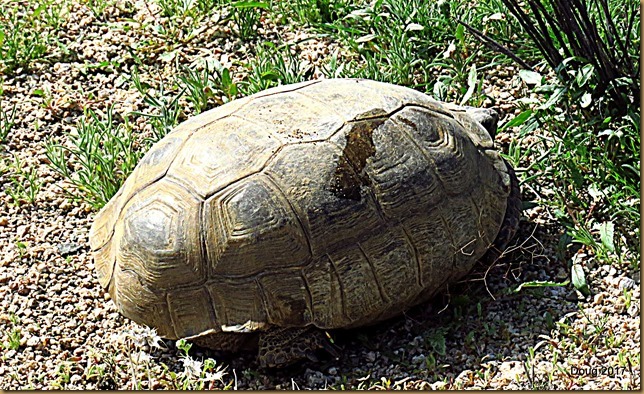 Finally, I got to the task I came down there to do.  I filled the air compressor and went back to the MH to put air in the tire.  After two runs, I only got it to 56 pounds.  It was then they said that since I was packing to leave, just bring the MH down to their place for the night and we can fill it using their generator.

While I packed, they decided to run up to the Park and dump and take on water.  On the way back they stopped by my site and we took care of the tire with their generator in just a few minutes.

I then ran on up to the Park and did my thing and brought the MH back to their site for the night.  Before leaving late in the morning or early afternoon, I can make one last check of the tire pressure and be on my way.  I’ve got to get that fixed at my next stop, for sure!

These are a few of the mountains up from our site within the Park. 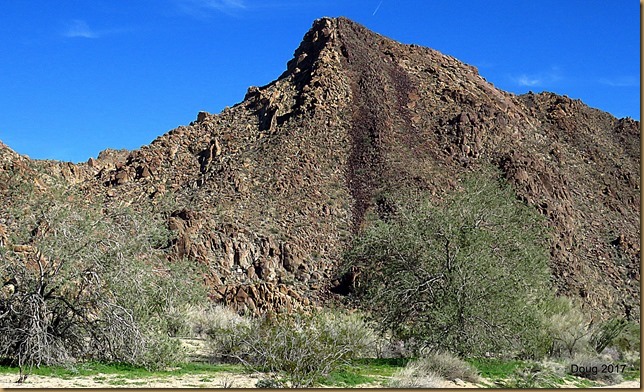 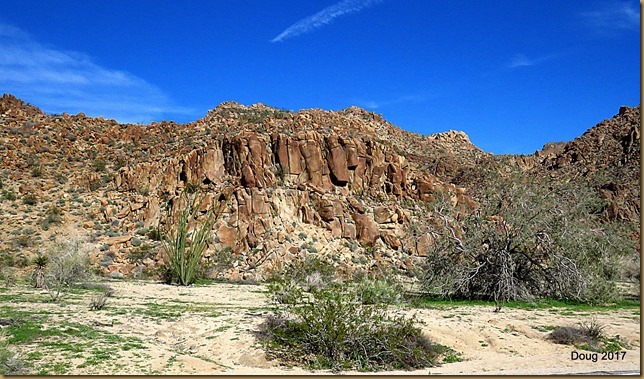 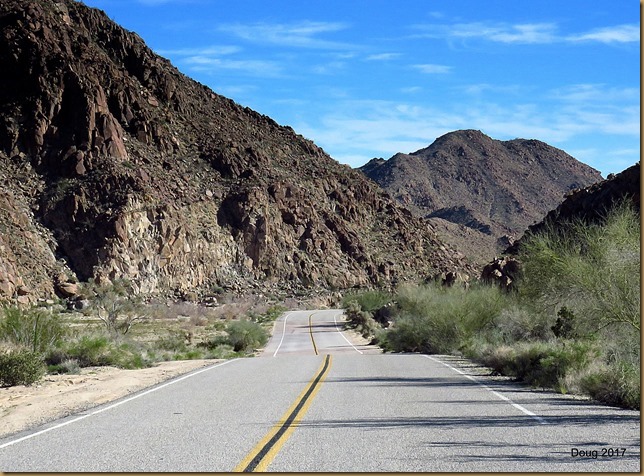 Beautiful late afternoon as the sun falls in the West. 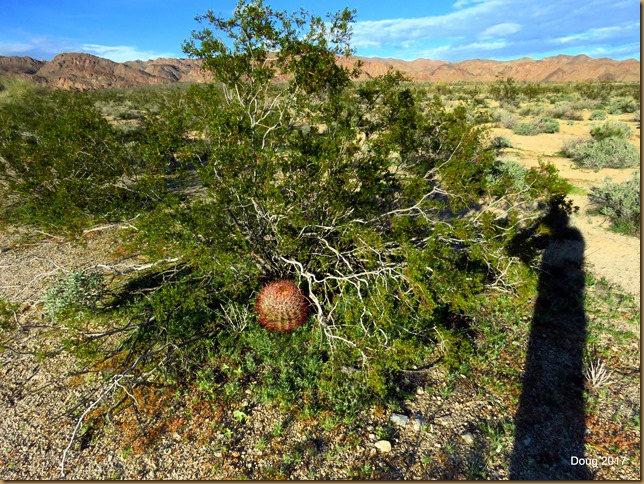 This evening, we plan to each collect a rock and paint it, using our painting skills.  Put our names on them and leave them in the desert to be found centuries from now.   Talk more about that tomorrow.  Got to eat and run.