This morning, I rose with the sun and took Yuma for his last walk down the hill into the valley.  We had a quick breakfast and packed up to leave this beautiful place. 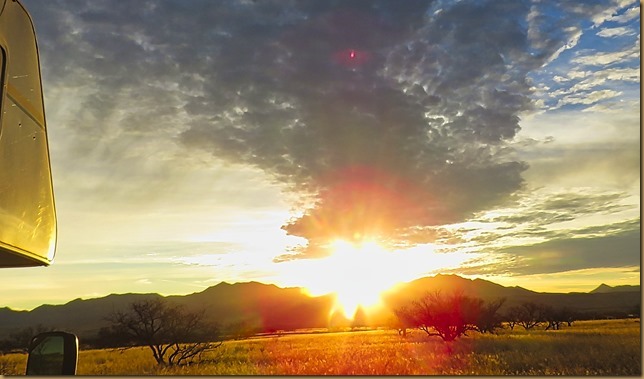 Going to be a hot one today.  Breaking a record in Tucson at 91 degrees and we will get to 84 here.  It was overcast to start the day, so I was able to get done with preparing for departure before it got hot.

While I was pumping up one of the tires, I turned on the generator and as I was standing by the driver’s side door, I happened to look down at the door.  The sun was lighting up the little cubby holes in the door and what did I see??  My Wilson Verizon internet booster was inside the first cubby hole.  Being black it was hard to see.  I have no idea who would put it there or why!  Couldn’t have been me!!! 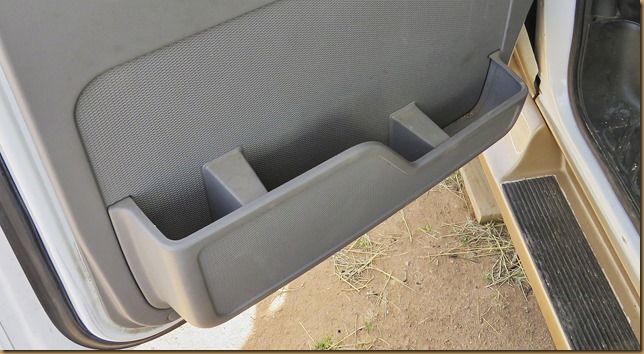 Didn’t have far to go today.  Forty-five miles to be exact.  Just on the other side of the beautiful Whetstone Mountains.  We were rolling at 9:30 and stopped in Sonoita to fill or propane tank.  Probably could get it cheaper down the road, but this was convenient.

Then we turned onto hwy 82 and headed east toward Whetstone.  Went right through the valley between the Whetstone Mountains and the Mustang Mountains.  Only twenty miles.

Turned left on hwy 90 and went north for ten miles and turned into the State Park. right at 11 o’clock.   I parked in the RV parking area and went to the visitor center to see if I could camp for the night and get a ticket to tour the caverns.

East side of the Whetstone Mountains.

I was surprised with how crowded this place is.  The RV campground was full but the lady said I could stay in the overflow parking lot for $15.  I asked if that included the dump station, water and the the shower rooms and she said yes.

Fantastic, got a place to stay for half off.  With dumps costing $10, I figure I’m staying for $5.    They could only get me a ticket for 4:20 in the afternoon; the last tour.  Perfect again.  I’m in no hurry and this will give Yuma and me a chance to scout out the area with a hike.

We did the Foothills Trail, a three mile loop hike around the hills that the caverns are under.  Didn’t fall into the caverns.  By the time I got done with the hike, it was 86 degrees and hot.   With all the previous walking, my Fitbit says I walked 11,866 steps at 5.62 miles.  I’m dead tired and I still have to walk the cavern. 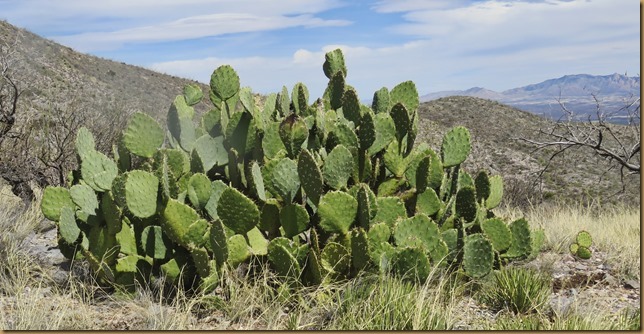 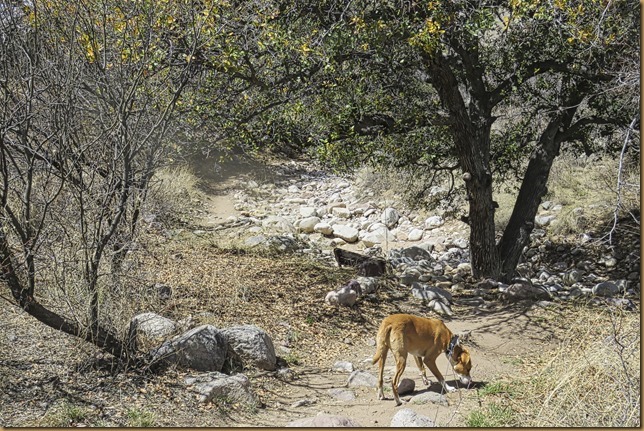 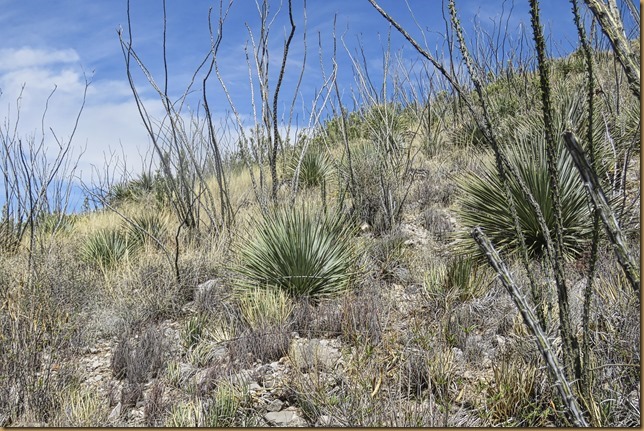 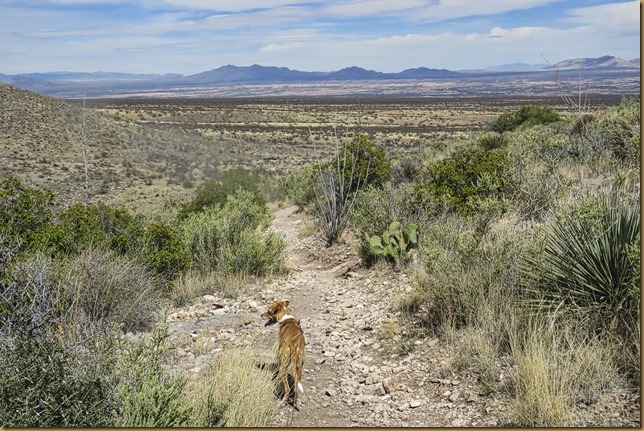 There were 20 of us for the last tour of the Rotunda Room.  These caverns are pristine and had many formations.  I would highly recommend spending the $23 to take a tour.  Takes a little over an hour for the tour.  They would not let anyone take a camera inside so nothing but memories.

Thank goodness, I had two hours to soak and rest my feet and legs before it was time for the tour.  Just looked at my Fitbit and it says 14,833 steps at 6.70 miles.  No wonder I hurt all over.

Setting up my Dish so I can watch the Gonzaga-Florida State game.  Then some dinner, finish my blog and off to bed.  Been a tough day.