Walk along Empire Creek through the Cottonwoods

Last night the temperature dropped to 34 degrees.  At 3 A.M. I turned on the Wave heater so the RV would remain warm.  Around 7 o’clock Yuma and I got up to a bright sun and no wind.  Took our normal walk.  Actually felt nice, although the temperature was only 39. 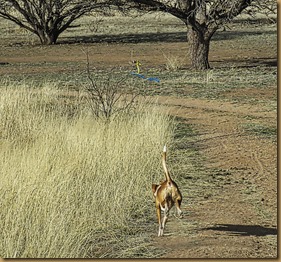 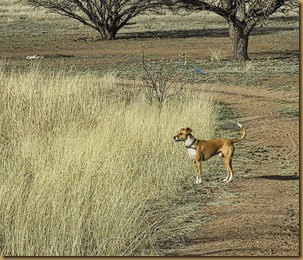 It wasn’t long after breakfast before the sun felt so good, I just had to lay in the lounge chair and soak it up.

Looking at the weather forecast for this area, I decided I would stick around a few more days.  70s and 80s forecast for the rest of the week.  With that decision made, I knew I had to run into Sonoita to pick up some groceries.  I’m out of some vital food.

Around 12:30, Yuma and I hopped in the Jeep for the 10 mile run into town.  Made a quick stop at the Dollar General and then we drove around and took a few pictures of Sonoita again.  Not really a town.  Actually, just buildings along either side of the highways. 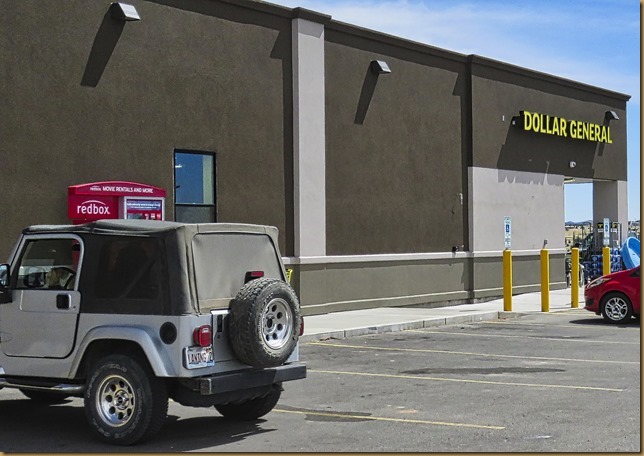 A local.  I don’t feel so bad for the way I’m dressed now. 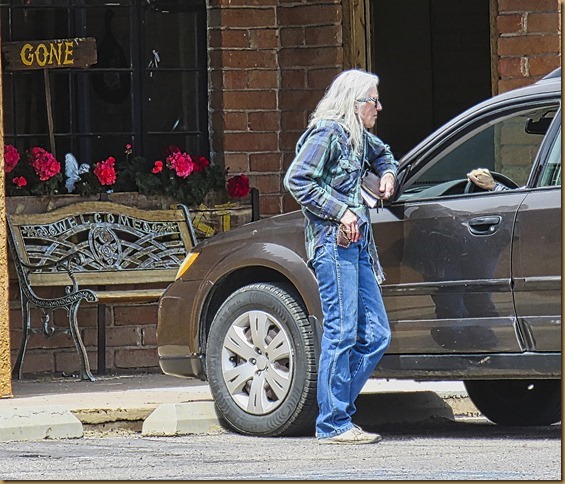 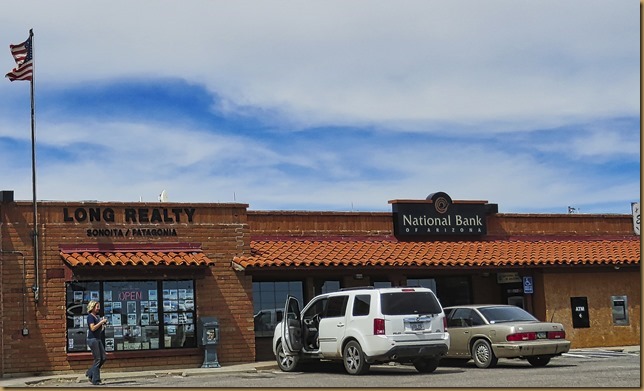 Wasn’t long before we were back at our site.  Should have fixed lunch, but I forgot.  Instead, Yuma and I made a run up to the Cottonwoods at Empire Creek.  Driving up the road, I couldn’t resist taking another picture of the Mustang Mountains across the valley.

This area is called Empire Gulch and has a path going along and through the creek.  It is a favorite place for bird watchers. 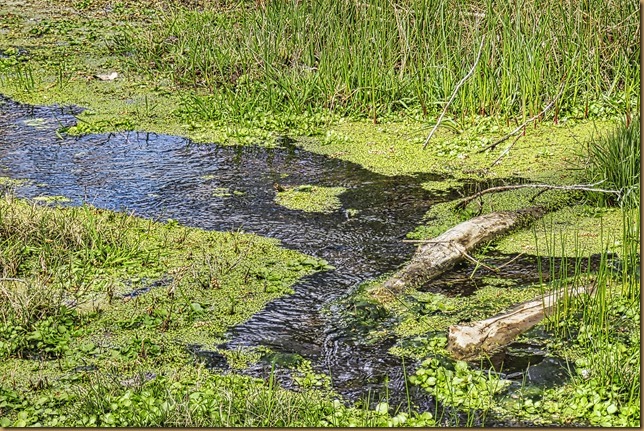 Yuma just loved the trail.  He took off and was running a hundred miles an hour up and down the trail showing off!  Hard to get a picture he was going so fast.  A creek and Yuma running fast.  I should have known there would be trouble. 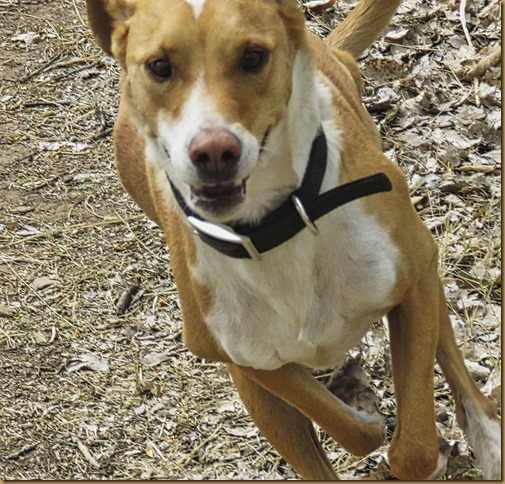 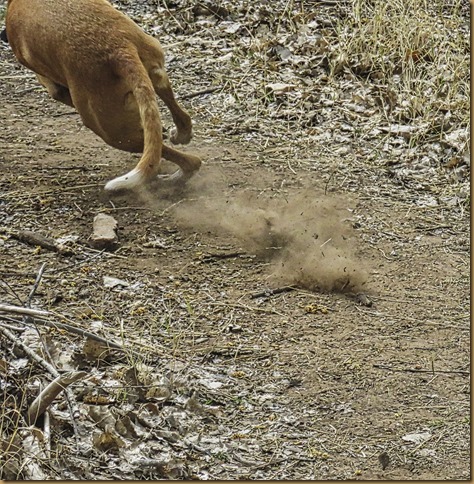 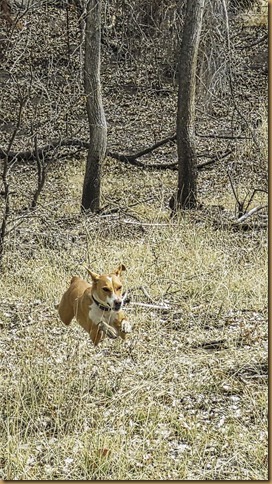 It was sad to see so much fire damage.  Many of the large cottonwoods were dead.  I could see fire damage everywhere I looked.  Fortunately, there are many still alive to carry on future growth. 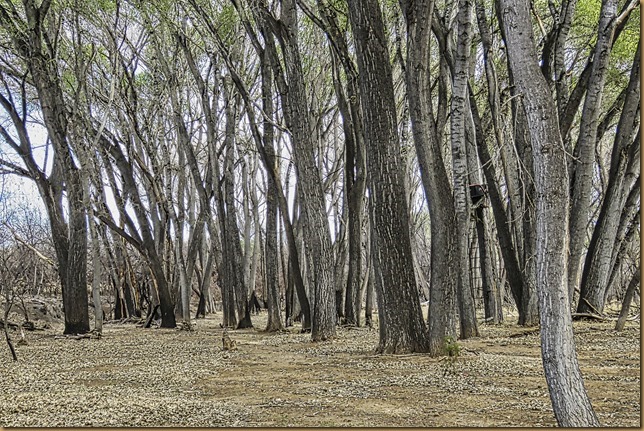 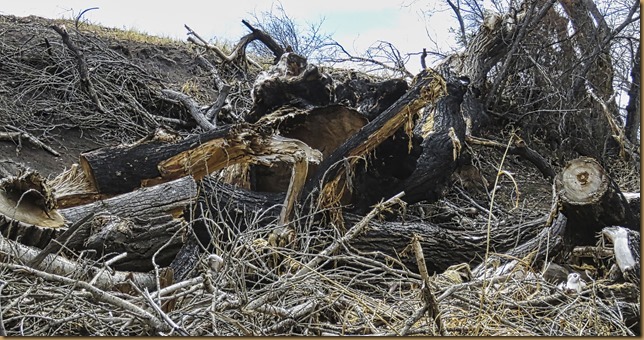 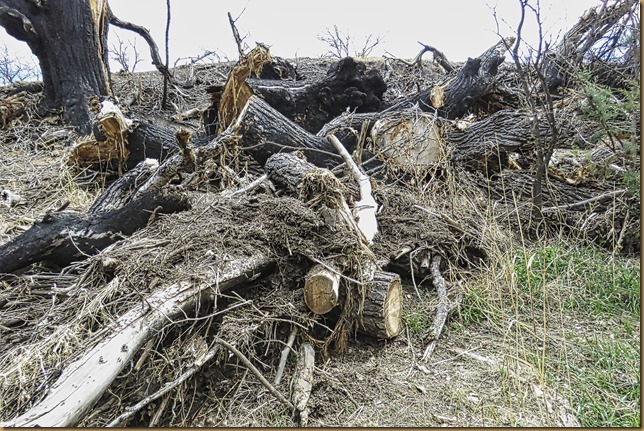 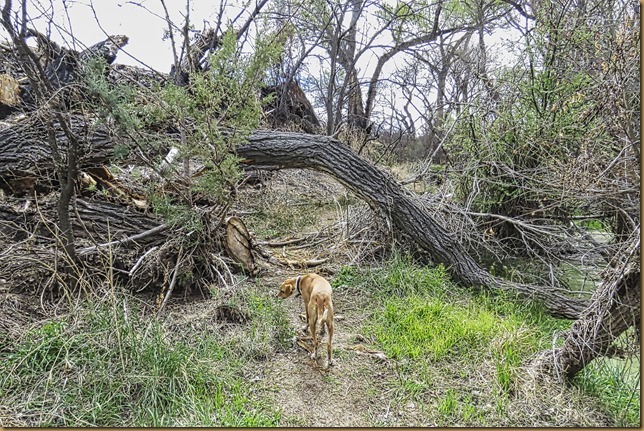 Interesting.  The creek just went underground at this spot. 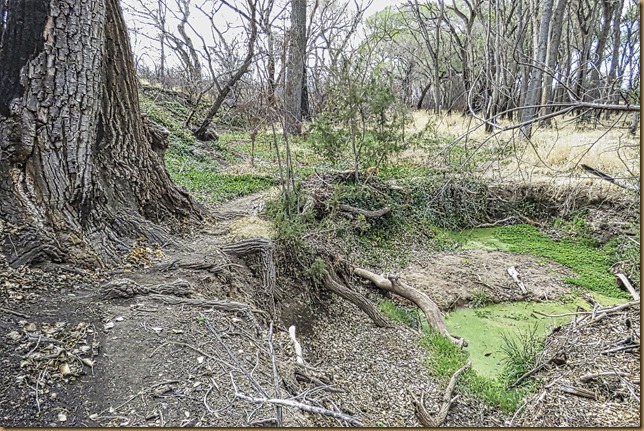 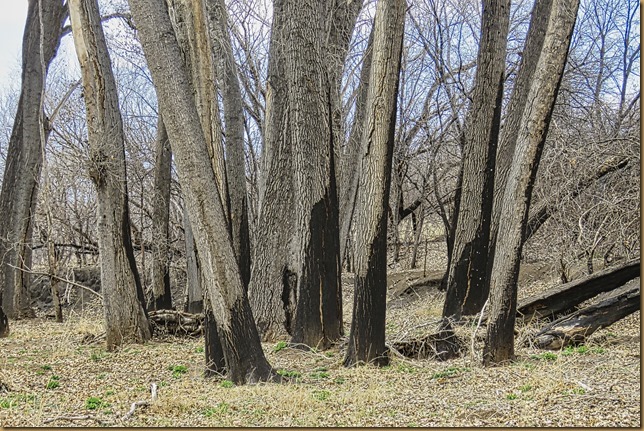 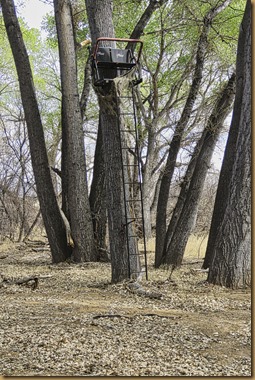 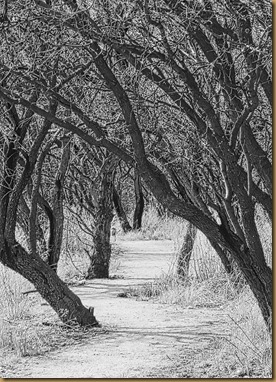 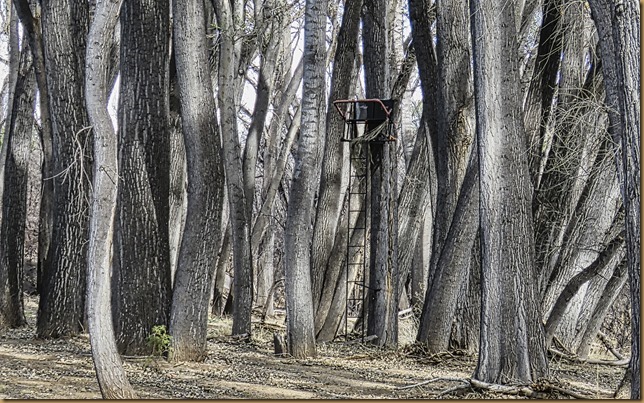 Heard a lot of birds, but this Vermillion Flycatcher was the only one that would let me take a picture. 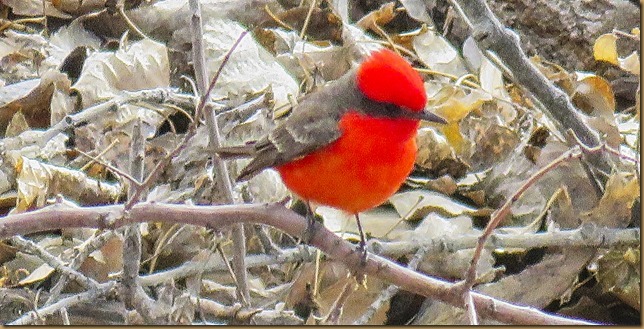 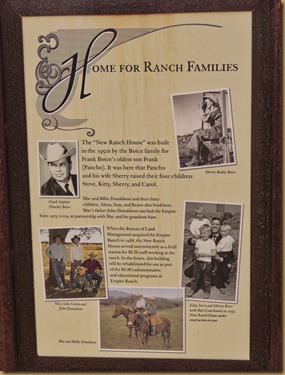 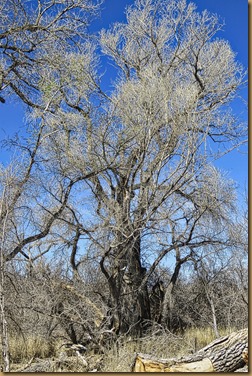 The creek side of the newer old Empire Ranch house. 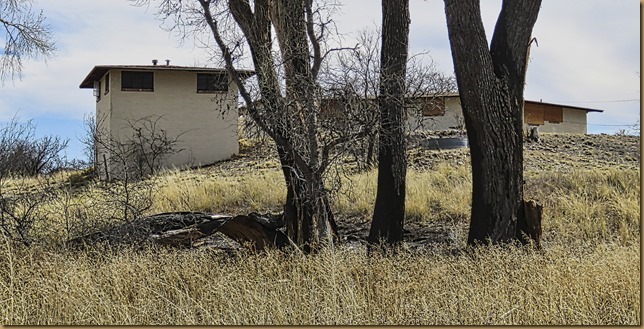 One of many huge Cottonwoods that had to be cut down. 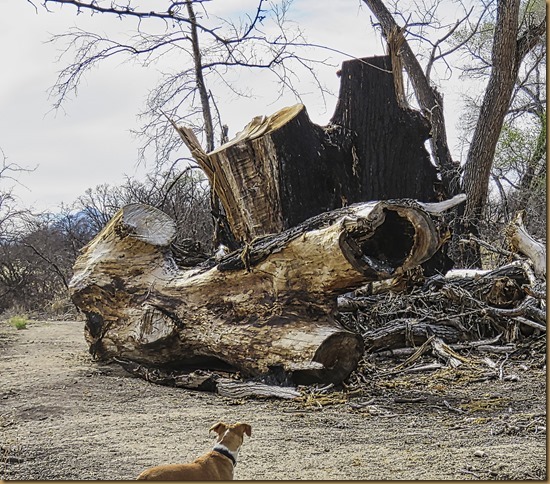 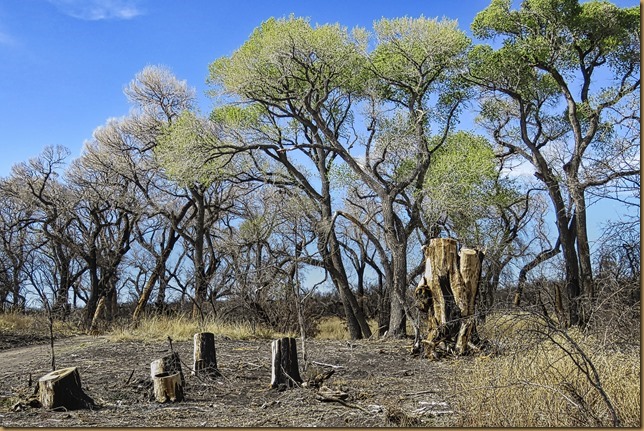 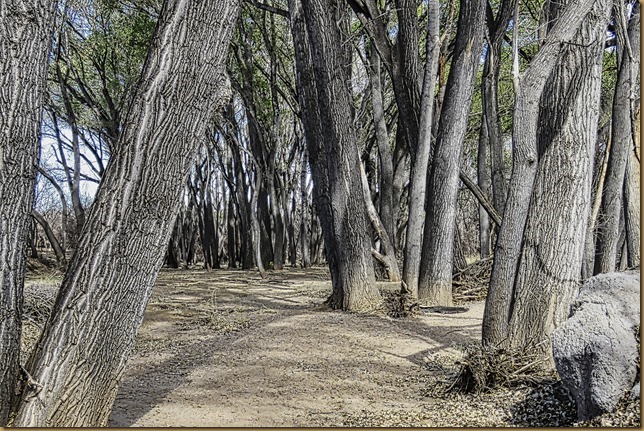 On the way back to the Jeep, Yuma went wild again, but this time he ran through the creek several times.  He was one muddy and wet dog! 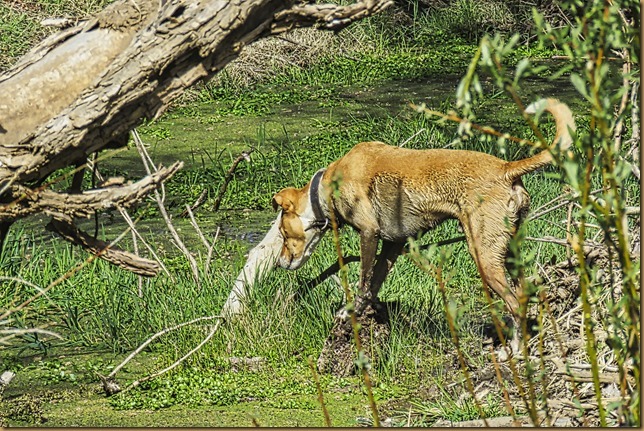 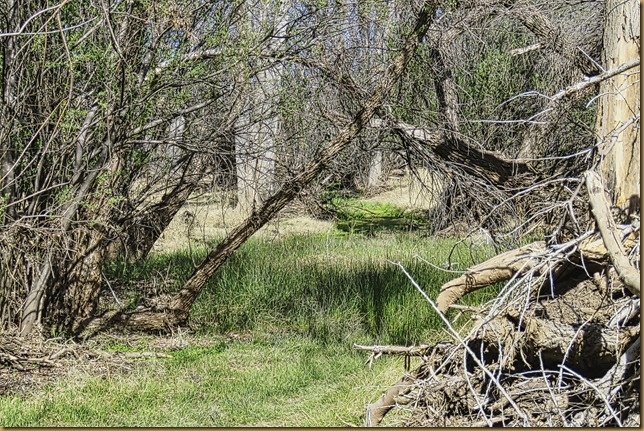 Is Yuma having fun or what!! 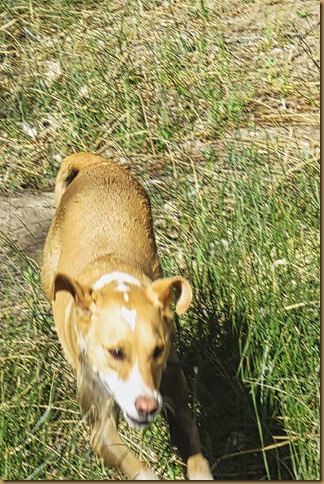 Here he is looking miserable.  I yelled at him and his feelings are hurt.  Also, he knows he is going to get a bath.  Doesn’t like baths. 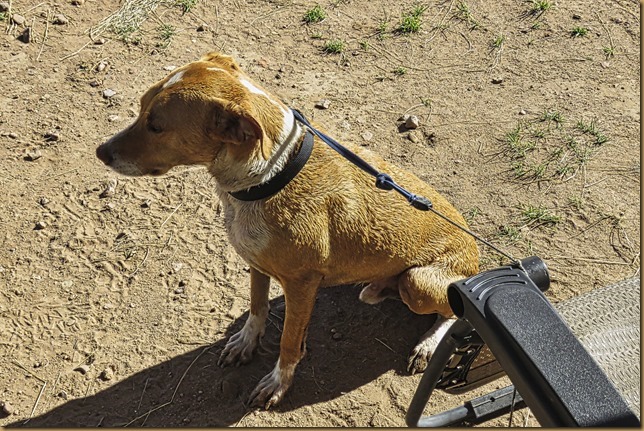 Yuma got his bath and now he is nice and clean.   Got lots of pets and love, so he is one happy and clean dog now.  Now I need a bath.