Around 11am this morning, Yuma and I went for a long jeep ride.  I was pleasantly surprised when Yuma walked with me up to the jeep and when I opened the back door he jumped right in.  He did that all day long without hesitation.  Wonder what made him decide that was the right thing to do.  He’s just smart I guess.  Maybe he prefers riding to the long bike rides. 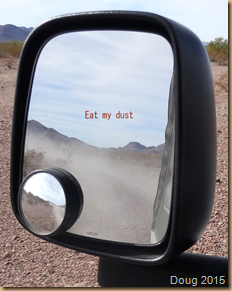 We went south on the gas pipe line road that parallels hwy 95 all the way down to King Road about 11 miles south of here.  As we went, we took jeep roads east into the mountain area and took photos of the area.  We found a man made well.  Yuma checked it out.  Interesting, it was surrounded by a pipe fence.  I guess to keep ATVs from running right into it. 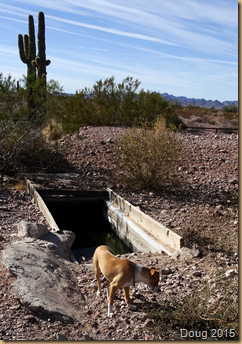 Before we left this morning I did some research on the mountain that Palm Canyon is in and found it is called Signal Peak and is the tallest mountain in the Kofa mountain range and the highest point in Yuma County.  It is 4877 feet in height.  I also discovered that the best route to climb is the back side by taking Kofa Queen Canyon Road into the canyon.  I think I would try climbing it but there are so many Cholla cactus I couldn’t take Yuma with me.  All Yuma’s fault. 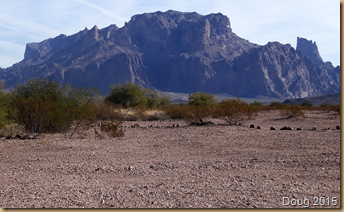 This is what some of the roads look like going through the desert. 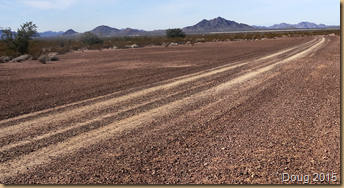 If you don’t like rugged mountains and deserts, then this blog will be boring.  They are beautiful to me.  I wish I was 25.  I would climb them instead of look up at them. 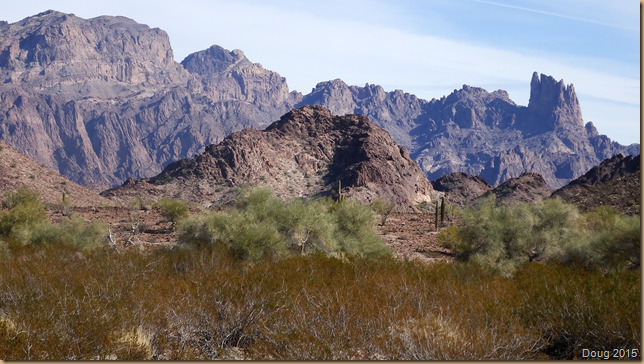 We drove to the south and partially around Signal Peak and there is a vast desert back there.  Couldn’t hear a sound.  See all the Cholla cactus? 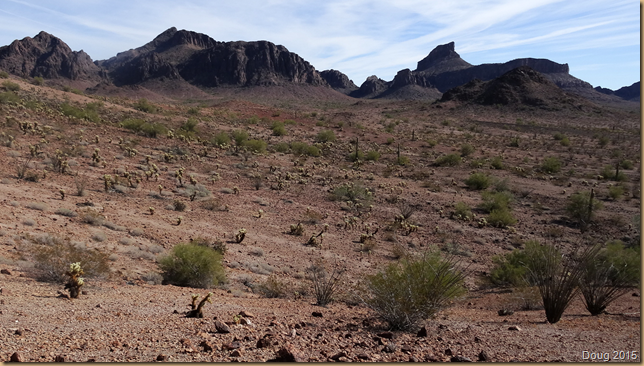 Wouldn’t want to get lost out there with no water. 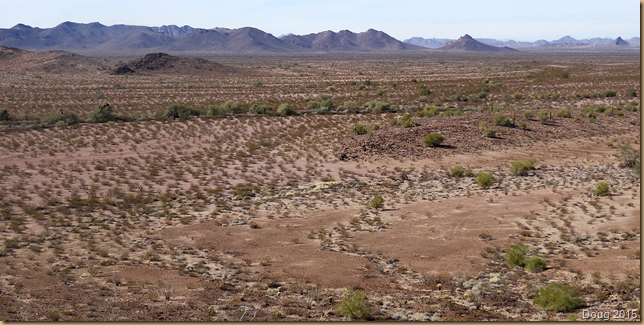 Poor Yuma got into some Cholla barbs again today, but he waited for me to help most of the time.  Didn’t get any stuck into his mouth at least.  I am not going to take him into those high risk areas anymore.  Just too painful for him. 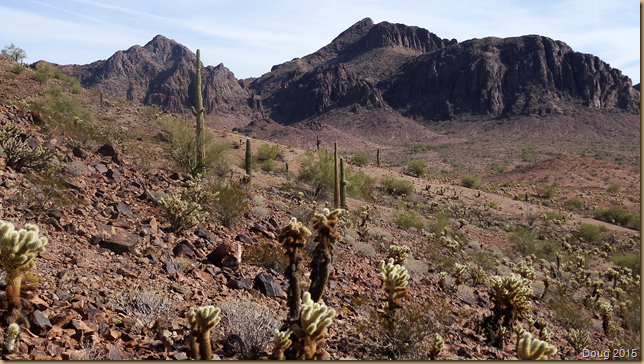 Me and Yuma resting and looking out over the desert from a high point.  Kinda looks like Tonto and the Lone Ranger. 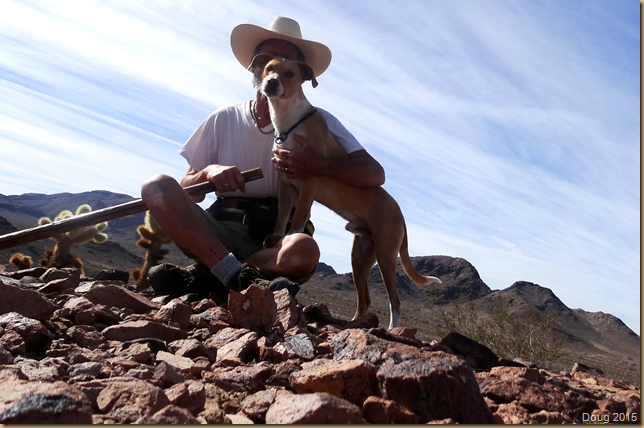 Decided to take hwy 95 back to camp, but before we did, I stopped at Stone Cabin for a $3 ice cream cone.  Haven’t had ice cream since beginning this trip, so it was mighty tasty.  This place is right across the hwy 95 from King Road.  They have a little store full of $3 CDs and there are several smaller attachments to the main building selling ice cream and another sells hamburgers and fries.  Nothing but desert all around the place. 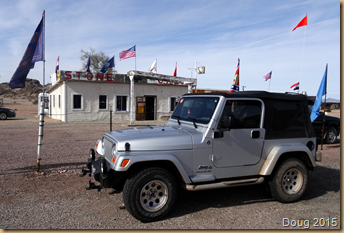 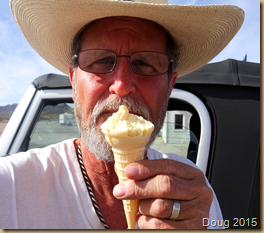 After getting back to camp, the clouds rolled in.  Literally.  But it did clear up enough for a beautiful Arizona sunset.