Hike to the Cottonwood Mountains

Last night, Dolly and I started a camp fire after dark to eat marshmellows and s’mores for Dolly.  It was a beautiful warm evening with little wind. 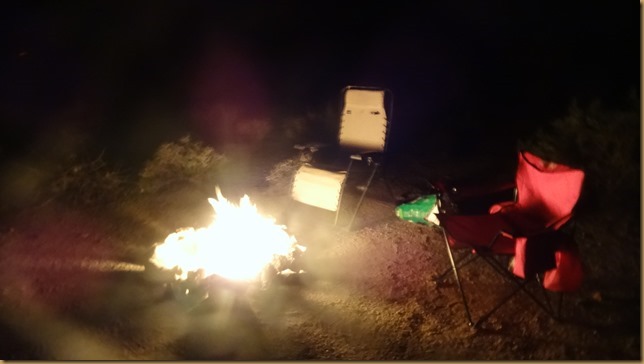 This morning after breakfast, Yuma and I decided to hike the two miles north of our camp to the foothills of the Cottonwood Mountains.

Yuma needed the exercise and I needed the torture. The morning was hot and there was little wind to help with the hike.

We walked over the berm north just across the road from where we are parked.  I believe the berm covers a pipe moving water to the populated areas west of here.  It is known as the Colorado River Aqueduct.  It originates at the Parker Dam, just north of Parker, Arizona along the Colorado River.

Walked through a beautiful Ocotillo cactus patch.  One was blooming with red flowers. 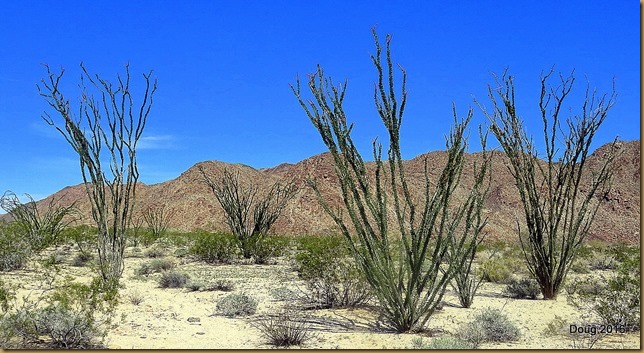 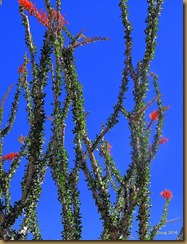 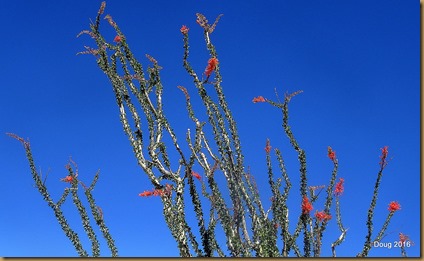 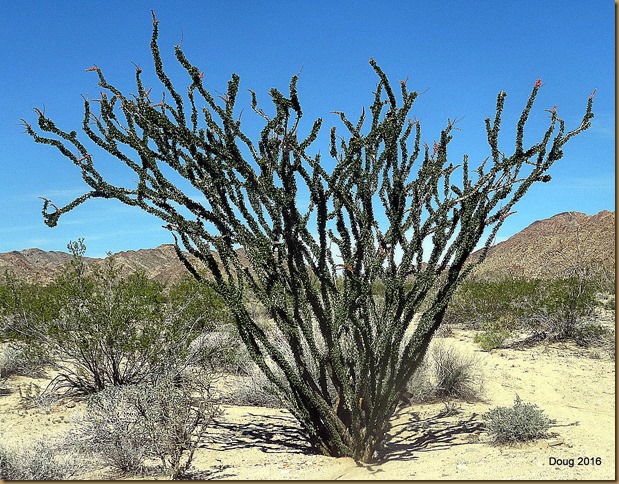 I kept calling for Yuma and couldn’t see him till I walked past the Octillo cactus above and guess what. 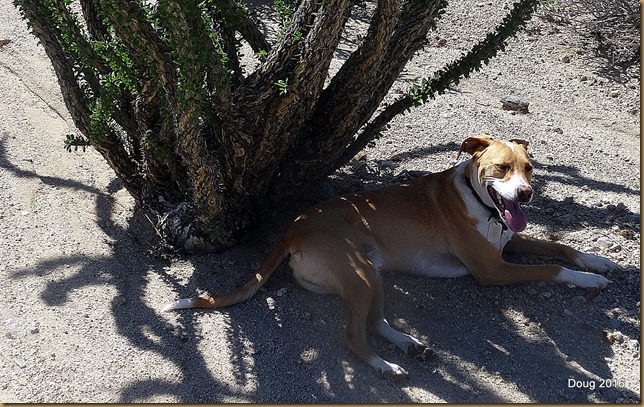 When Yuma gets hot and tired he heads for the nearest shady spot and plops down waiting for me to give him some water.

Finally reached the base of the mountains.

Found a little garden of yellow flowers at the base of the mountains.

Later on in the afternoon, Dolly, me and the dogs all went out to find treasure with the metal detector.  Unfortunately, all we found were nails.  I forgot to get a photo of our adventure.  Maybe, next time.