Slept well last night and woke up feeling the best I've felt for a long time.  For once I feel strong and not run down as I have been.

Calling for a cloudy day but very warm.  Over 80 this afternoon.  I was up and going shortly after the sun, taking Yuma for his walk while the coffee heated up.  Yuma found a friend named Cali ( short for California)  She was adopted from an animal refuge in California.


I have made the decision to return the refrigerator I just bought.  It is too tall and I just don't have anywhere to put it that would be safe as I drive down the road.  Can't have a 65 pound missile behind me.  I had thought of putting it in the bathroom, but with the small entrance, it was too large to fit.  By 11 o'clock I had taken it out of the MH and put it into the Jeep. 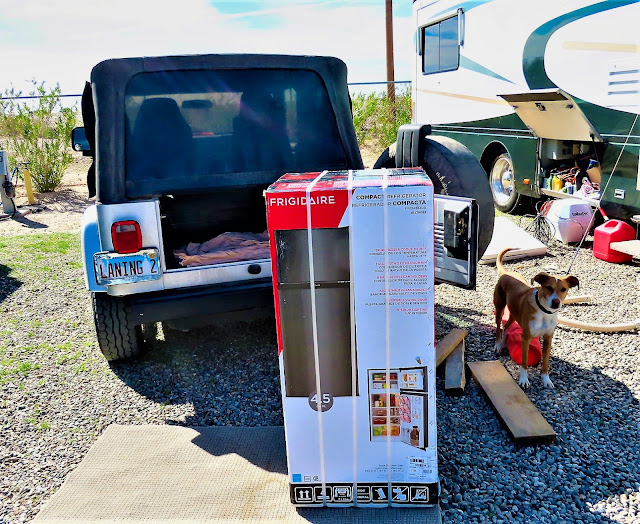 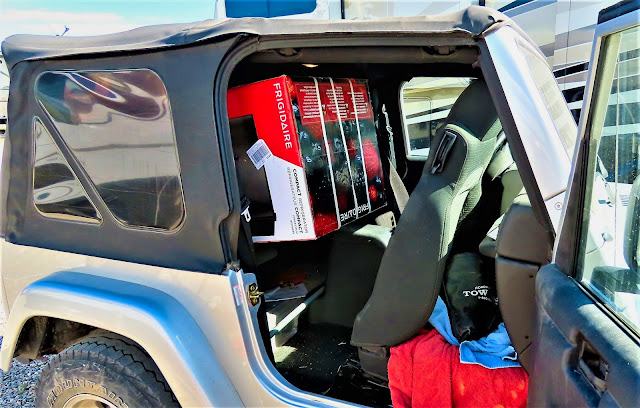 It wasn't hard at all to get it ready to go.  I didn't even remove it from its original packaging so should have no problem returning it to Lowe's.  I was soon off and on my way, leaving Yuma at home because of the heat and lack of room in the Jeep.  Pulled in the parking lot right next to a cart and quickly dumped it on it and away I went into the store. 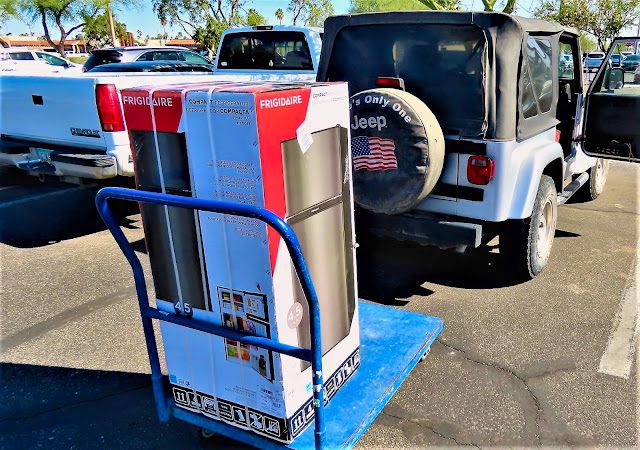 There was no line at the Customer Service desk and quickly filled out the paperwork to reverse the charges on my credit card and I was out of there.

Made a quick stop at Walmart to get a few items and I was on my way home.  As I pulled onto Sidewinder road, I made a quick stop to take a few pictures of the small church in Felicity from a different angle. 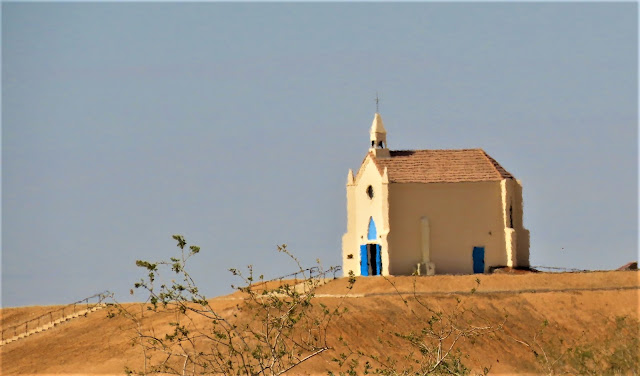 Instead of the small refrigerator, I decided to call Discount Solar in Quartzsite and have them put 6 solar panels and an invertor and controller with all the necessary wiring on the White Lion.  Didn't go well.  Talked to a very nice man named Rick who handled the solar installation for motorhomes.

He said that six 100 watt panels would be the minimum to handle my large refrigerator.  He gave me an estimate of between $6000 to $7500!  Whoa!  That is a lot of money to keep food cold.  Told Rick I would think about it and call on Monday if that was the route I wanted to go.

After taking Yuma for another walk, I left him home and went to our HH.  Weather is overcast with a slight breeze to keep us cool while we sat in the shade.  I brought up the cost quote and all agreed that it was too high.  So, now I'm back to square one on solutions to my refrigeration problem.

I'm thinking that I need to just buy a large cooler to keep things cold when I'm off-grid for any length of time and wait till I get home to solve the problem permanently.  That will be the least expensive choice.  The winter is coming to a close fairly fast and it won't be long before I'm heading home.

After I got home from HH, Yuma and I took a bath.  I may as well shower when he gets a bath, because he gets me all wet anyway.  Now Yuma and I are clean and happy.

I can't believe I've been here for a week and tomorrow is the day I leave.  I still have things to do around the Yuma area so I'm going to find a boondocking spot nearby and continue with the things I need to do while near a big city.   It's going to be an adjustment losing unlimited water and power, but we will be free to be ourselves once more.

Watched Gold Rush and the new Dave Turin show about his search for gold in Montana.  Now it's time for bed.  I need to get up early to pack and leave the comforts of the RV park. 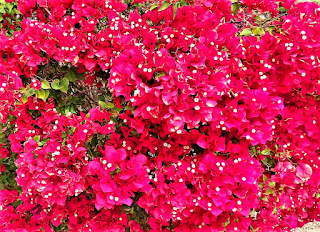 See you later.
Posted by Doug Laning at 9:59 PM