The winds blowing through the cracks and crannies Sunday night were all Yuma could handle.  He covered his nose and went to sleep while we watched TV.

The winds did howl and we woke up Monday morning to a windy and vey cool day.  Didn’t write a blog because all we did was hunker down and watch TV all day long, just like we would have done at home in Illinois on a cold and windy day.

Today, the winds were gone but the cool weather has persisted.  It wasn’t till mid-afternoon before it was warm enough to venture out, but I just couldn’t get up enough energy to go anyhwere.

Yuma, Dolly, Fergie and I took walks around the area of our MH and just relaxed for the day.  Not good blog stuff, but it felt good. 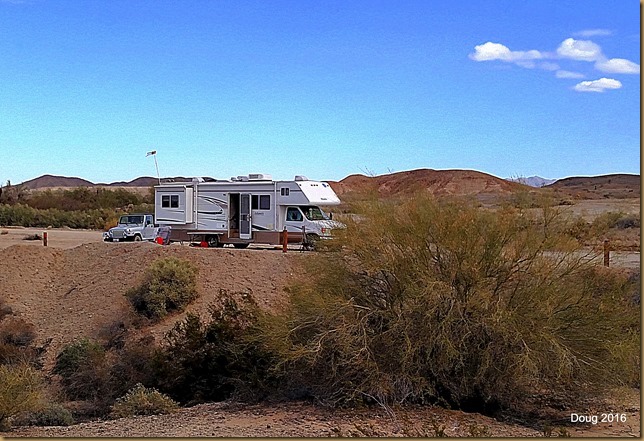 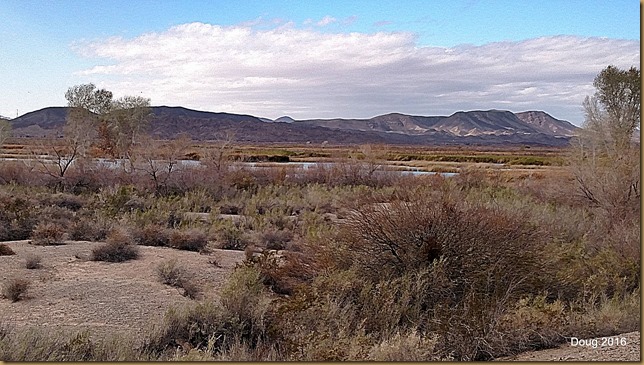 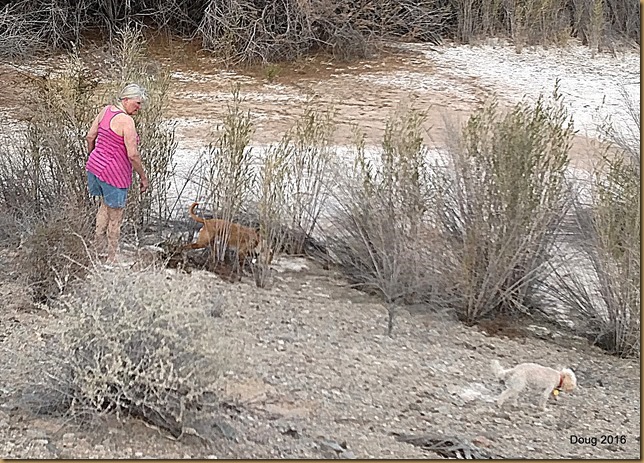 We walked as far as we could towards the lake, but unfortunately, the lake is not accessible from this area.  The bushes and tall reeds are so thick, it would take a machete to get through it, so we turned back.

Rarely, have I wished I had a kayak or inflatable canoe, but I would love to explore this lake for a day or two.  It is large, but most of it is hidden by the tall reeds that grow all over and around the lake.  I noticed there were a lot of fisherman on the lake this past weekend.