Got out of bed this morning at 8 a.m. to find it overcast and cool with a little wind.  Not a real good start to the day, but not too bad.

It is nice to have my furnace working so I can get the chill out of the MH fast.

We went for a short walk and had our breakfast and still no sun. 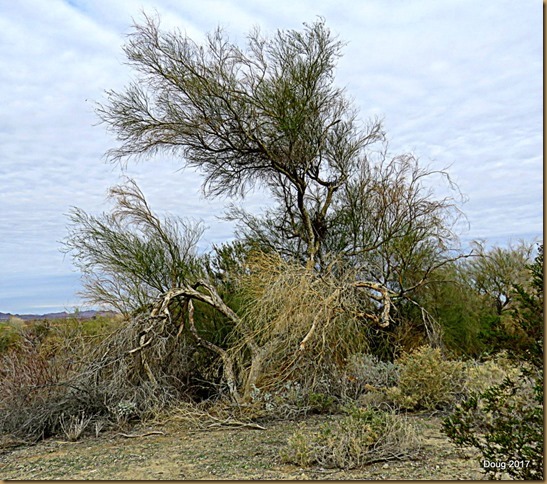 Walking along the road, I happened to glance down the hill beside the road and what did I see?  A porta-potty staring up at me.  I have no idea why it is there, but it is.  Let me know if you need one. 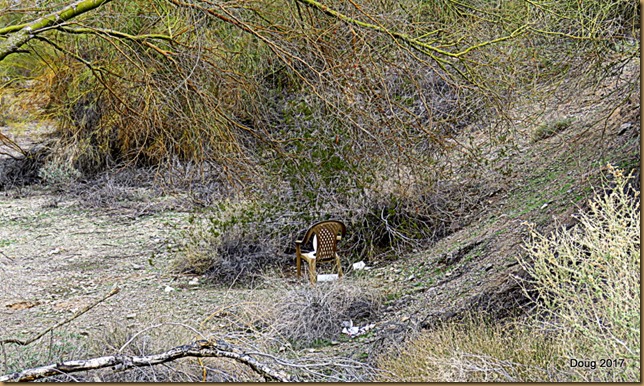 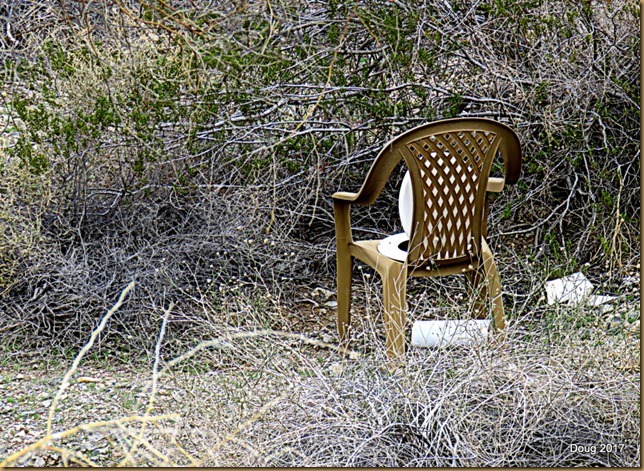 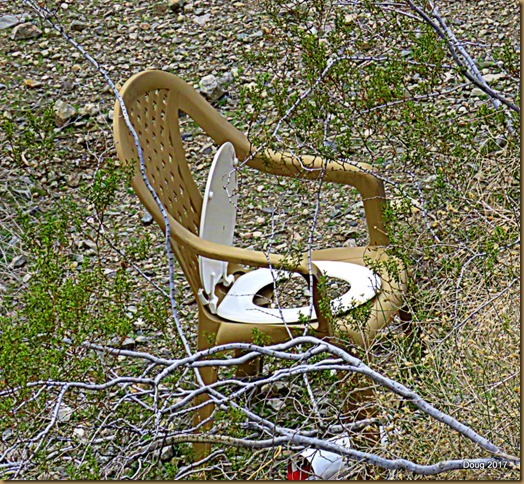 Dolly was texting me about the football games today, so I decided to try and get the Yuma local stations on my antenna.  After a couple of mistakes, I finally was able to get all the switches aligned so the channels I could find were located.  I was able to get the local Fox channel.  This is the one for the early game between Atlanta and Green Bay.  However, I cannot get the CBS local channel, so no late game for me.

Didn’t really watch the game.  The weather had cleared up so me and Yuma sat outside and listened to the onslaught. 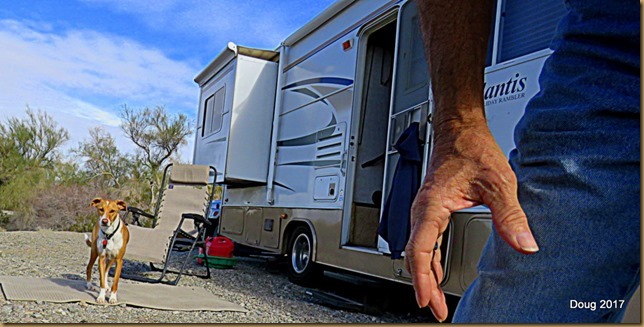 I rooted for Green Bay till about half-time and the game was over.  The score was 24 –0 and that was enough for me.  Ended up being 44-24.  Glad I didn’t watch the second horrible game.  New England is destroying Pittsburgh in the last half.  Ended up 36-17.

Yuma and I walked around the area today and that was about it.  The weather did clear up in the middle afternoon and became all blue skies and around 67 degrees. 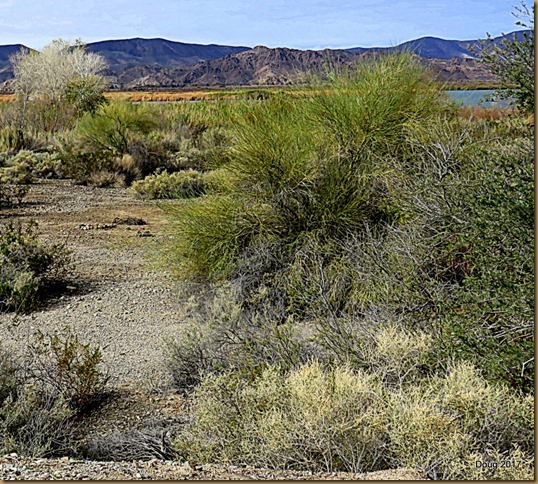 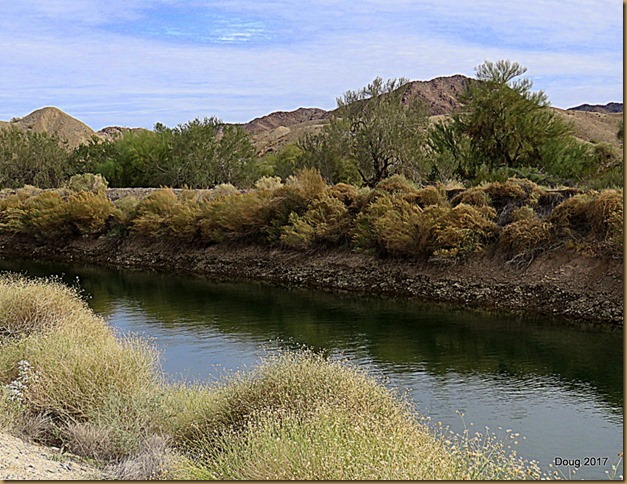 Tried to walk down to the lake, but the brush and reeds were so thick, I couldn’t get through, so had to turn back. 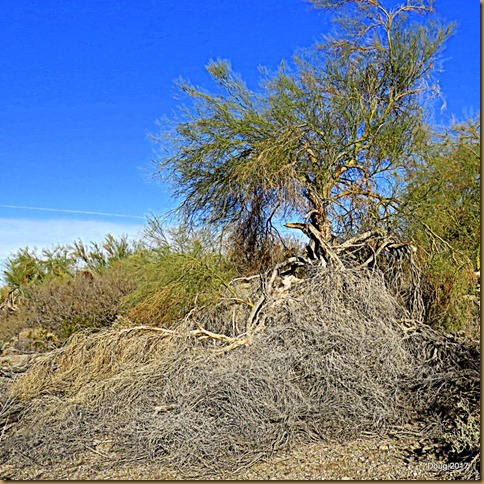 “Don’t think you can make it Daddy.” 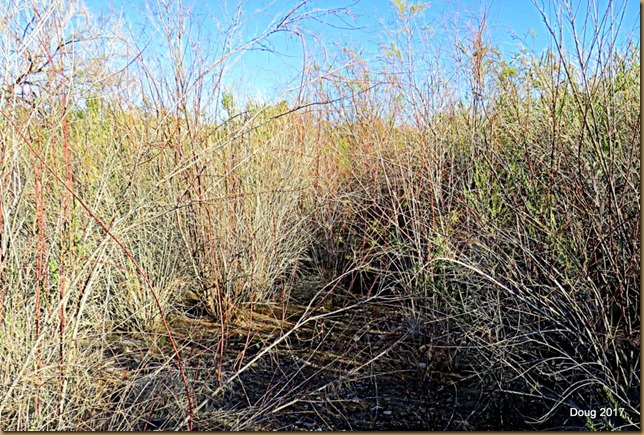 Met a pair of twins on our late afternoon walk along the road. 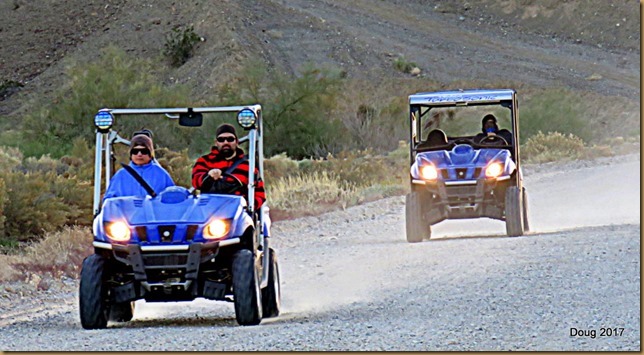 There they go in a pile of dust into the sunset. 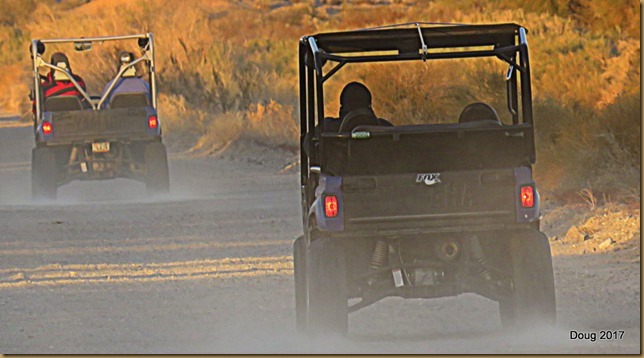 Not a bad sunset for such a clear sky. 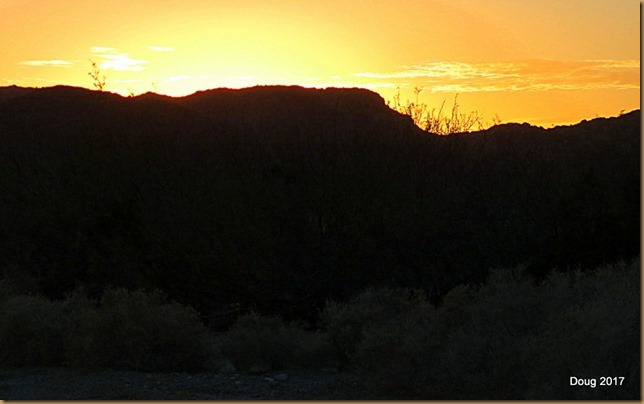