This morning is shaping up to be a wonderful blue sky day with temperatures in the high 60s.  Couldn’t let that go to waste, so did my normal two coffees, read blogs and had a quick breakfast of cereal and the normal half grapefruit, Tangerine and OJ.

By 10:30, Yuma and I hopped in the Jeep and went into Ajo to the headquarters of the Cabeza Prieta National Wildlife Refuge.  Purpose was to get a pass to enter the refuge.  The pass is free. 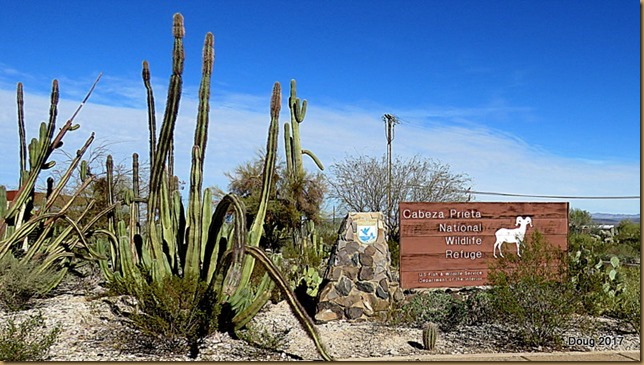 They just want to know who goes in for safety reasons.  It’s a big refuge and very desolate.  They give you an emergency phone number so If things do go wrong, they can send help.  I sent the phone number to Dolly and told her if she didn’t hear from me by morning to call the number and tell them where I went.

We were on our way back towards camp by 11:30.  Kept going West on Darby Well Road to the split, 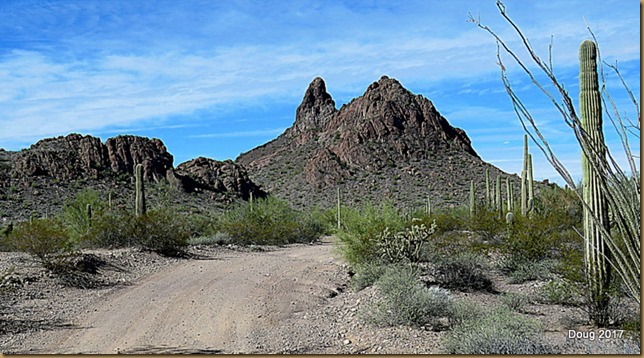 then turned onto West Alley Road and followed it to the next split and followed West Ballestero Ranch Road, always going West toward the Growler Mountains.

It was about six miles of bumpy and rocky road when I hit a locked fence.  This is the boundary to the Refuge.  Unfortunately, this is one of the boundaries that does not allow vehicle traffic.  This road continues to the mine and ends.  I guess they don’t want vehicles tearing up the mining property.

Signed in at the box on the right.  There are a number of roads leading into the Refuge and this lets them know which one I entered in case they need to track me down.

We parked our Jeep, grabbed a quart bottle of water and started hiking the road into the Refuge.

See the white on the mountainside ahead.  It is a little over a mile and a half to the mine site. 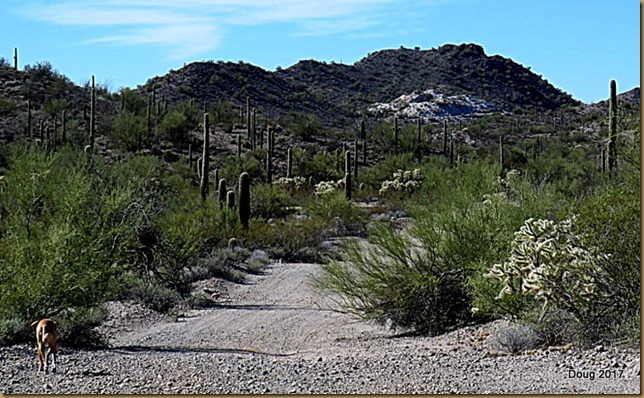 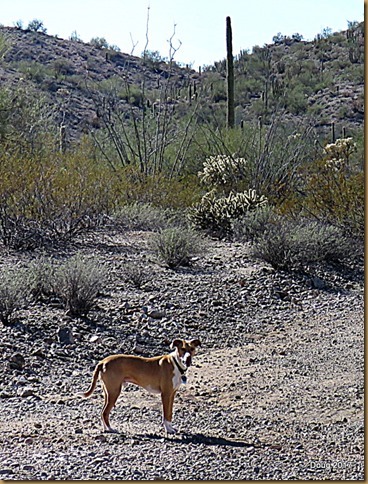 Yuma was in a hurry at this point.  Wait till you see him when we come out.  Not so much in a hurry.

I forgot to take a leash and when Yuma would see a jack rabbit, he would race after it and invariably, the rabbit would run through Cholla Cactus groves.  They must know it will slow the chase down.  I had to pull barbs out of Yuma’s feet and mouth several times till he learned to stay on the road.

About half mile from the mine, this sign was standing to the right of the road.  I believe it says San Antonio Mine. 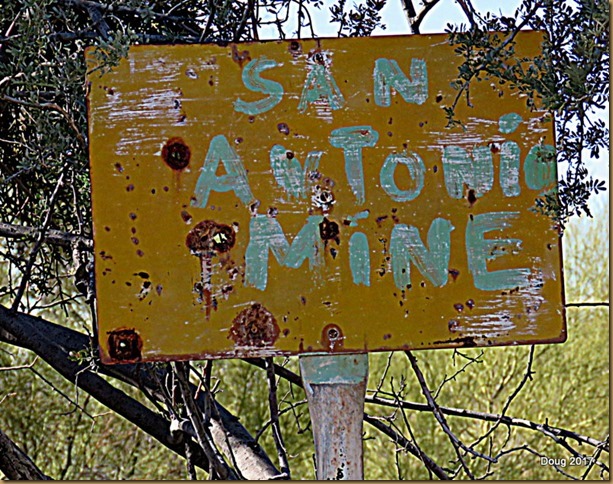 When I came to the last curve in the dirt road and looked up to the left, I could see small house that was in shambles.  No one has lived here for many years. 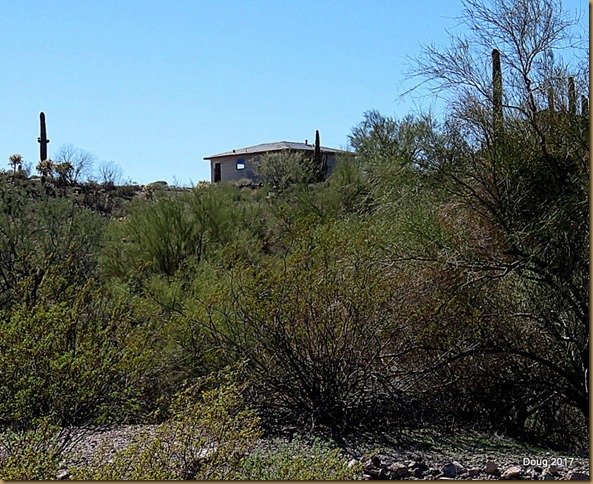 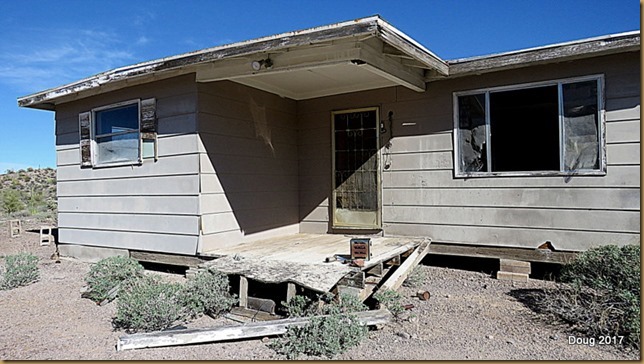 The inside of the house was a complete wreck. 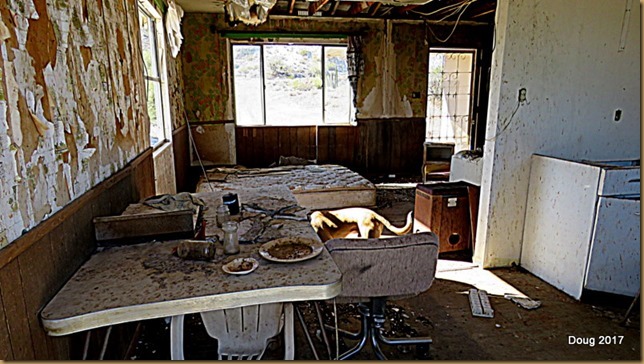 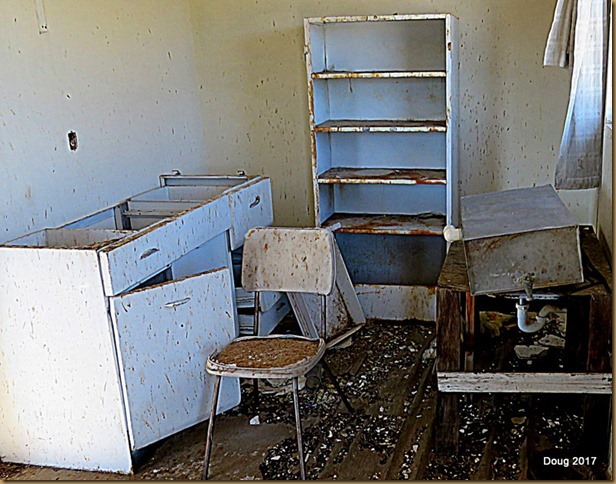 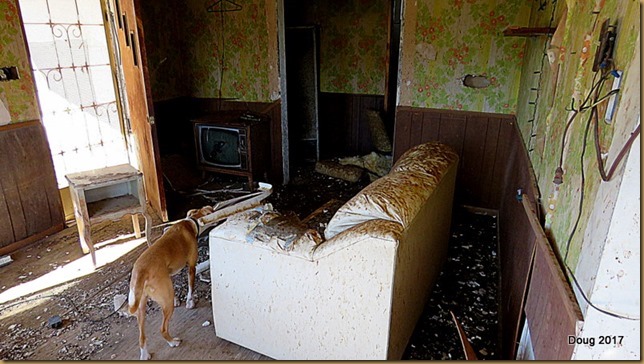 Looking out the front window at the mine entrance. 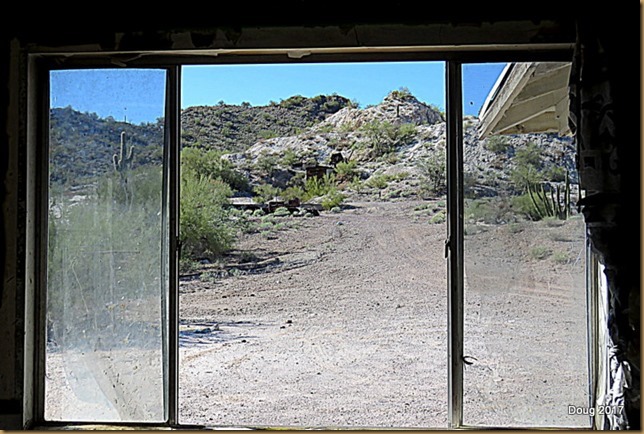 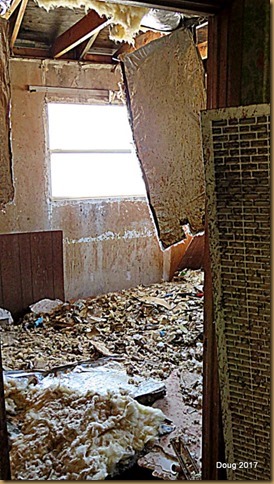 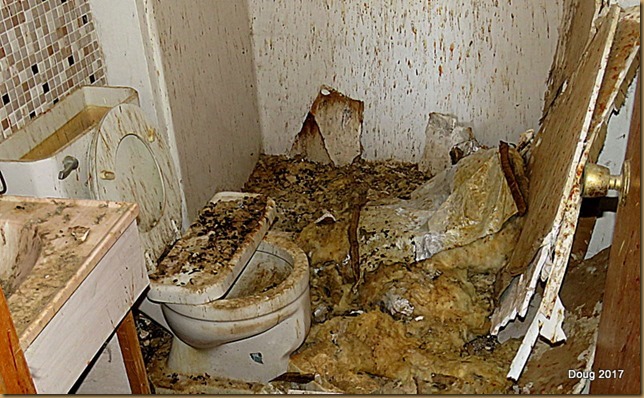 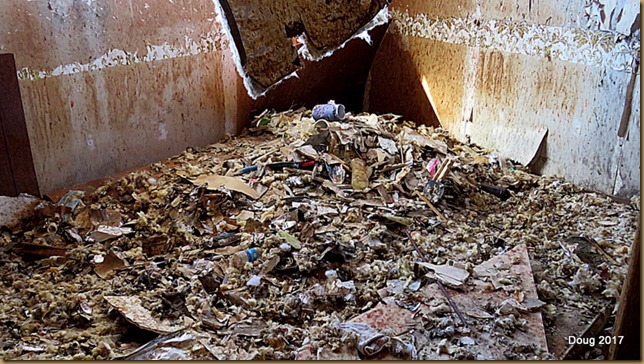 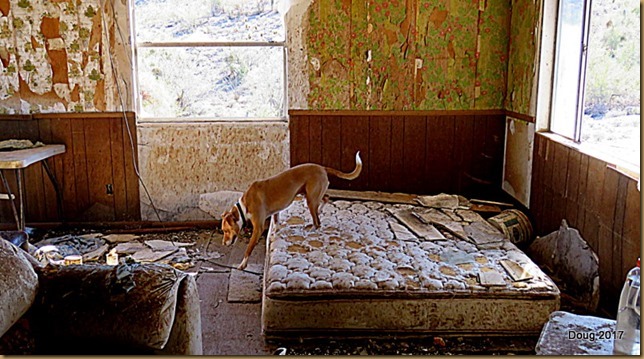 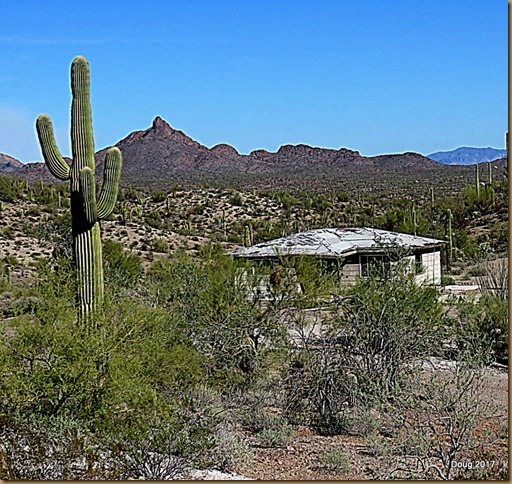 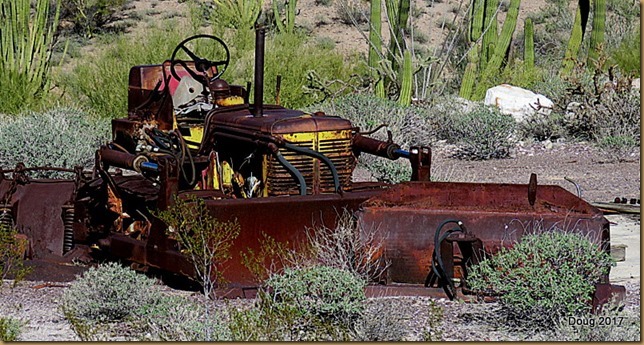 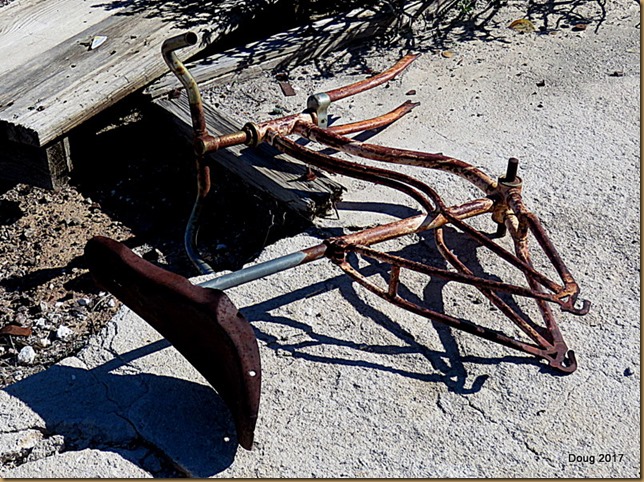 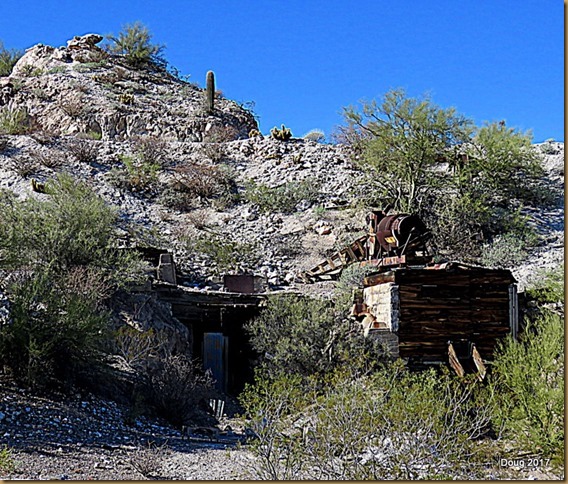 Yuma and me standing at the mine entrance. 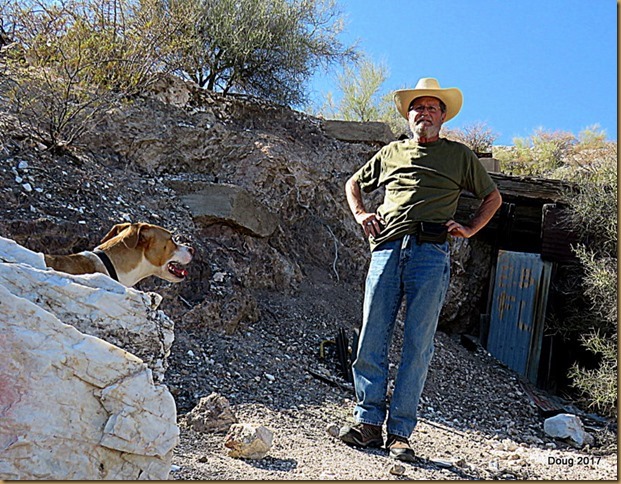 Unfortunately, there is not much to see inside the mine entrance.  Looks like it has been filled with concrete to keep visitors out. 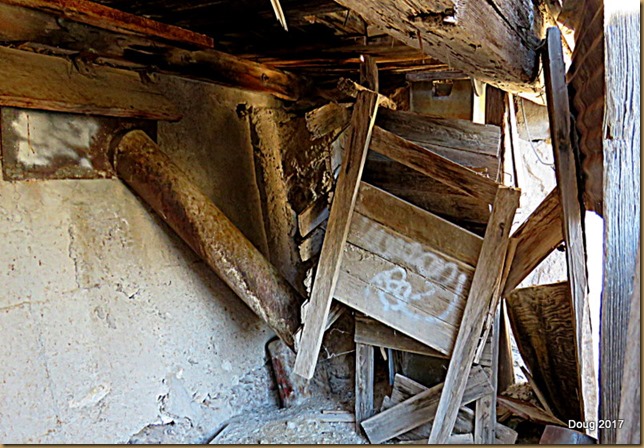 Standing above the mine looking out at the Growler Mountains further to the West.

Yuma slowly walking back and staying on the road.  No rabbit chasing now.  And me, bent over in the heat of the sun, carrying the water bottle.  Thank goodness, I grabbed it.  It was sweltering hot walking in the sun at about 3 in the afternoon. 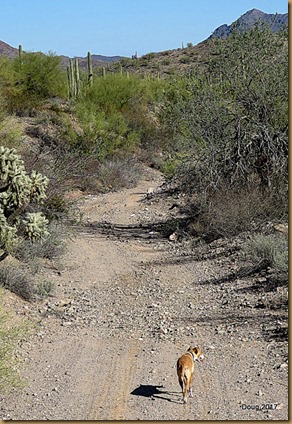 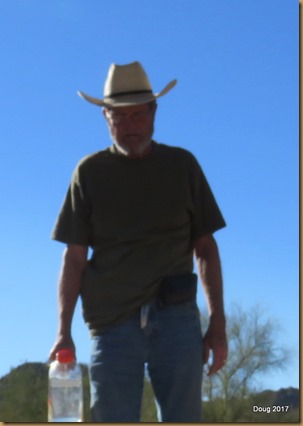 Got to the Jeep and what did I see.  Poor Yuma tuckered out waiting for me. 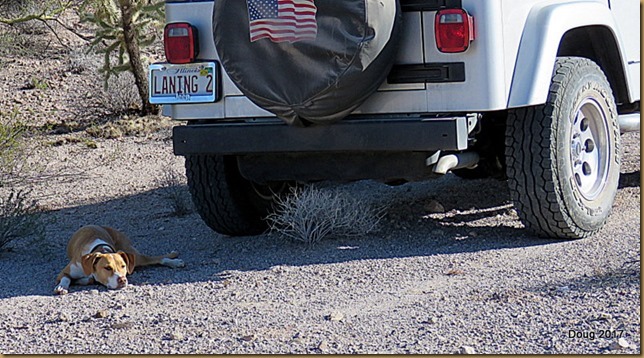 Heading the six miles back home. 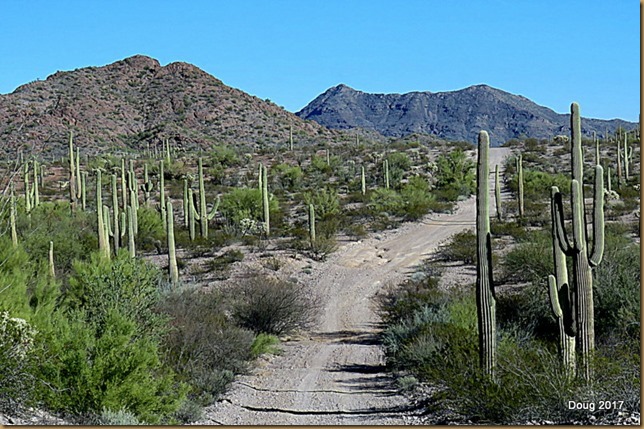 We walked over five and a half miles today.  I must say, both Yuma and I are beat.

After getting back to camp and soaking my feet and then having a big sandwich, I decided it was a nice day for a hike after all.