Woke several times in the night.  I haven’t been taking Tylenol during the day lately, because I keep forgetting.  If I don’t take two several times a day, I get sore during the night and can’t sleep well.  After yesterday’s jolting Jeep ride, I needed it.  I did manage to fall asleep the last time at 4 A.M. and didn’t wake till 7:45, so finally did get my 8 hours in.

Decided to take it easy today.  Had my two coffees and read blogs till around 11, then had two fried eggs and two slices of bacon with milk followed by half a grapefruit, a tangerine and some OJ.

In the early afternoon, Yuma and I jumped in the Jeep and drove down Darby Well Road leaving a dust trail behind us. 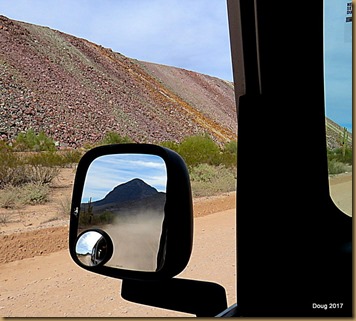 First, we stopped by the Post Office to find out what needs to be done to receive mail.  I guess nothing.  The lady at the Post Office said to have it delivered to me at General Delivery and come pick it up with an ID. 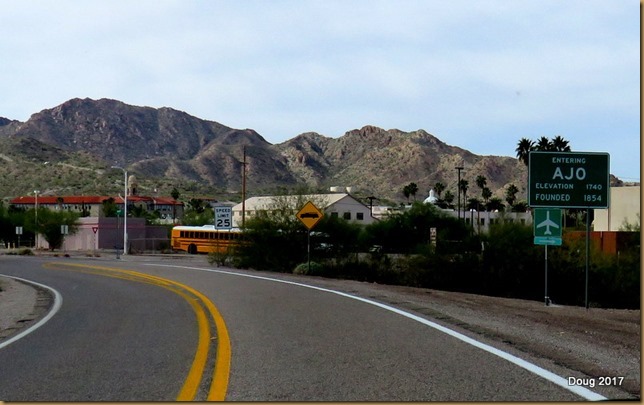 They’ve got one stoplight in Ajo and there is a big “A” and a cross on top of the mountain behind the church. 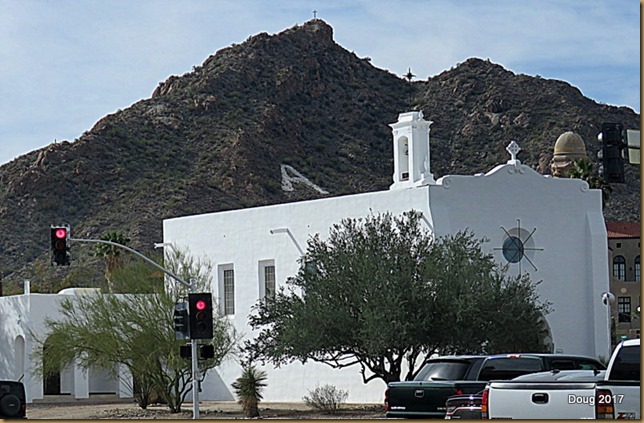 We then walked across the street to the grassy area and Yuma found  a friend to play with.  However, Yuma was a little intimidating with his jumping style and soon the little one ran back to Mom.  Oh well! 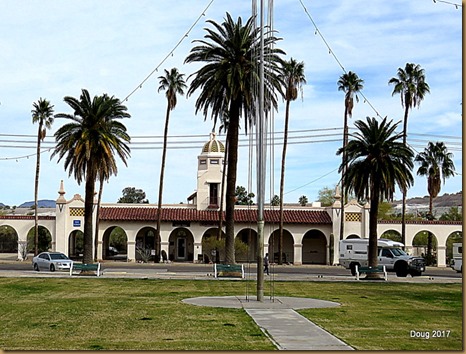 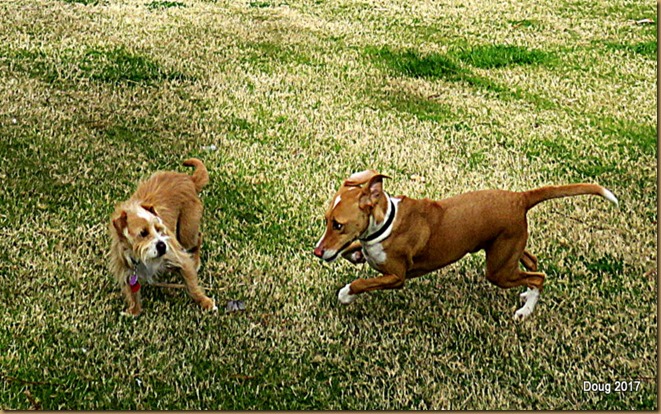 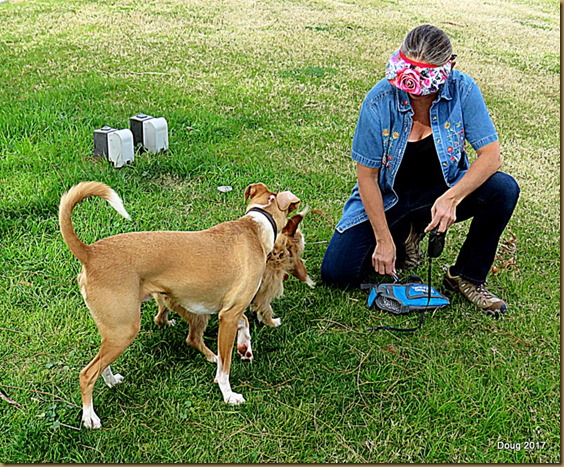 We then went down to Olsens Food Store and got a few things.  I picked up a T-bone steak, a bag of potatoes and a can of soft corn.  Ready to grill out tonight.

Don’t see too many rusty relics on main street in most towns.

A nice wall mural of the movie “NIGHT of the LEPUS”.  I guess that was filmed here many years ago.

The entire front of the newspaper building is one big mural.  It is beautiful.  Enlarge and study it carefully, even the clouds. 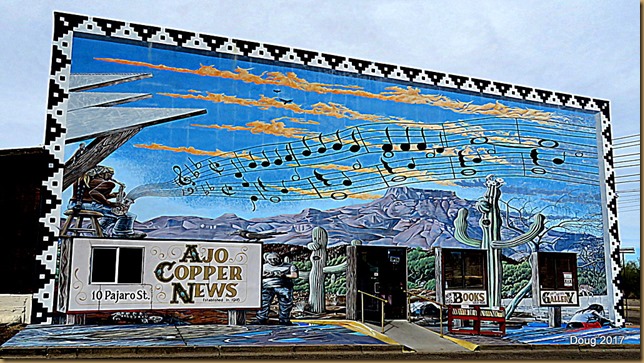 Heading back out of town on the main drag, hwy 85.. 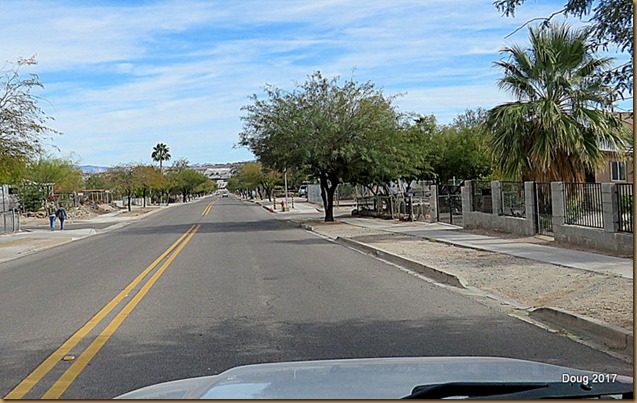 You can see mining residue everywhere around Ajo. 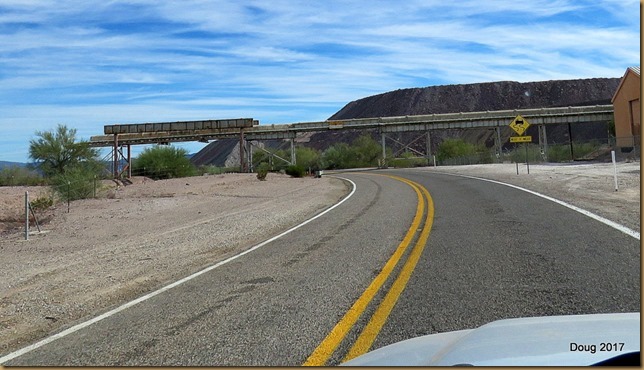 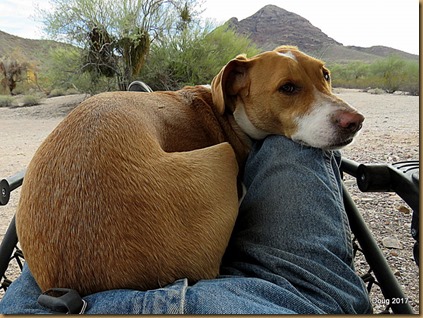 Took a walk or two on the hill behind the MH. 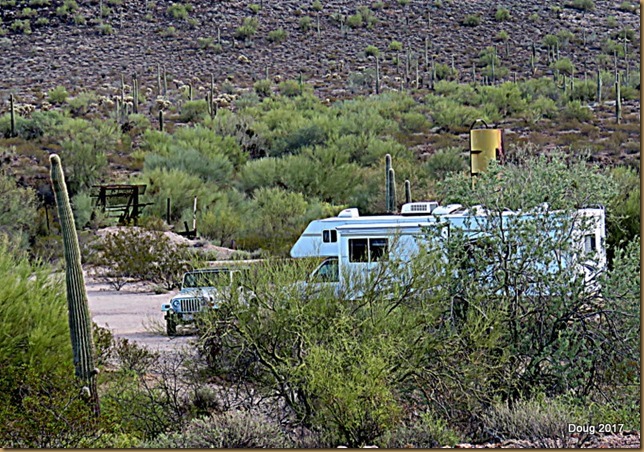 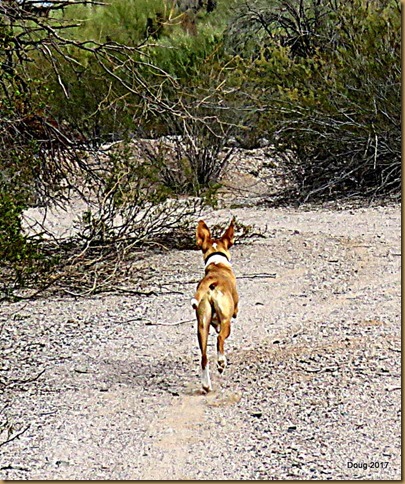 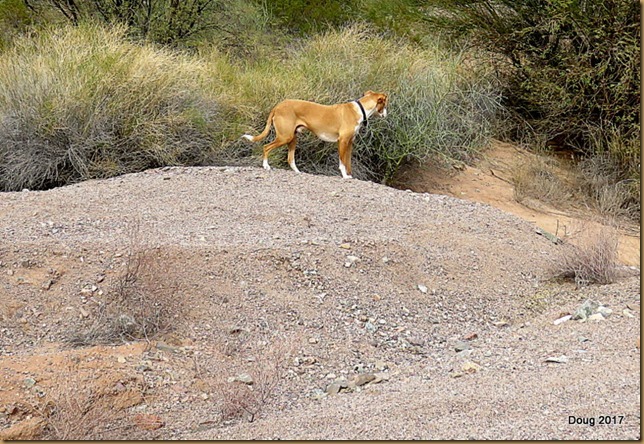 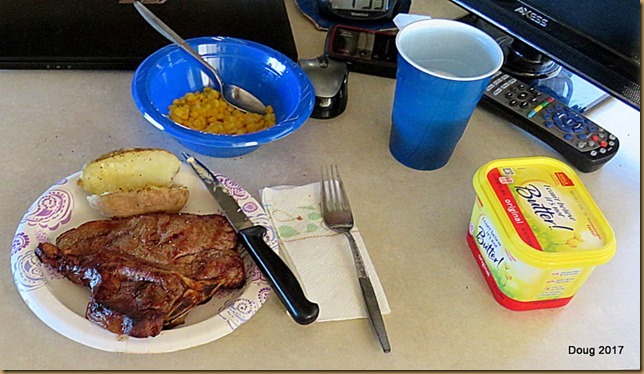 However, the corn and potato were a little under cooked and slightly crunchy.  Just stuck the corn back on the burner and they came out fine.  The steak was delicious.  Yuma and I had a great first cooked dinner on the grill.  Heard this stuff is great for the heart.

That’s it for today.  See you later.