This morning we woke up to 30 degree temperature.  We were warm under a blanket and two sleeping bags laid across the bed, but the room was cold.  Jumped up around 7 A.M. and turned on the Wave heater and jumped back in bed.

Took a few photos while walking Yuma after the sun came over Saddle Mountain.  There is about a half hour of daylight difference between me and where Deb and Riley are way down on the west side of the mountain.

Those are the Belmont Mountains to the north across I-10 and the tall one is Sugarloaf Mountain at an elevation of 3418 feet.   It is 15 miles as the crow flies.

Thought the clouds looked like they were exploding so I grabbed a photo.

About an hour later, we were toasty warm and the sun was shining.  Wasn’t long before the heater was off and the door opened.  Yuma likes to lay on the mat outside the door in the mornings.  Can’t shut the screen door because he doesn’t like that, so flies come into the MH.  Oh well.  They are easy to get rid of.

I didn’t do anything this morning except fix waffles for breakfast around noon.  I’m still feeling sore from my two days of fun.  Yuma and I just laid in the sun all morning.  You would think 50s would be cold, but it is just perfect when there is a bright sun and no wind.

In the afternoon, Yuma and I decided to see if we could spot that tortoise we saw last year.  We drove around the backside of the mountains and parked the Jeep and started walking up the mountainside.  Unfortunately, the mountainside I was supposed to climb wasn’t the one I climbed the first time around.

By the time I figured it out, I was high up and I spotted indentions in the cliffs above and decided to check them out.  They turned out to be nothing, but did get some pretty photos anyway. 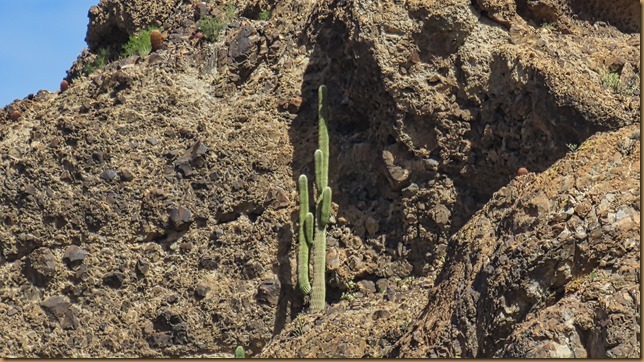 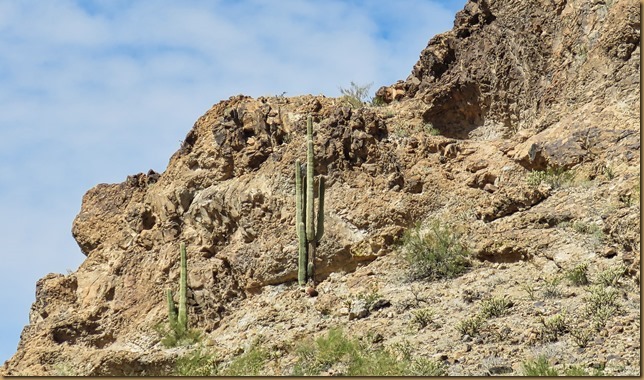 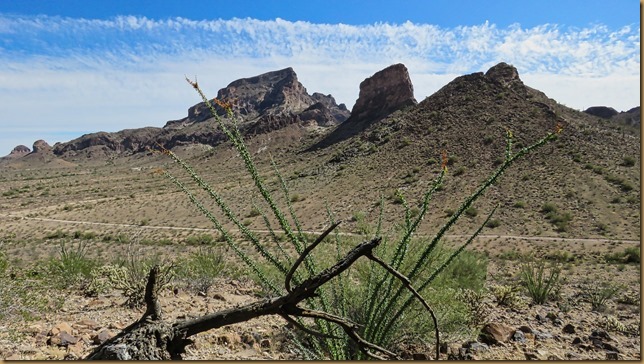 This is the ground that Yuma and I have to walk on.  It is tilted and very rocky.  Also have to watch out for the plants.  Don’t want to get stuck or step on the smaller more fragile plants. 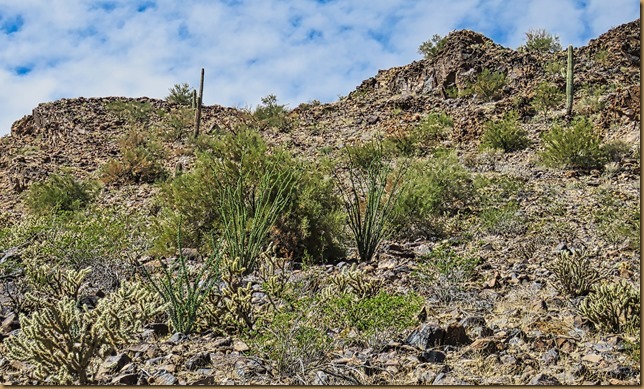 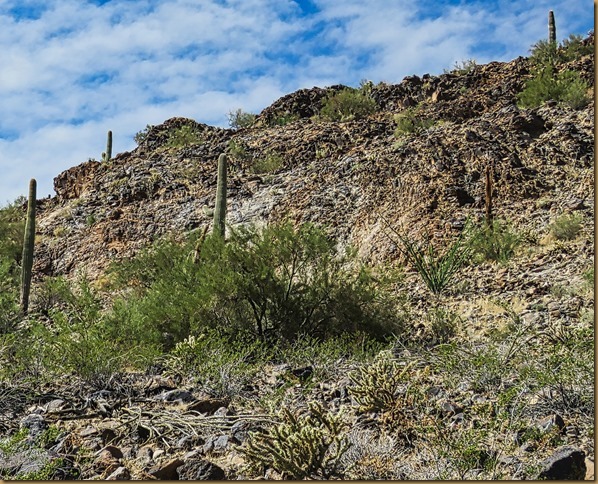 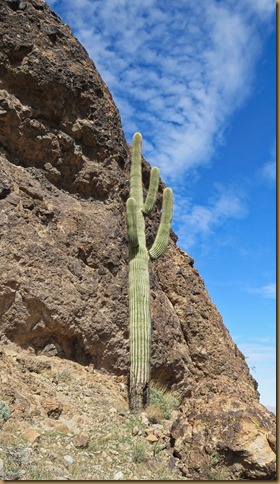 Yuma is peeking around the cliff seeing if anyone he knows is outside that 5th wheel with the white truck.  He thinks it looks familiar. 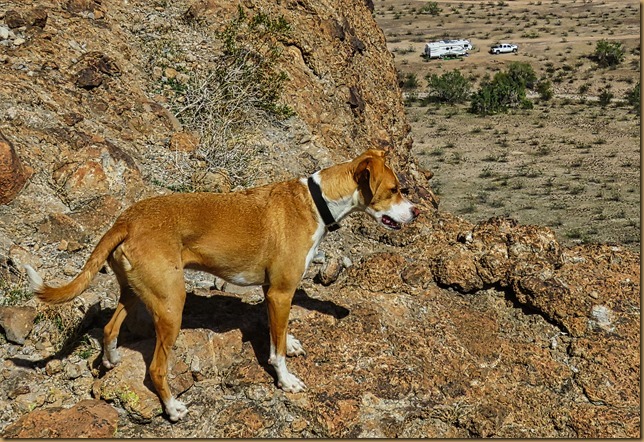 From up here I get a different view of the mountains than I do way over on the east side where my MH is. 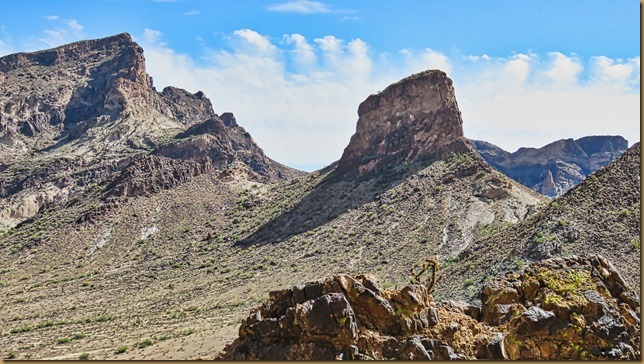 My MH is over by that tilted hump in the far left corner. I could see where I should be going, so Yuma and I went back down to the Jeep and drove as close as we could to the correct mountainside.  We traipsed all around but nothing looked familiar, so after wandering around looking under all the Mesquite trees, we gave up and went home.  No tortoise this year around here.   Plus, it’s probably too cold for them to be out anyway.

As we drove up to the RV, I could see the van that was parked a couple hundred yards down from us was gone.  His site is much flatter than mine, so I did a quick pack job and got the MH turned around without much trouble and down the mountainside we came.

Yesterday, when Deb and Riley were greeting Yuma as they walked up to the MH, I got a phot of them as they approached.  I am now located just down the mountainside to where that white van is located.  Not a big move at all.  But it gets me on flatter ground and solves my worries about getting the RV turned around and pointing downhill.  Hope he doesn’t come back tonight expecting his old spot back.  He’ll be in for a surprise.

The mountainside I was walking around this afternoon is the one you see in the background. 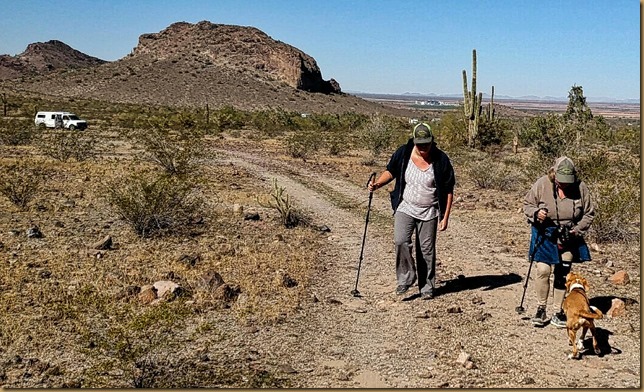 Have basically the same views as before, just a slightly different angle.  Maybe some pictures tomorrow of my new spot.  Time to finish my blog and get some dinner.  Already got the heat on as it turned cold as soon as the sun set.

The string of lights to the right is I-10.  It is always busy.