Road trip and a birthday

The winds  blew at 20+ mph across the Oklahoma prairie last night slowly moving from the south all the way around to come from the north by morning.  I woke up at 7:30 but laid back down for a snooze and the next thing I knew it was 9:30.  I have no idea where those two hours went.

Looked out the window and no rain, but the wind was still coming in hard and it was 37 degrees out there but feeling like 27 with the wind.  That's a shock to the system.  I tried letting Yuma outside while I stayed inside, but didn't work.  He just needs me to be with him when he goes out.  So I put my sweatshirt and robe on and walked around with him till he was ready to come in.  Spoiled, I think:))  Only getting to 52 today.

While out with Yuma, Lorne popped his head out and we agreed to head into Camping World at 11:30 after breakfast.  Lorne needed a new water pump for the motorhome and I needed some propane cannisters if this is the way the weather is going to act.

Breakfast done, we headed north of Oklahoma City.  It was a long way from here, but they had his water pump and my propane, so we were back home by 1:30 and time for lunch.

After lunch, the sun came out and the bay the water pump was in was the south side so no wind to contend with. 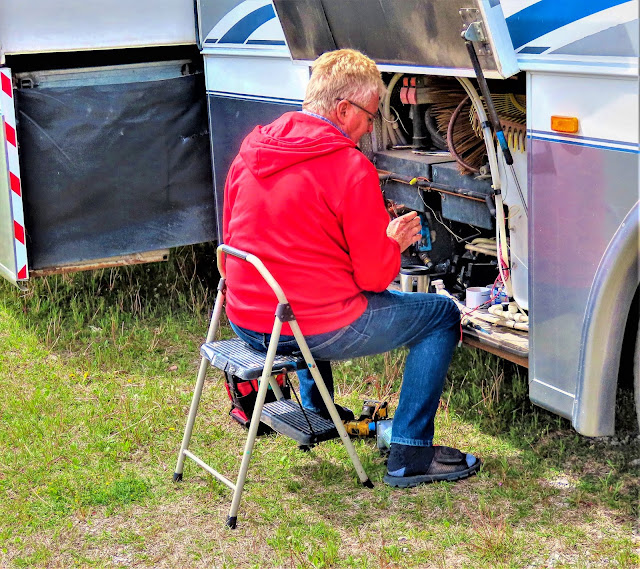 Fortunately, Lorne is mechanically talented and he removed the old pump and replaced it with the new one in short order. 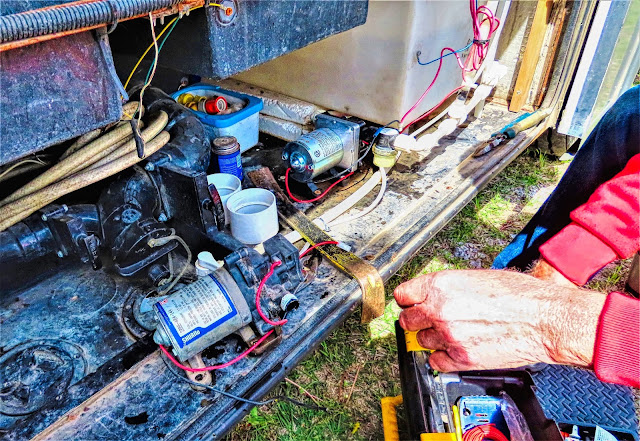 While we worked and the "we" is used loosely, Yuma and Charlie wandered around the area enjoying the sunshine.  Unfortunately, poor Charlie has bad feet, so he and Yuma can't race around, but they still had a good time. 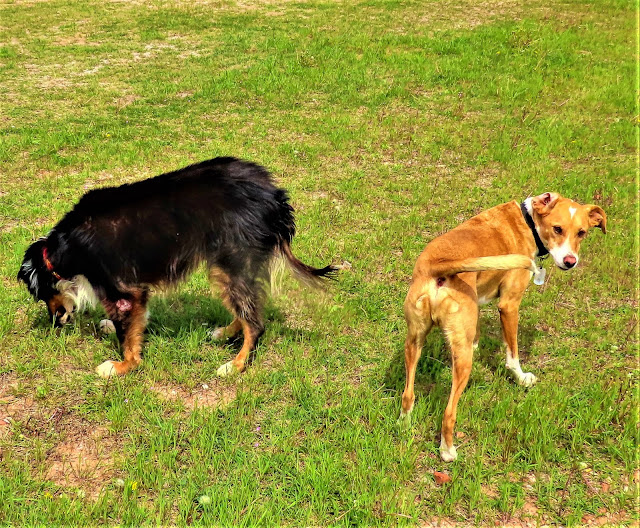 After that, Lorne, Sue and Charlie came over to take a tour of the White Lion.  Charlie quickly made himself at home in Yuma's bed and Yuma was nice about it.  Plus Charlie ate all of Yuma's treats and Yuma didn't say a word.  What a nice host he is:)) 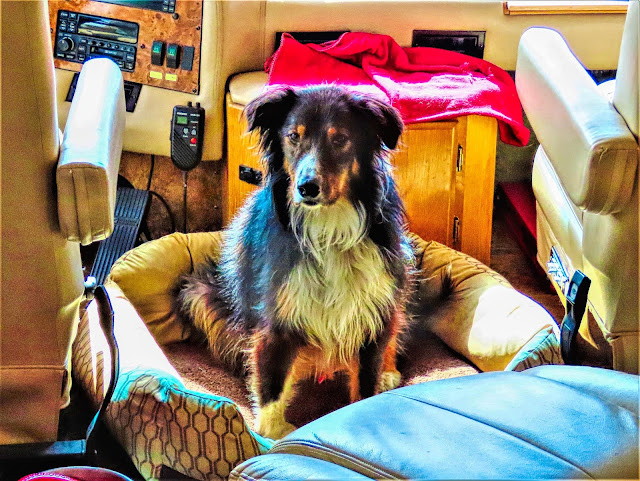 I mentioned a birthday in the heading.  Lorne turns a young 65 today, so Happy Birthday Lorne!  Wish them many more years of fun travels and good health.  What a great picture of the two love birds. 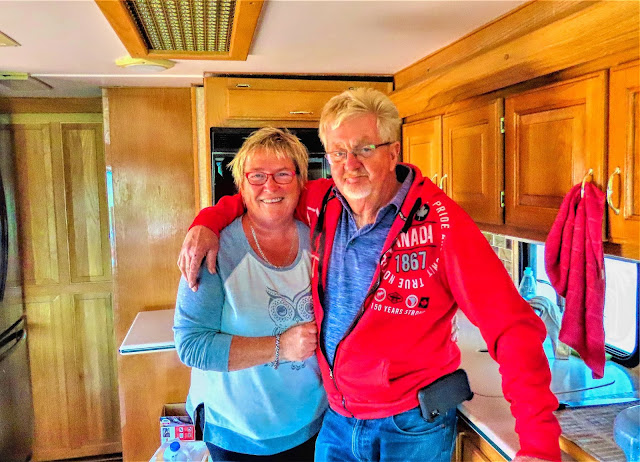 Lorne showed me how to use a few more of the buttons and switches available on the WL.  He showed me how to turn the exhaust brake on and the manual mode to change gears in the transmission for better power and control.  I'll try these out starting tomorrow when we both head out:  them north and me east.

Lorne and I sat on the southside of the WL and chatted till around 5 o'clock when the coolness drove us inside.  So glad I was able to meet up with Lorne and Sue while we both waited for better weather before moving on.

Tonight is Gold Rush so I'm finishing my blog while watching.   About time for dinner and a good night's sleep before moving on.  Stepped outside to take one last picture as the sun set and noticed the wind has died down considerably.  That will make driving much easier tomorrow.

See you later.
Posted by Doug Laning at 8:06 PM