I slept okay last night.  Took three Tylenols instead of my normal two.  For some reason I woke up at 6:30 and was ready to get up.  I guess I'm just anxious to get started on my septic system. :))  I'm walking a little tenderly because my ankles and feet still hurt.

I knew it was going to be a busy day, so wanted to get started early.  Tonight is Survivor night and TV nights are always hectic.

I was on my way to RV Camping World by 9 o'clock after a shortened breakfast routine.  Only 20 minutes up I-10 and they had the RV Hydro Flush that Larry Clark had recommended for $26.  Went right back to the RV and put it on the septic tank inlet and hooked a hose to it and turned it on.

Lots of water went in and came right back out looking brown but no rush.  I then grabbed a long stick and stuck it down the toilet and cleared up anything that was directly below the toilet bowl.  I opened the grey tank too.  No big rush.  Then I ran the water hose into the black tank through the toilet and same thing.  Water was coming out of the tank but no rush and not very dirty looking.

After all this, I decided Nancy was right.  She said these tanks are much larger than the tanks I had in Miss Adventure and they just didn't have a large quantity of sewage in them.  I ran water into each tank and watched the outflow and sure enough, they both were pouring the water out the septic hose.

I also, hooked the water hose to the black tank clean out inlet and I could hear the water spraying in the tank and water when I would open the valve came pouring out fairly clear looking.   The last thing I did was check the gauges for the two tanks and they both said they were empty.  So, I guess there is no problem, I just have large tanks only being used by one person.  Until something goes wrong or overflows I am going to just assume everything is fine.  Simple fix! :))

Now let's get back to Fairbank Townsite.   The town came into existence in 1881 when the railroad came through and it is near the San Pedro River.  It was also the stopping off place for men and women heading to Tombstone.  In 1882 it had a population of around 15,000 making it one of the biggest towns in Arizona.

It is a beautiful day with puffy clouds and comfortable temperatures but maybe a little on the warm side.  Lets start walking.

There were two men working on the long building and the fence was open.  Normally, it is locked behind a fence.  They were on lunch and the gate was open.  Nancy, sweetly asked if we could go in and take some pictures and one of them said "sure".  So, in we went. 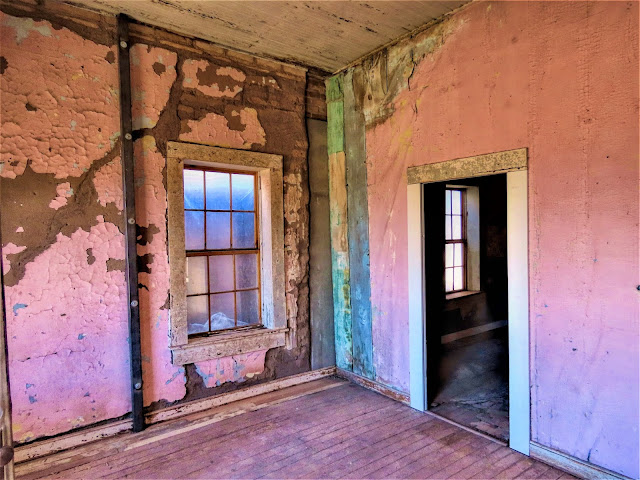 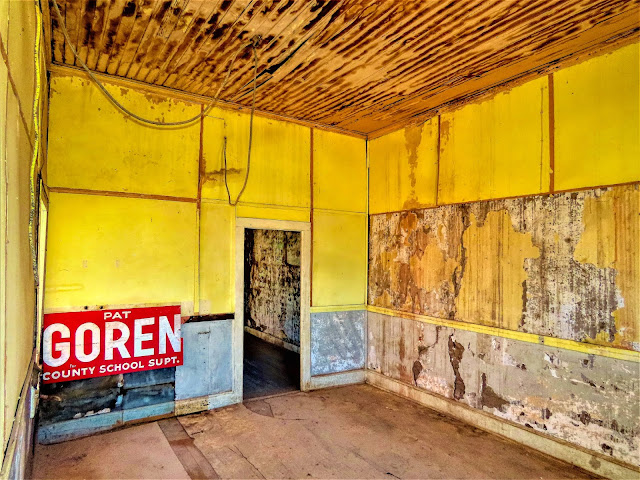 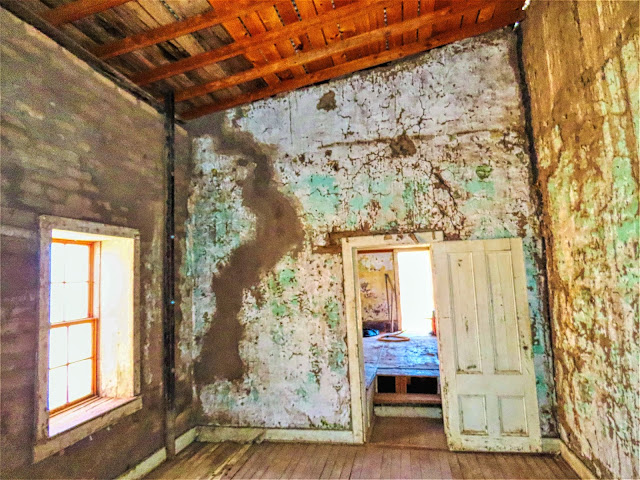 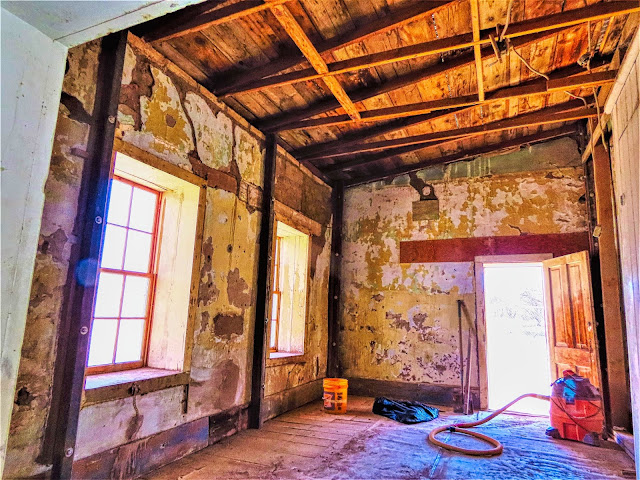 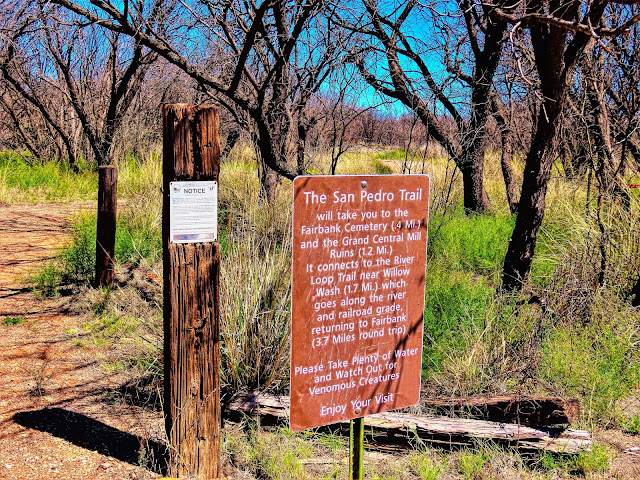 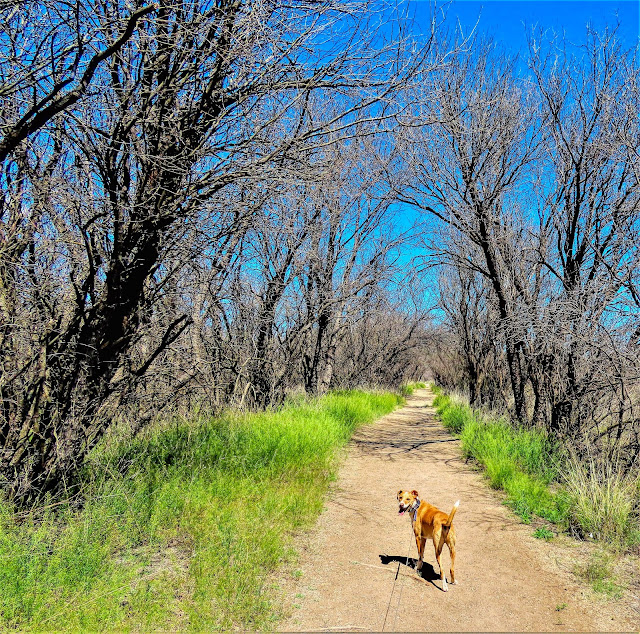 There are lots of pictures of the cemetery, so I'm going to close this post and hopefully tomorrow night I will finish up the remaining pictures of our loop trail hike.