Hiking beyond the Palm Trees

This morning was another nice one and we had our full breakfast from 9:30 to 11 o'clock while lounging in the sun.  Nick has big plans for the day and I'm going to rest.

At noon, Nick went for a 6 mile run and accomplished it in 52 minutes.  He's planning to run a half marathon in April and is getting ready for it.

At 2 o'clock Nick filled a backpack and headed for Palm Canyon. 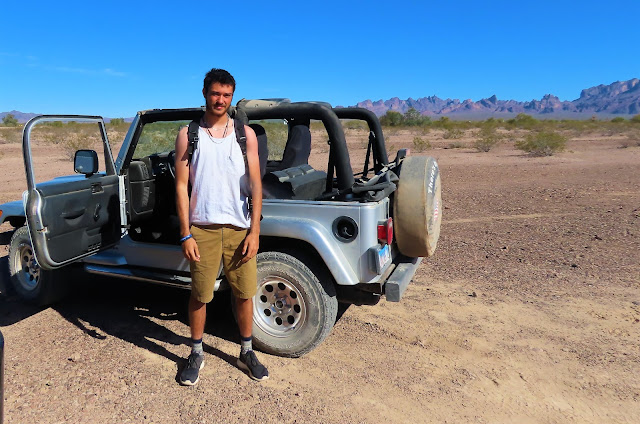 A number of years back Yuma and I tried to hike much further into the canyon to see where it goes, but the huge boulders we had to climb made us decide to turn back before we could accomplish our goal.

Nick decided he would give it a try today. He is better prepared and much younger so I wished him luck and off he went in a cloud of dust 😁

Yuma and I did nothing but lay around till Nick returned.  Yuma worries when one of us leaves so he kept watch.  At 5:30 he was back.  A little tired with running and hiking but he had a great time.

From here it is Nick's story.

It's at this point I had to make a decision.  Maybe I should have started earlier in the day 😕 It's after 4 o'clock and it is a good 45 minute climb or more to reach my goal. 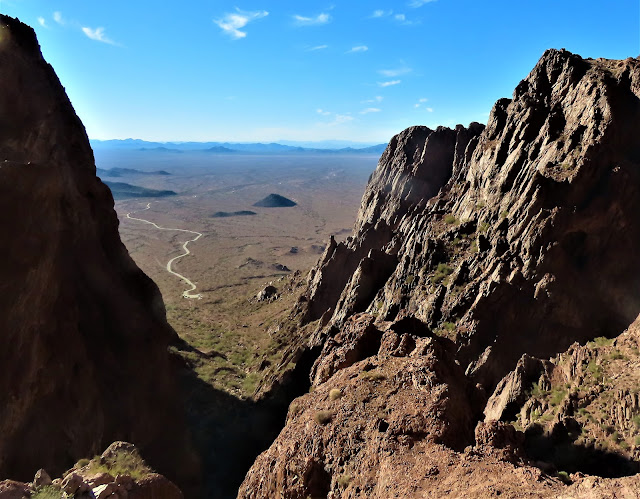 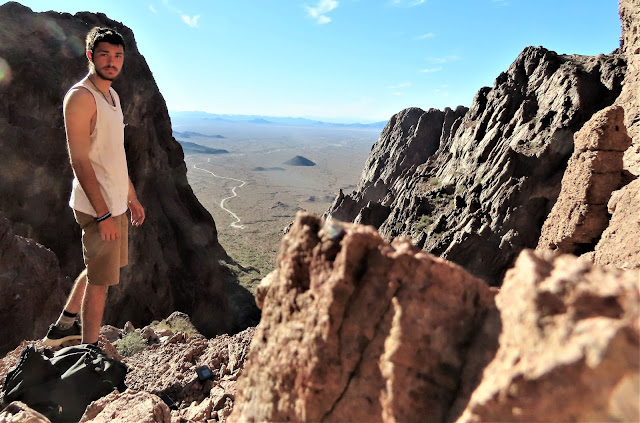 My decision is to head back down to make certain I have time to get home by dark so Grandpa doesn't worry.
Doug again.  We relaxed till dinner of two hotdogs a piece and Yuma gets half of one and the other half we left in the grill pan hoping the Kit fox returns tonight.  Got the flash ready on the camera and we're ready to get a great picture if it shows tonight.
Decided to post the only decent picture I got last night.  If it returns later you will see it tomorrow night. 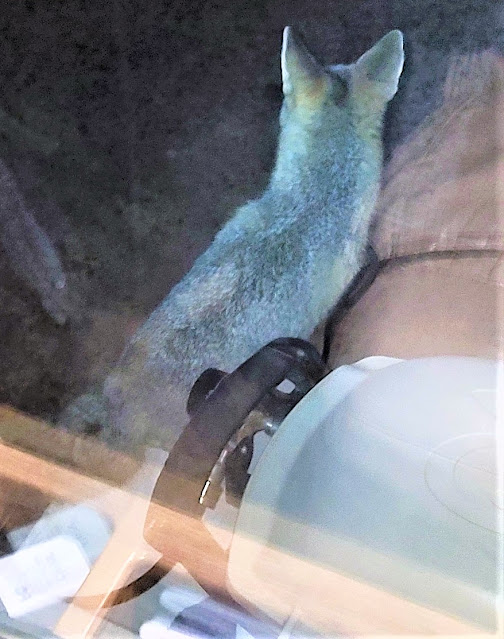 Thanks for stopping by.
Posted by Doug Laning at 9:43 PM