This morning we slept in late till around 9:30.  I found the secret to keeping Yuma in bed longer.  I pulled the shades down so he doesn't see the sunlight 😉

First thing after our walk around, I called Discount Solar in Quartzsite and asked for them to save four batteries of the Group 31 batteries that will soon be sent to them from here in Yuma.  Of course, he wanted to know exactly which batteries and I didn't know, so told him I would call them and ask.

Called Interstate Batteries and asked them which batteries had we decided on and they knew and gave me the info.  He also said they received a shipment of batteries this morning and maybe mine are there so he checked and came back with a no.  Darn, so close!  The nice guy said he would call when they do show up and if I'm still here I'll run in and get them.

It wasn't ten minutes later when my phone rang and it was the nice guy from Interstate Batteries telling me that in fact they were here. 😁😁  I said I would be there soon to pick up four of them.

I'm beginning to sound like Nancy here with all this drama, but I've been having off and on problems with my refrigerator for awhile now, but it always worked okay.  The fan in the fridge portion of the refrigerator would occasionally make a scraping sound when I opened the doors and then the fan would come to a stop.  For a few days the fan wouldn't work at all and because of the lack of air movement my fridge was no longer able to stay at 42 degrees.  It was running 50 or higher.

Being the smart guy I am, I called Mark, you know the guy who wouldn't do the job but told me what was probably wrong with my inverter/converter for $50.  His wife Christine answered and I asked if they would come out and take a look.  When I told her it was a fairly new Samsung residential refrigerator she told me these new Samsung fridges were more than Mark likes to handle.  Too much electronics!

Then she went on to tell me that probably ice had built up on the coils behind the fan till they hit the fan and finally stopped it from working.  All I have to do is defrost the fridge and all would be good.  This advice was free.  Love these guys.  Saved me a lot of money with their advice.😁😁

Around 11:30, I was defrosting the fridge and had pulled four old batteries out for exchange and we were on our way into Yuma. 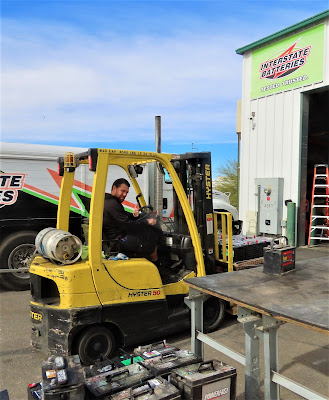 Out with four old and in with the four new.  Didn't take long and we were on our way to get some ice to put in the freezer to keep everything cold for 24 hours.  Got home around 3:30 and lounged around to rest awhile.  The winds have finally died down and the weather is warm and perfect.

Before dark we got to work putting in the new batteries. 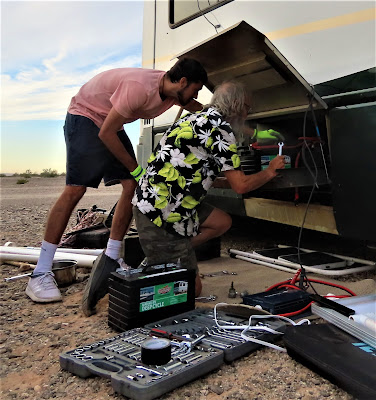 Didn't take long and we were in business.  Nick has been a great help.  So glad I didn't have to lift those heavy batteries around myself.

Unfortunately I won't be testing the batteries with the fridge tonight since if is off and defrosting.  So tomorrow night will be the test. 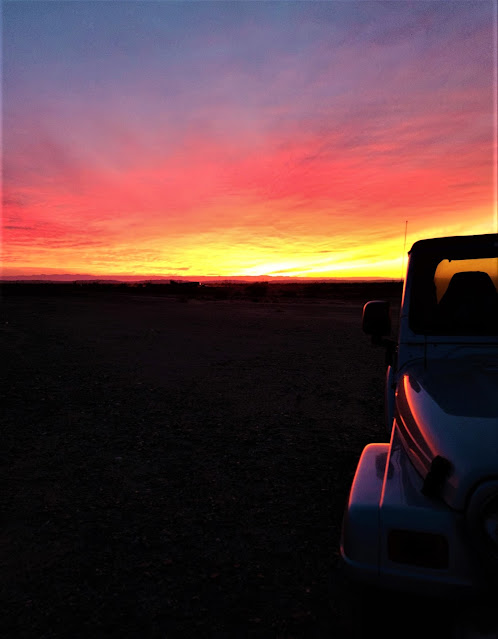 We had a beautiful sunset.

We had a quick dinner and ready to call it a night.  Thanks for stopping by.