Yesterday, after leaving Salvation Mountain with one parting reminder, 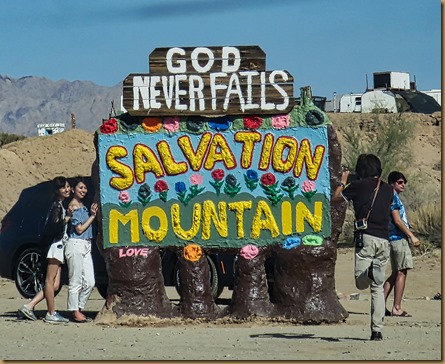 I drove on down the road into Slab City proper looking for a place to stay for the night. 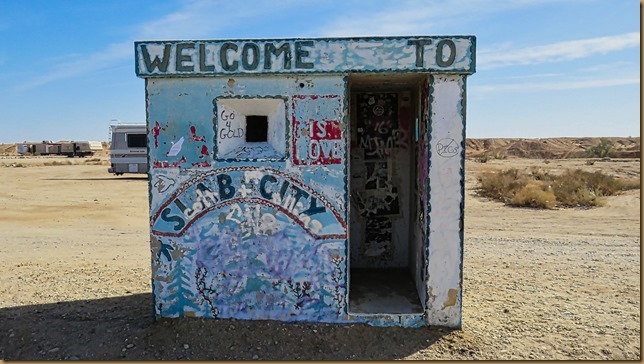 The “city” looked basically the same.  Maybe a little more trash and a lot more crowded.  I guess hard times are here for some of our less fortunate. 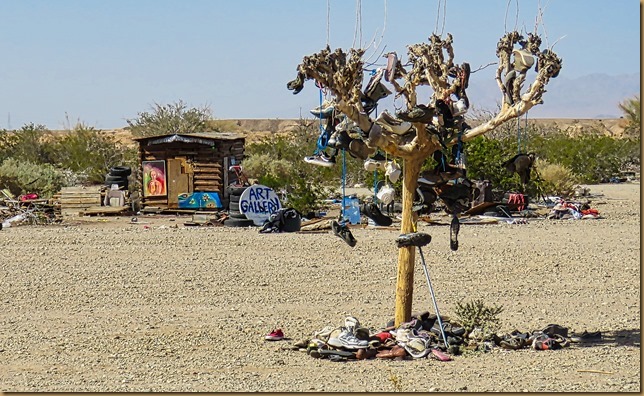 The Sun Works is where Al, Travel With The Bayfield Bunch gets his solar work done. 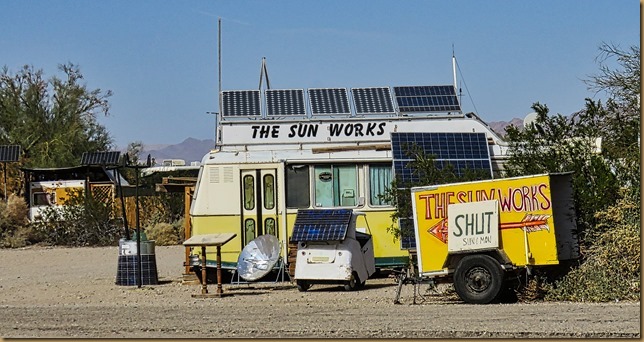 Stayed next to this slab last time I was here, but didn’t like the looks of the neighbors that had moved in so nixed that spot.

I don’t want to leave the impression that this is a nice place to stay for the night.  I didn’t take photos of the trash strewn everywhere and the many residences that look a little rough like this one.

Although, it is worth a drive through and there are some artsy areas that are fun to walk around in and browse their wares.

I drove all the way back to the Slab City Hostel which is at the very end of town.  The road was in terrible condition and didn’t think this was “the place” for me tonight.  So, it was farewell to Slab City and on to new adventures. 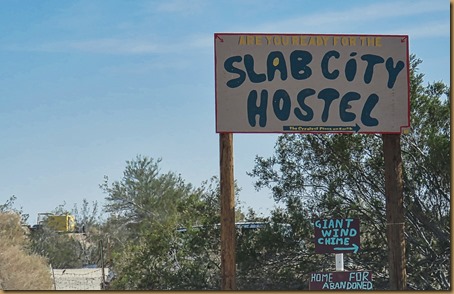 Stopped next to this old mall in Niland, California on my way to hwy 111 for a bite to eat.  Of, course, the lunch was inside the MH. 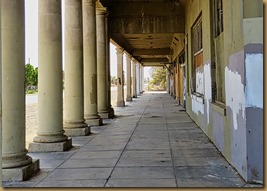 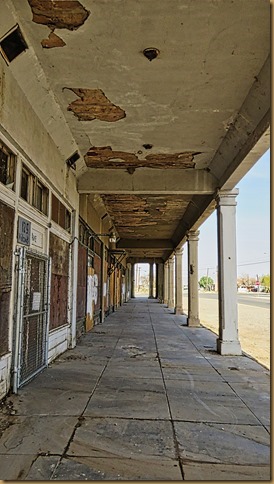 Now to move on up the east side of the Salton Sea through the Coachella Valley.  By the time I leave the Salton Sea this winter, I will have driven all the way around it.  It’s too bad I haven’t stopped to take a look at it.

Well, that is about to change.  Driving along, I started seeing RV campgrounds about every three or four miles and started thinking.  Maybe I should stay at a campground for the night and maybe get some close-up photos of the Salton Sea.

So about 3 o’clock, as I was nearing Mecca, California, I saw a sign to the Mecca Salton Sea State Campground and pulled.  Met the camp host, Judy who pointed me to a spot I could stay for the night facing the sea.  She was nice enough to pose for a photo in her official camp host attire.  Get good tans around here, that’s for sure. 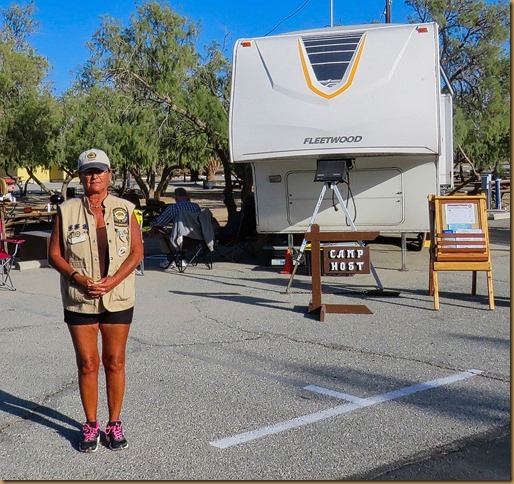 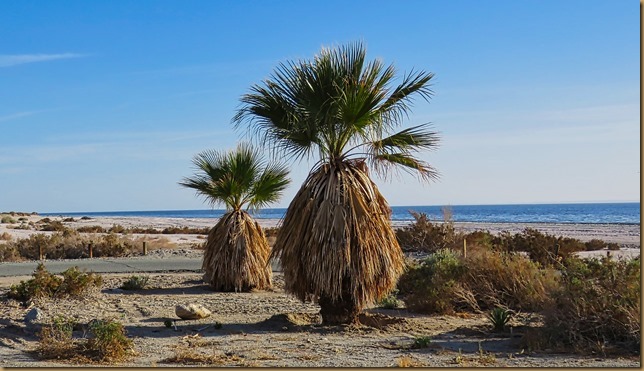 From the wind, the sky was still full of sand and dust making the sun a large hazy golden ball in the sky as it set over the mountains to the west.  Similar to the sunrise I had this morning. Monday morning, I woke up to much clearer skies and a much cooler one than I’m used to.  But, it is refreshing for a change. 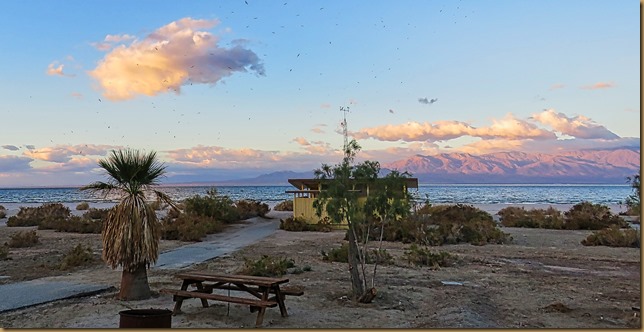 Took a walk along the salt encrusted beach that crunched under my footsteps.  Beautiful puffy clouds with a blue sky and mountains as a backdrop!   The sea was an emerald blue it was so dark.  A little choppy because of a brisk wind coming out of the southwest.

Stopped in Mecca for some medicine and to ask where the post office is located.  Got an important card to mail and not many places around to mail one.  Mecca must be mostly a Mexican community based on what I could see.  This store is certainly Mexican!

Now, I’m ready to travel through Box Canyon and on to my next camping area, not far up the road.  Only about 25 miles today.   My purpose is to meet friends I met last year when they knocked on my door in the early evening asking for help to get their car out of the sand in Box Canyon.

They had hitched hiked back to their RV that was parked about a half mile from my RV and wanted help the following morning to pull their car out.  I said I would see them in the morning and we spent several days getting to know each other.  Since then, we have kept in touch through Facebook.

There are not many areas in the canyon to pull off the road because of the deep sand.  So, I just drove on through.  Don’t need any stuck RV drama in my life right now. 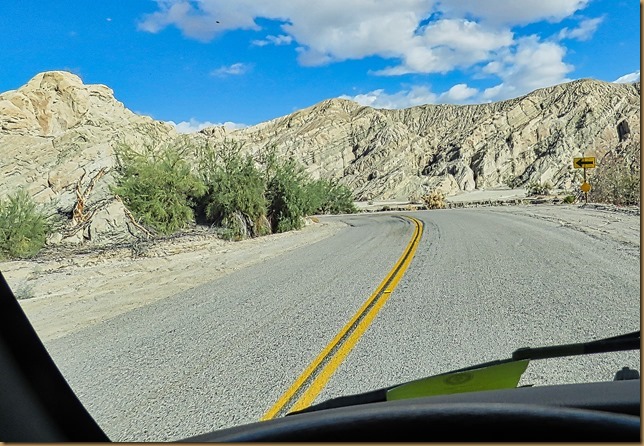 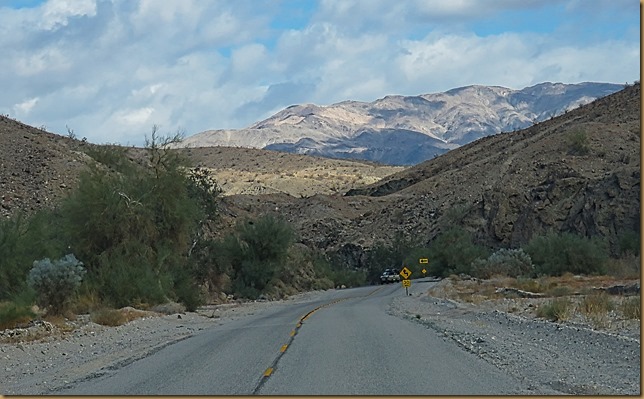 It was a beautiful drive and Box Canyon Road comes out at the entrance to the Joshua Tree NP.  As I drove up the mountain leading into the park, I turned right at the power lines and headed east.  Wasn’t far before I could see a MH in the same place as last year and drove on in.  There were Eric and Shaena making themselves at home. 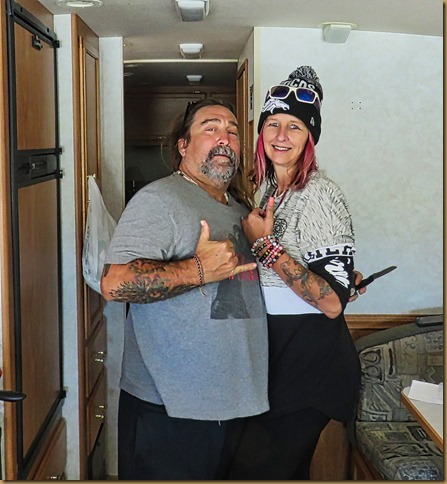 Not often I park near another RV, but this time was an exception.  They’re friends.

We spent the afternoon talking about what has happened in the past year and then went on a three mile search for desert tortoises.  They had found a huge male in his burrow earlier in the morning, so looked for him but he wasn’t home.

As the evening approached and the sun started to set, it became too cool to sit outside.   We made plans to search again tomorrow and have a big steak dinner tomorrow evening and called it a night.  I still had a blog to do. 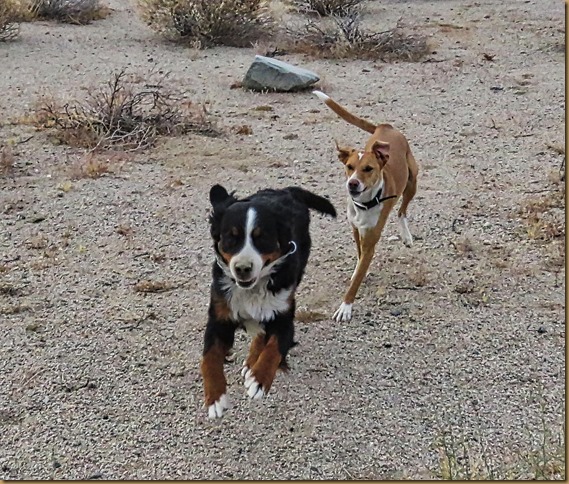 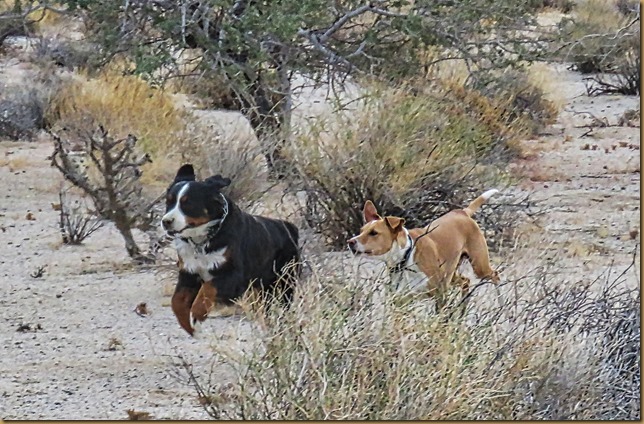 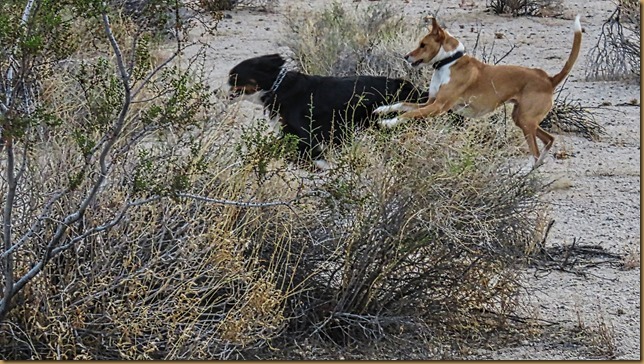 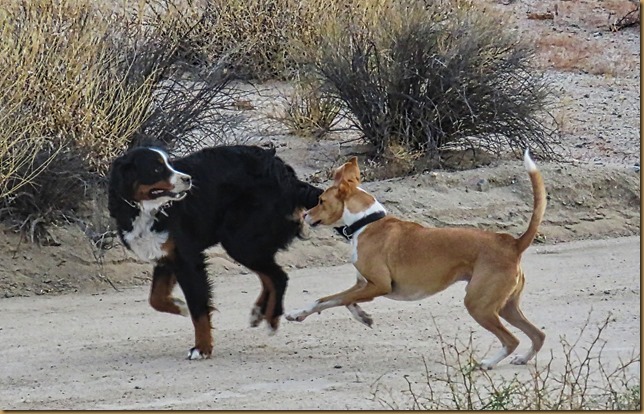 Soon, it was time for us to go on our tortoise hunt.  We walked all down the mountainside towards I-10 looking for one.  We found numerous burrows but not one tortoise. 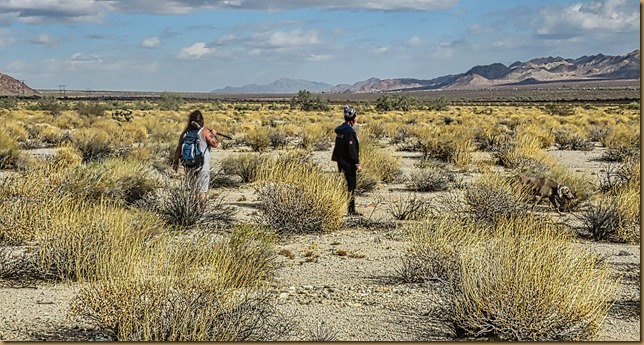 No tortoise that we could see.  We left carrots, apples and cantaloupe slices so we could check back later and see if they had been eaten.  Maybe tomorrow will be a better day.  Hoping to get a photo of one before I leave. 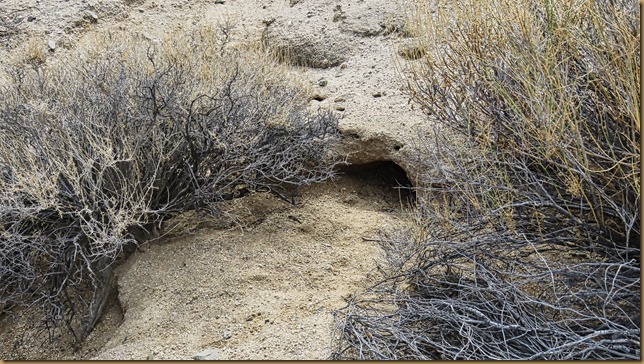 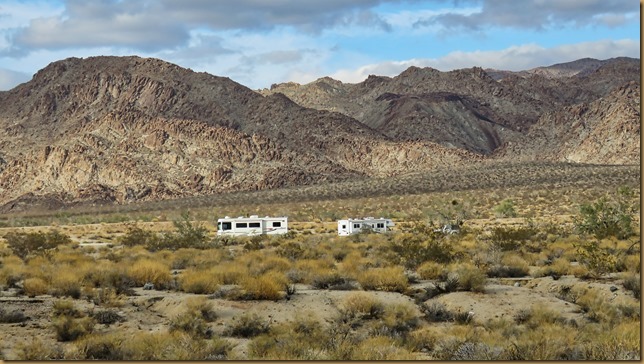 For tonight we’re going to have a steak dinner and relax.