Move to the Colorado River

Location:  Bank of the Colorado River in Ehrenberg, Arizona

Last night while cooking dinner I pulled a real doozey.  I had earlier in the day pulled out a frozen fish I thought.  I had written fish on the plastic bag when I put them in there.

Texted Dolly and asked the best way to cook a fish filet and she texted me the instructions.  Sounded familiar and she said that I had asked awhile back.  This time I saved them to use later :)).

Anyway, I cooked it in the oven and pulled it out, opened it up and squeezed more lemon on it and took a bite.  It was a chicken breast.  Then I remembered I did this exact same thing weeks earlier but forgot to rename the plastic bag.  Top that Nancy! See her cooking post Kissack Adventures.  We would make a great pair of chefs.

Anyways!  This morning I woke really early and instead of seeing sunlight, I saw a sliver of moonlight out my back window. 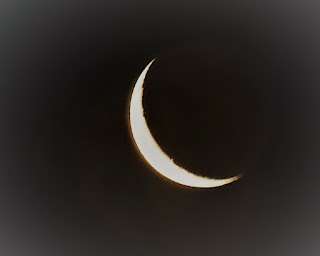 Couldn't sleep so waited for the sun.  Unfortunately, the clouds were now to the East as the sun was rising, but finally almost saw it before I gave up waiting for it to appear.

Today is moving day for both me, Yuma and Deb and Riley.   They are early birds, so left before I was done eating breakfast.  Sure I will see them again down the road. 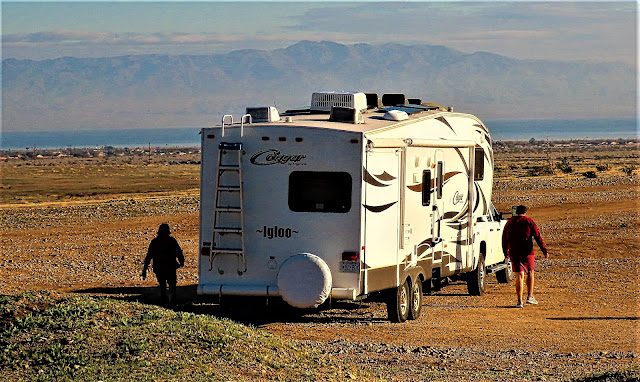 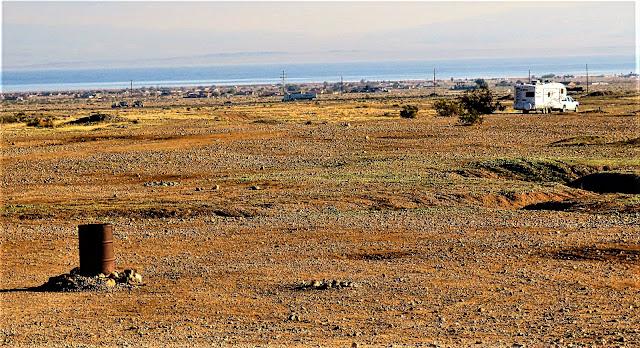 After breakfast, hooked up the Jeep and then Yuma and I followed their lead.  Stopped at the casino about five miles north on highway 86 to dump and take on water.  We were out of there by 9 o'clock and heading to Mecca and the Box Canyon Road.

There was a big flood in Box Canyon in September/October of 2018 and completely wiped out the road.  It just reopened in May of 2019.  Here's what it looks like with a new road. 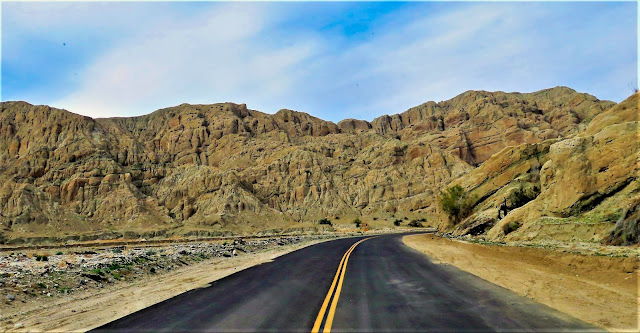 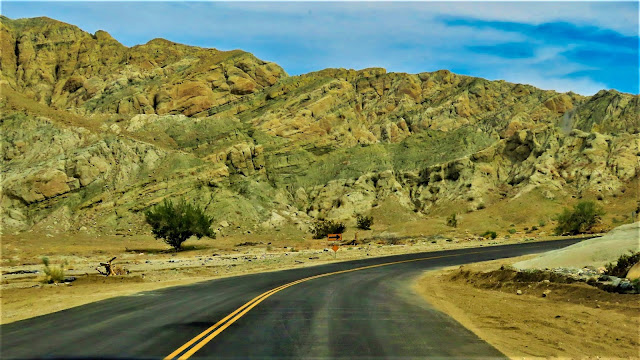 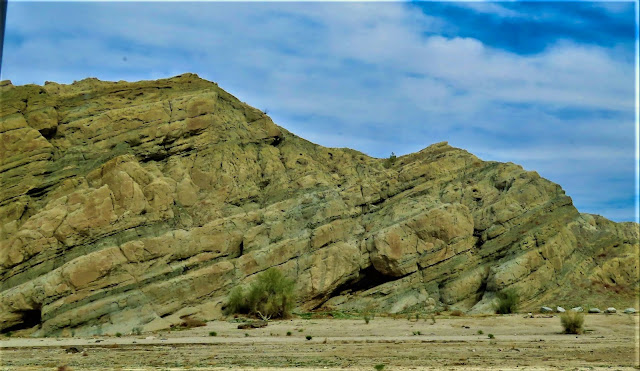 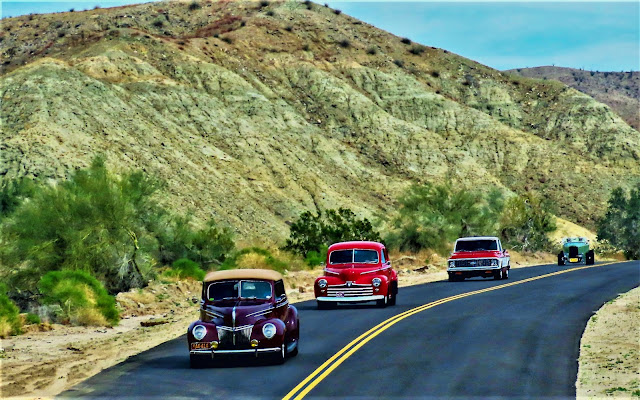 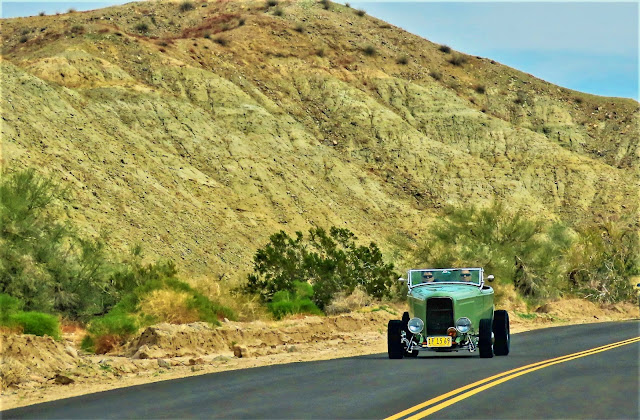 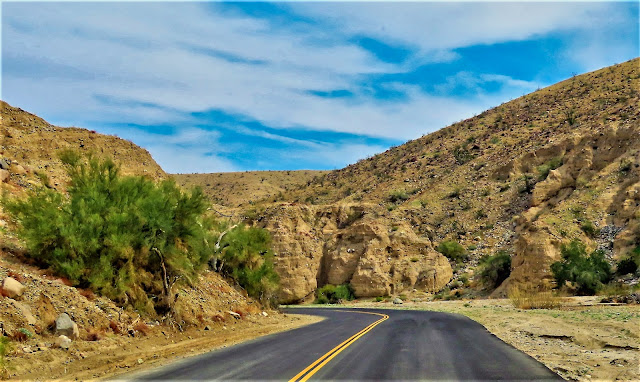 Ninety-five miles later I reached my destination.  Just across the Colorado River separating California from Arizona is the small town of Ehrenberg, Arizona.  Finally, I can get gas for the MH without paying an arm and leg for it.

I am staying in a little parking lot just up from the river.  Almost beautiful, but!  The little parking lot is very near the I-10 bridge, so I will have road noise tonight.  Hopefully, it won't be too bad.  I did drive the Jeep around late in the afternoon in search of a better location, but didn't find one. :((

But, I was able to get some pictures of the river. 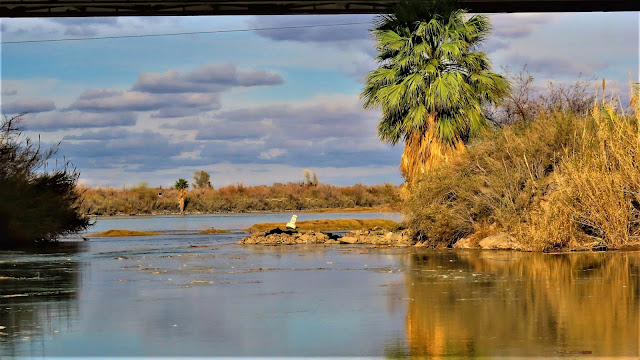 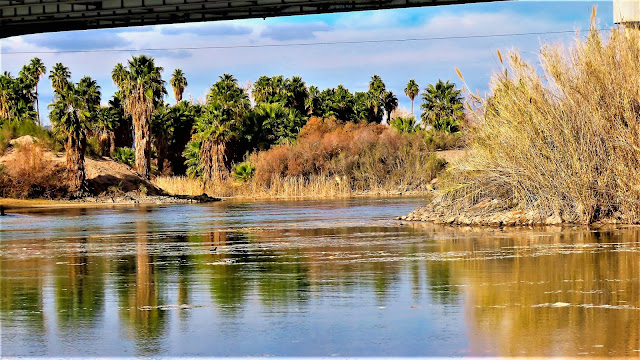 Later in the day towards evening I went back down for more pictures. 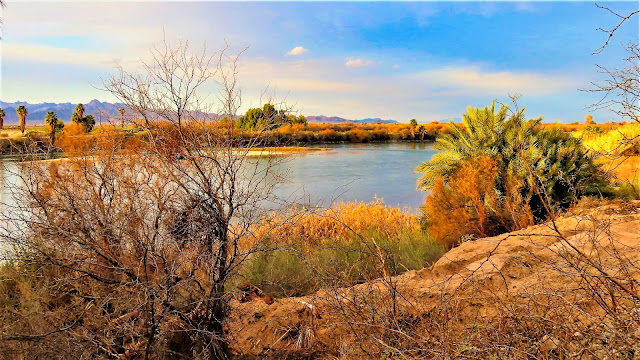 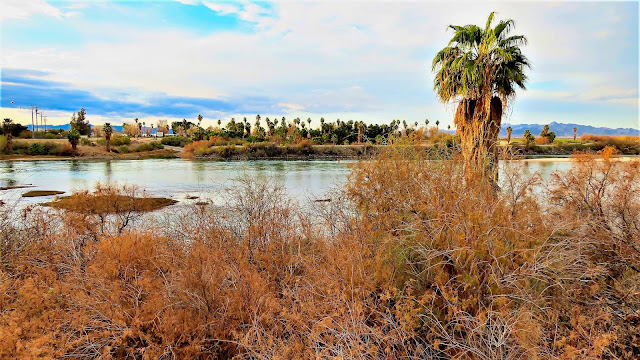 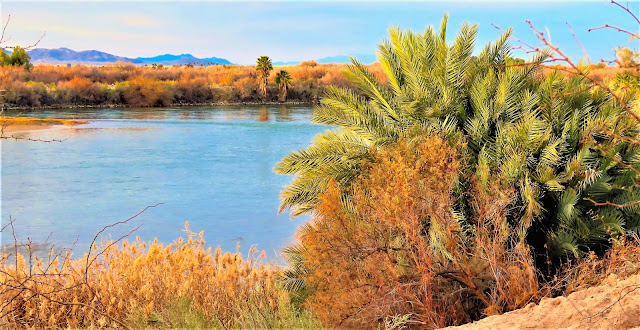 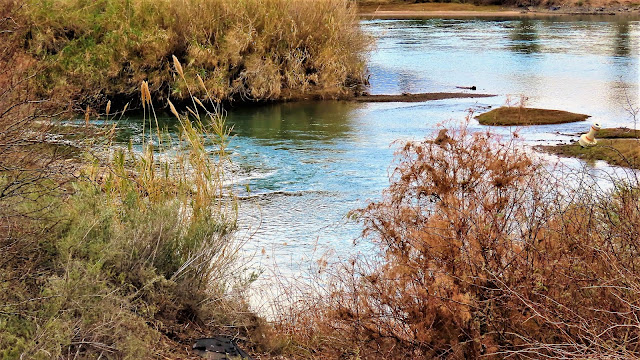 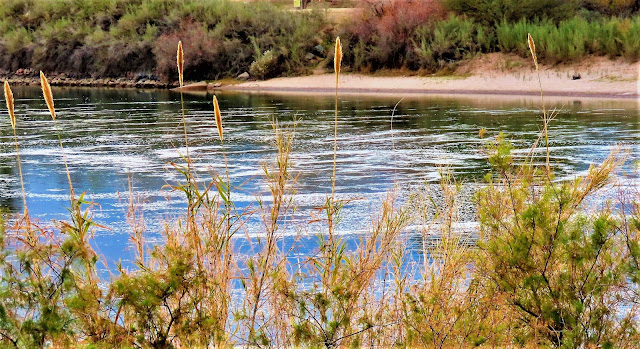 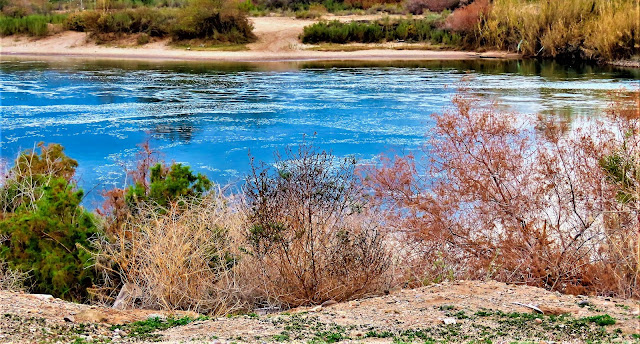 I've decided to stay the night since it is so late in the day and I'm sure Quartzsite is a zoo.  I'll just wait till morning before going in search of a new home there.  I'm tired now and don't need the hassle today.

Time for dinner and bed.  See you later. 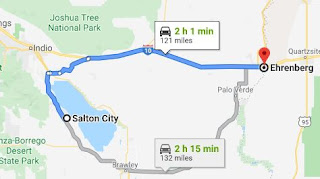