Arches in the wash and NFL Play-offs

Had a very busy night trying to get everything done and didn't get to bed till around 11 o'clock.  Then I woke up at 3:30 and couldn't go back to sleep.  Got up just before the sun around 6:30.  Didn't have breakfast.  I'll eat later.  Looks like another gorgeous day.  About 50 degrees already with no wind and a promise of 75 later today.

Last evening, Yuma and I made plans for Deb to take us on a hike to an arch in the washes to the West of our camp.  We headed out at 7 o'clock with the sun just peeking over the the Chocolate Mountains to the East of the Salton Sea.

Yuma loves to run the washes and this morning he had someone else to show off for.  He's a clown, running up and down and through the washes, zooming just past our feet. 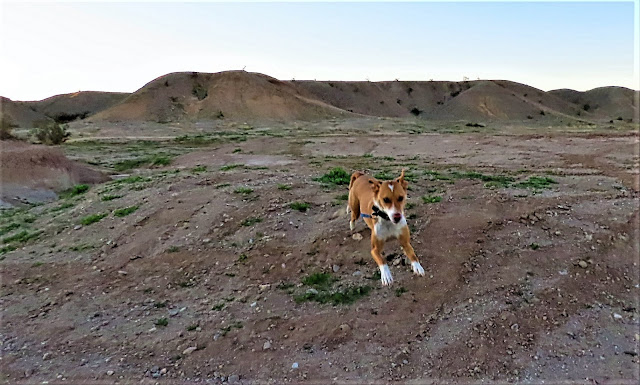 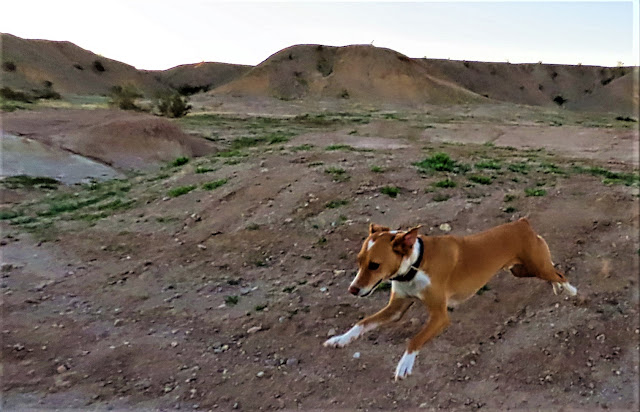 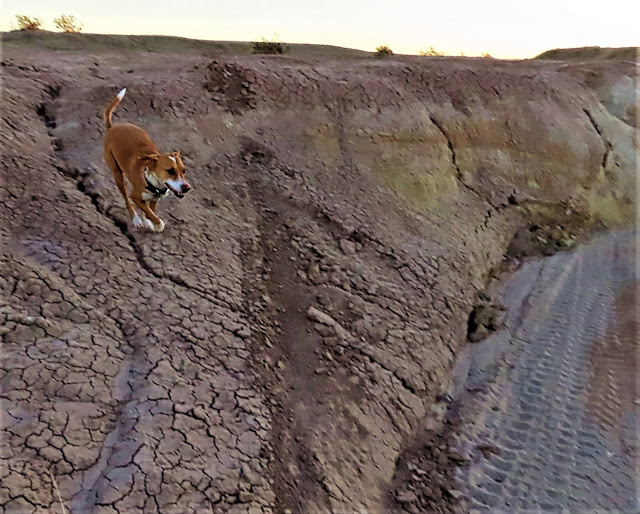 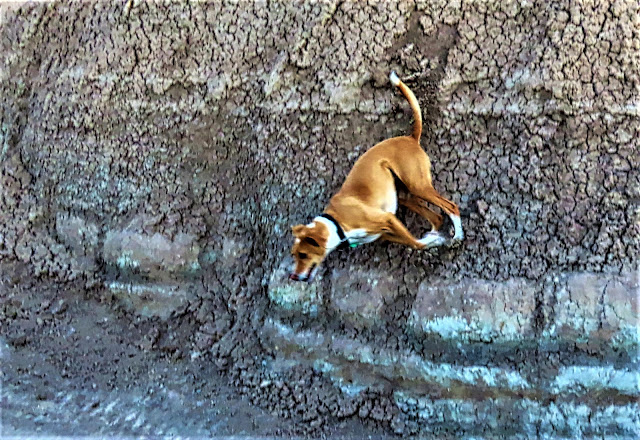 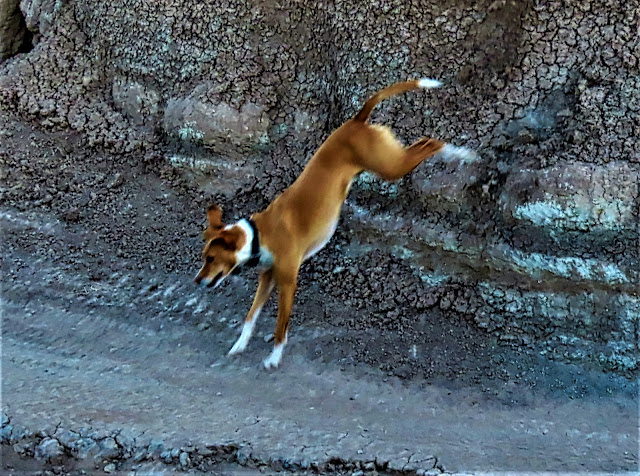 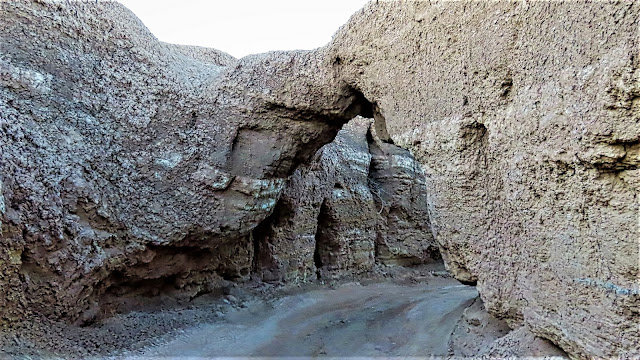 We walked to the West for about one and a half miles and I decided that was my limit for today.  This will be my longest hike so far this year and with the hike back it would be three miles so I didn't want to overdo it. 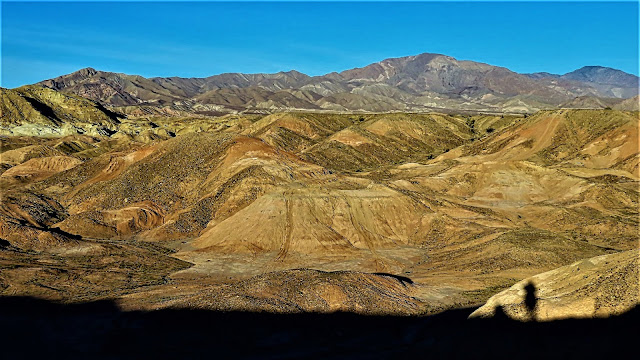 As we were walking in the wash on our return, we could hear a drone above and soon these two gliders were above us.  I bet they were getting beautiful views. 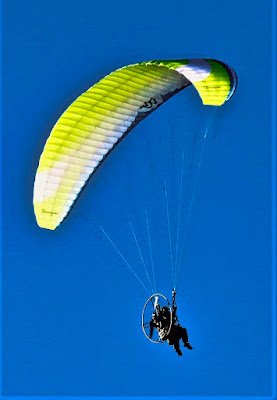 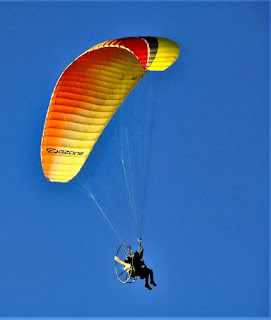 After returning I went in to get breakfast going and turn on the TV in preparation for the two play-off games.  Kansas City won handily against Tennessee.  I was for my old hometown team, the Kansas City Chiefs.  Watching the second game hoping Green Bay will come back, but my gut tells me they won't.

During the day the desert dune buggies and bikes continued their racing through the area. 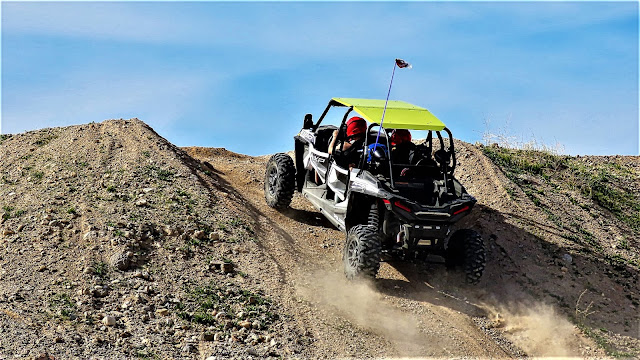 The kids learn early.  Father teaching his son or daughter how to bike over the hill.  Didn't happen today, but soon I'm sure. 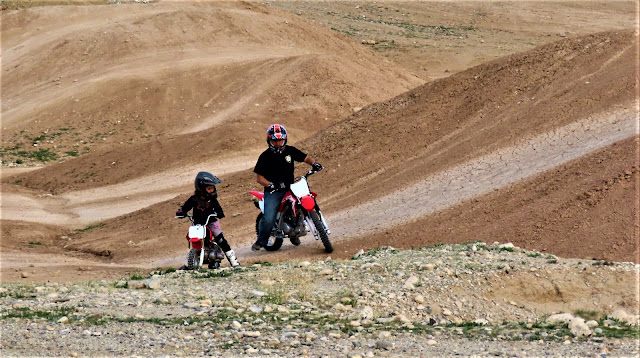 Cloudy and warm this evening, so will leave you with this evening picture.  Our military at work.

Time for dinner.  See you later.
Posted by Doug Laning at 8:25 PM