Split Mountain and beyond

Last night I decided I would have mushroom soup and a salad for dinner since I forgot to thaw any meat.  The instructions say to add milk and if you wanted it thick, add a can of milk.  I did that.

Didn't watch it very carefully.  I didn't know that milk foams up fast when heated on the stove. 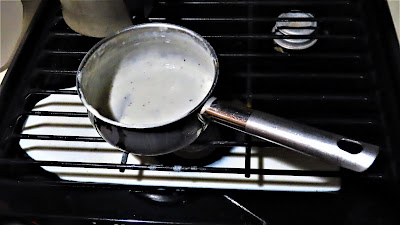 See the white stuff under the burners?  That's what I had to clean up and it was a mess.  Plus, I discovered I hate mushroom soup.

This morning, Yuma and I took a little walk before breakfast.  This area is riddled with washes snaking everywhere and they aren't little.  I actually got up a little after 7 o'clock this morning.

I had a nice breakfast with two eggs and three slices of bacon.  Of course you know I also had ten Ritz crackers with peanut butter and cheese on each and two cups of coffee.

Last night, Deb, Riley and I decided to go to Split Mountain.  I have been there a number of times, but they haven't.  We left camp at 10 o'clock in my Jeep with Yuma.

I took a lot of pictures and the day was very long and tiring, so won't post the whole days' events tonight.  You'll see more tomorrow night.

Split Mountain is just South of Ocotillo Wells, about 40 miles South of where we are camped.  At 10:45 we were beginning our drive through the wash that over the ions has eaten the soft material in the mountain away, leaving a wash that cuts through it today. 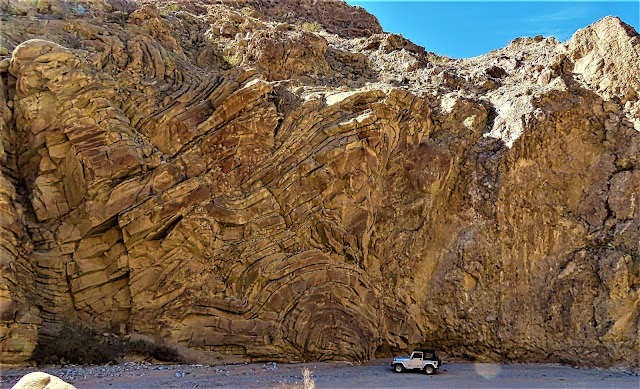 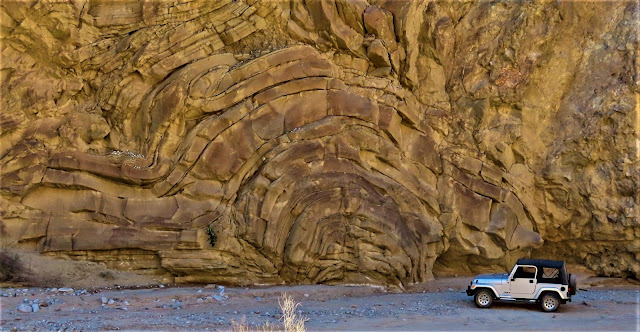 From what I've read the waves in the rocks around here were caused when the ocean floor millions of years had a sudden upheaval.  Left beautiful markings. 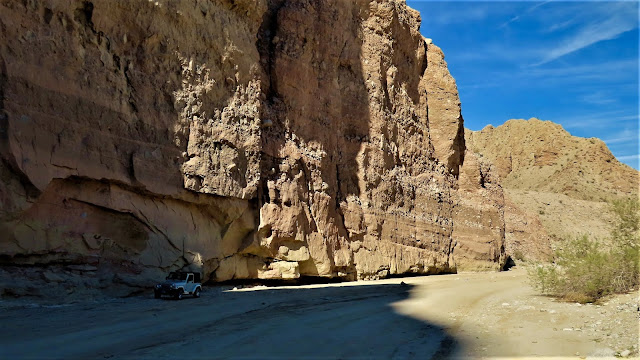 Rather than give my impressions of the pictures, I will just let you look at them and get your own impressions. 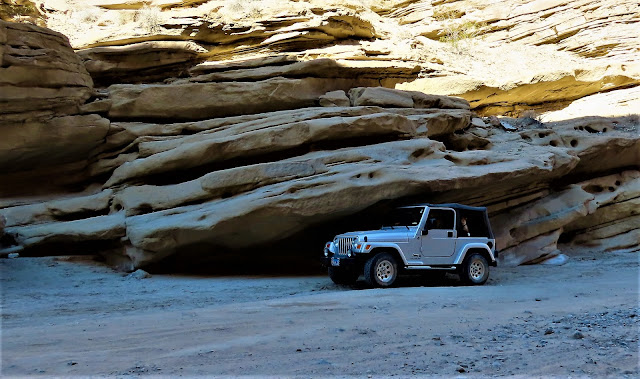 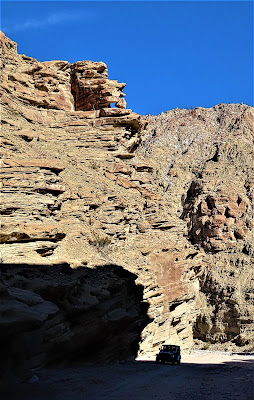 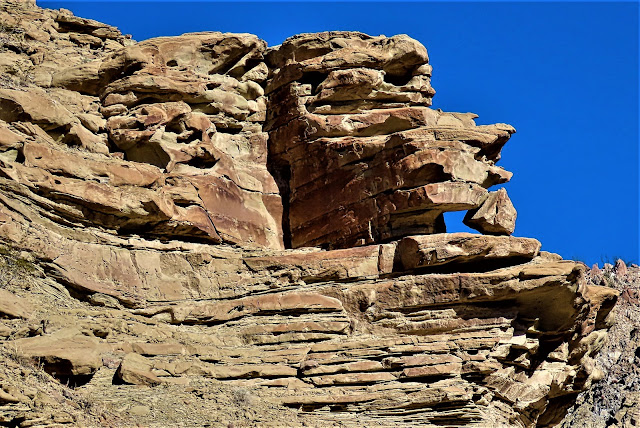 It wasn't long before we came out the other side of the mountain, but the wash continues for miles.  I had remembered there are several slot canyons and beautiful views further on, so we kept driving. 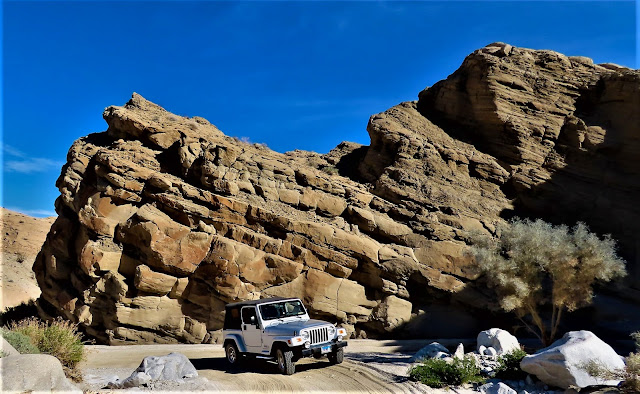 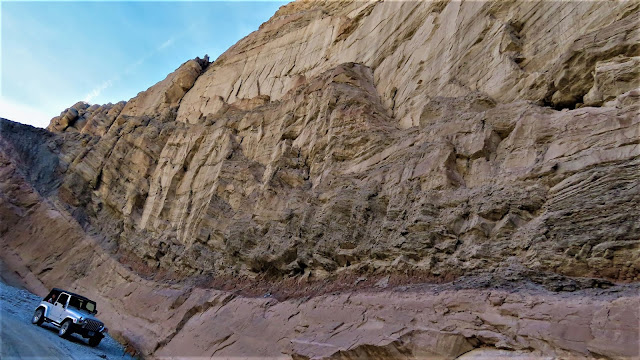 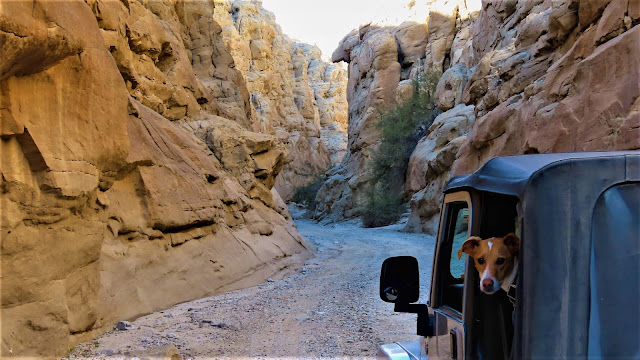 Unfortunately, the slot canyons became unpassable in the Jeep, so we did a lot of walking.  So much so, we were very tired by 4:30 when we started heading back. 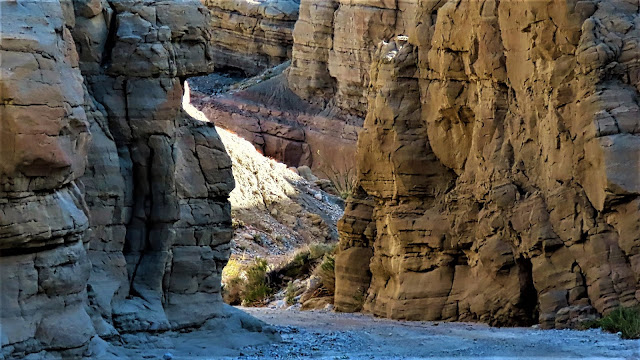 It is late and as I said, Yuma and I are vey tired.  Still got this blog to do and eat dinner, so I will call it a night here and travel on tomorrow.
I'll let you know tomorrow night.  See you later.