American Girl Mine and the Tumco Ghost Town

Had a great breakfast this morning at our nice spacious new home site.  They said it was going to be cloudy all day with a 20%  chance of rain.  They were wrong, the clouds went away and it got to 72 degrees today.

Dolly was feeling a little under the weather today, so I headed out alone around 10:30 to see some sights within a few miles of our place.  The first place I went was down American Girl Mine Road north towards the mountains.  I could see the tailings of the old mining operation dead ahead. 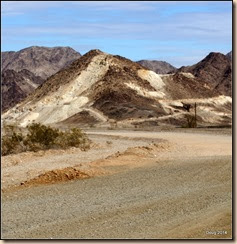 As I went around the pile, I could see an old wooden structure up on the hill. 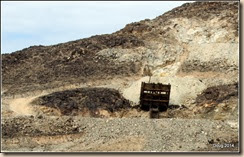 Looks like it was support for the hill so trucks or wagons could dump their rock load over the edge to waiting loaders, but that was all there was to see.  As I was standing next to it, I could see an active mine just a little further up in the mountains. 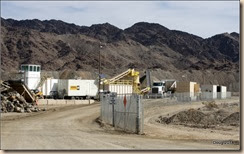 Huge trucks were coming and going taking the rocks and dirt to some other place to process.

I guess there is still gold in “them thar hills”!  Here is an old excavation dig, similar to what they are doing within the mining area. 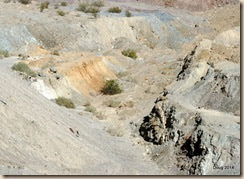 On my way out of the mining area, I could see RVSue’s BLT and PTV off in the distance off American Girl Mine Road.  Didn’t stop by as she does not like unexpected drop-ins.  I respect that.

Her blog rvsue and her canine crew is one of my favorite sites.

I then headed about 5 miles down Ogilby Road north to the Tumco Ghost Town. There was a Historical sign at the turnoff to the east.  Went about half mile toward the mountains and I could see four very old metal tanks.  They may have held water at one time for the town.

They had a walkway around what was left of the town (not much).  First stop was the cemetery, located on the north west side of the town.

Looked lonely there.  Looking west past the town, there the mountain range loomed.  It was in these mountains where they stripped the earth looking for gold. 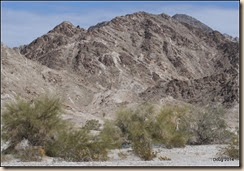 Further along, there was part of a stone wall of what was left of an old building. 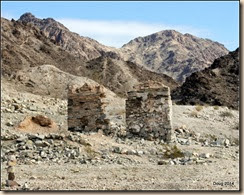 A slab floor was near by.

On further there was an old bridge over a wash and behind it further to the north was an old concrete building.  Was the most intact thing in the town. 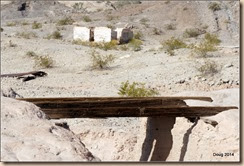 Not everything is dead in this town. 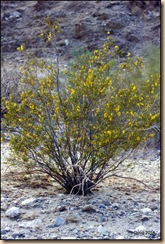 On the south side of the town, I could see crumbled down stone structures along a sandy road.  These were probably homes.

After going through the Tumco ruins, I drove across Ogilby Road to the Historic Gold Rock Ranch.

The ranch is over a mile going east on a dusty sand road.  It is basically, an RV park and tourist attraction.  They did have many old relics in the office building and some interesting ones outside.

Wandered back into our camp about 2:30 hungry and thirsty after my sightseeing tour.  For the rest of the day, me and Fergie sat outside and got sun tans.  Had another beautiful sunset! 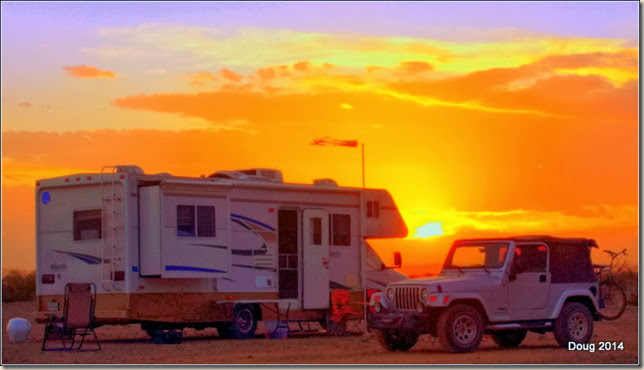