Another beautiful day and didn’t do too much today.  There are ruins of an old homestead at the Y in the road coming to our place.  Today, I decided to take photographs of the decay that was left.  I have read that there was a small town named Darby Well in this area and maybe these ruins were in the town.

Before stopping to take pictures, Dolly and I went into Ajo for groceries and water.  As I was driving back, I took a couple more pictures of some places in town.  This building sits just off hwy 85 within the city limits.

Here is a look at the front.

There are three signs above the separate parts.  “Cafe, General Store, Rooms”.  Everything you want in one building.

This is the old Ovrley School built in 1899, located right down town near the mall.  It is still used for adult classes and indoor events.  It looks ahead of its time with such beautiful features and strong structure.  It looks a lot like the older 1950s schools in big cities around the country.

They have built a new school on the south side of town, but it doesn’t look half as nice as this one.  New one probably has air conditioning though. 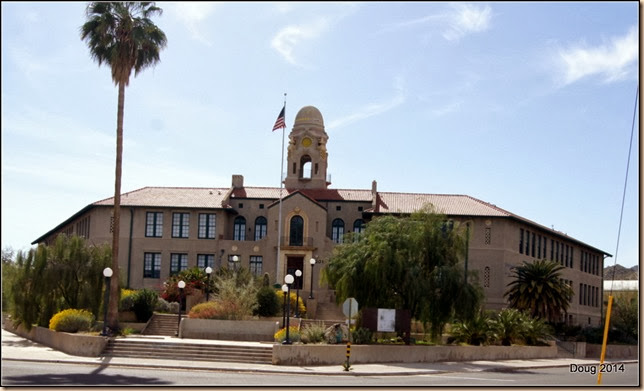 The Calvary Baptist Church located near the old school is just beautiful. 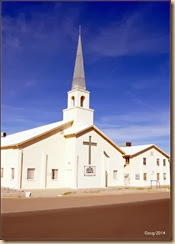 After helping to put up the groceries and water, I headed out to the ruins.  As I went under the barbed wire fence surrounding the area, this is what I see. 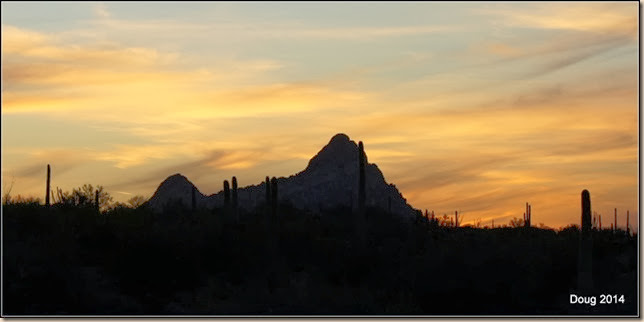