Took it easy today.  After breakfast, I drove the 10 mile scenic route from Darby Well Road around the west side of Camelback Mountain, also known as the “A” mountain that reigns over Ajo.

I had heard there were mines back there and did manage to find one.  But, it went straight down and the sides were nothing but loose gravel, so I heeded this sign. 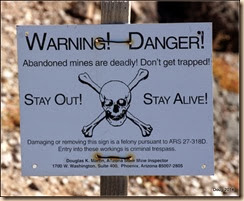 I did drop a rock down and it sounded like about 20 feet to the bottom.  Will never know if it went into the hill below or was just a hole in the ground.  Could not even take a picture down in it, because of the loose gravel around the hole.

Went further down the road and saw a walk path going up the mountain, so walked up thinking I would get a great view of Ajo, but instead I was on the west side of the Ajo Copper Mine. 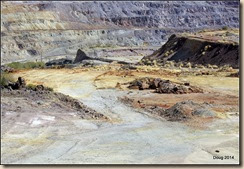 I knew it was private property, so did not go all the way down and look over the edge up ahead, but I wanted to.  This looking south over the drainage area of the mine toward where we are boondocking just over the wall of the mine at this end of the valley. 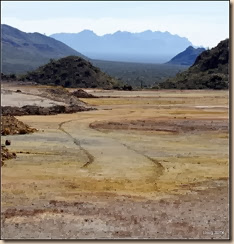 As I came off Camelback mountain, you could look to the north and see Ajo below you. 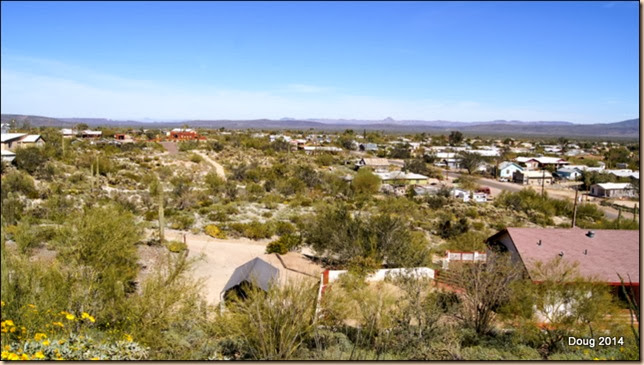 Drove past the Greenway mansion on a hill overlooking the mine on one side and the town on the other. The Greenway’s owned the Ajo mine.  The mine closed in 1984.

Drove by the historic hospital that is closed now.  It is for sale for a mere $390,000 if you are interested.

I missed this mural on the back wall of the building that had the mural I showed you yesterday.  Didn’t know about this one till today.

Went home and had lunch, then later in the afternoon, I took another jeep ride into the hills around here.  This is what our boondocking area looks like from high up. 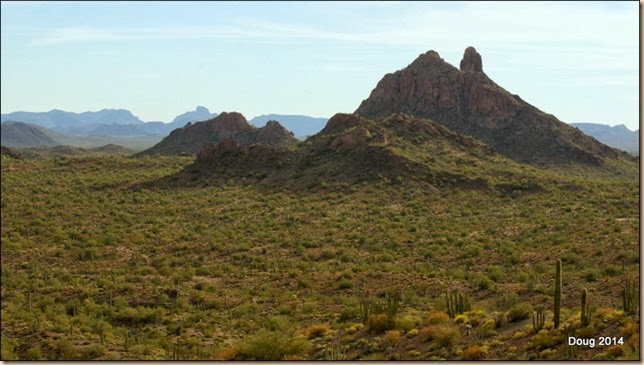